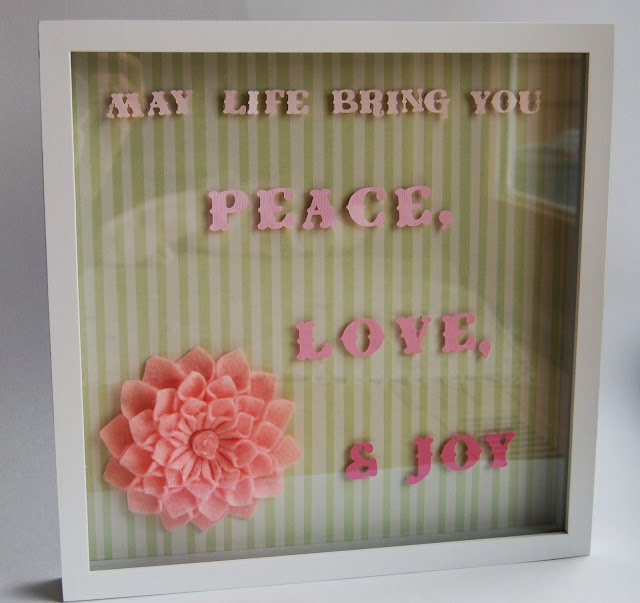 There are a few kids in my life that I love almost as much as I love my own children. And most of those kids are my nieces and nephews. Recently, my brother’s beautiful daugher, Carina, turned one.

She is such a sweetheart. I don’t get to see her even half as much as I would like to, but even with that, she let me pick her up, toss her around and play with her. Everything an aunt dreams to do with her niece on her first birthday. {GUSH}

(I should also say that the other best part of her birthday was watching her grunt serious disapproval and bat away my brother’s hand as he tried to snag small pieces of her birthday cupcake. It was awesome. She might have gotten her possessiveness of food from her Aunt Lisa.)

Anyway, I love giving my nieces and nephews something from my heart for their first birthdays. When my other brother’s son turned one, I gave him a book with pictures of him throughout his first year of life with his family members and talked about how much everyone loves him. When his younger sister turned one, I gave her a piggy bank that I had hand decorated with a message of how loved she is. And when Carina’s older brother, my godson, turned one, I did a framed picture of him, stating “You are precious to God.”

I have been thinking about what I would make for Carina for like the last six months now. For some reason, I really wanted to give her something that would tell her all I hoped for her in life. I thought about ordering a necklace for her with the words, “Peace, Love, & Joy” on them. But it was really important to me that it be something I make.

And then, I came across a pin for these beautiful felt flowers on Pinterest (I’m currently starting a 12 step program for those of us addicted to pinning). Better yet, it was something my sister in law (Carina’s mom!!) had pinned! Pinterest is like the cheaters guide to gift giving (hmmmm . . . I really need to create an account for my husband and have him start following me). 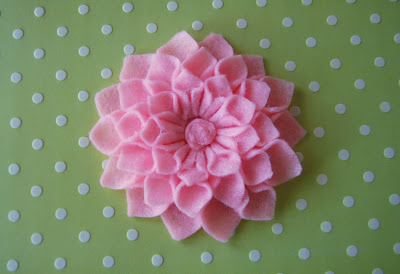 Aren’t they beautfiul?? I’m absolutely obsessed with making these. When all my posts start to be about felt flowers, someone stop me. 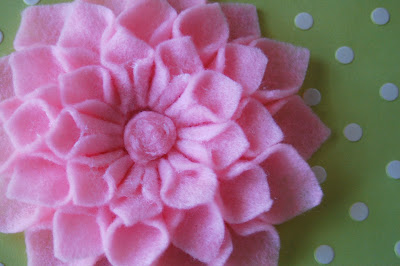 The rest of Carina’s blessing is made using my *new* Silhouette, scrapbook paper, a shadowbox, and foam squares. 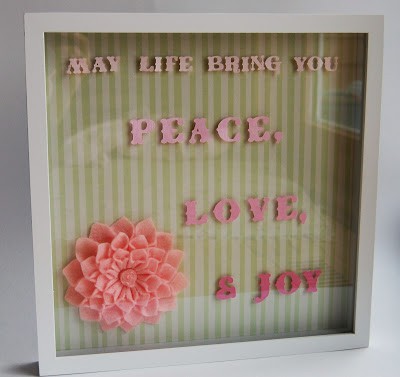 ** Note to self: Take glass out before you photograph it! 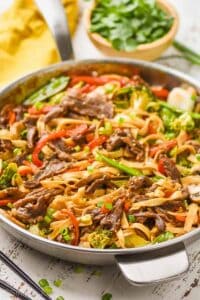