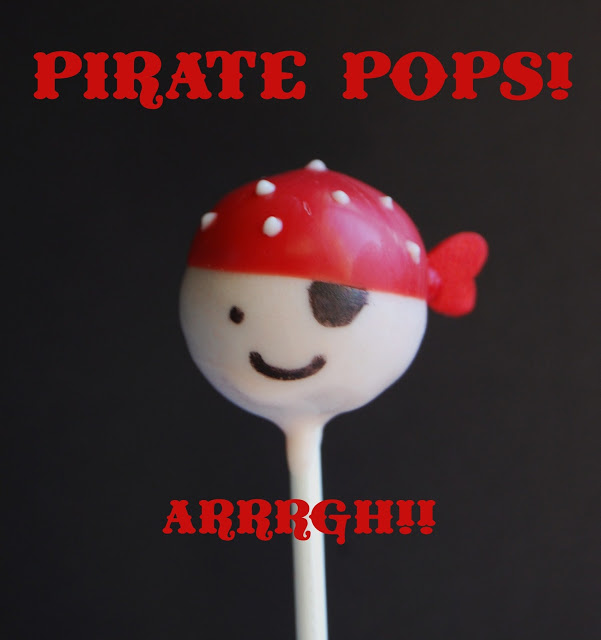 Recently, my friends, Nicole and Tom, celebrated the first birthday of their son, Jack. Nicole and Tom are awesome. I met Nicole at work when I was pregnant with Gavin. She is, very honestly, one of the nicest people I have ever met. I’m not sure if I’ve ever heard her say an unkind thing about anyone. But she’s not a weird, disingenuous, blowing sunshine and rainbows kind of person either. And Tom’s pretty cool too. (Ha! I always tell Tom how lucky he is to have snagged Nicole, but they are both pretty lucky.)  Given how wonderful Tom and Nicole are, I can’t wait to see what a great little man Jack grows into. This is Nicole, Tom, and Jack doing Al’s Walk with us for Elliot. 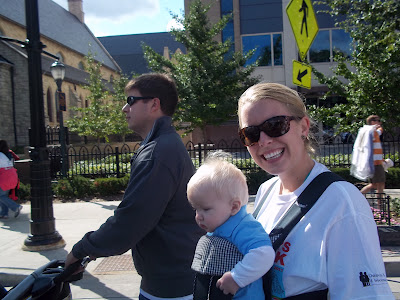 So when I found out that they were throwing a pirate party for little Jack, I knew that I had to make these pirate pops from Bakerella’s Cake Pop Book. I love these! Bakerella’s book has a ton of wonderful pops, but I probably love these the most. 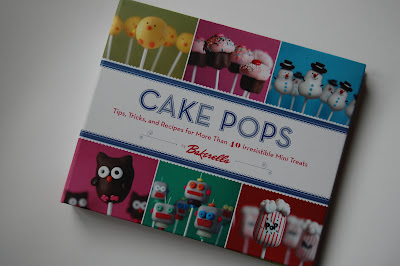 Bakerella uses a white confetti for the dots on the bandana, but I used melted white chocolate and a tooth pick to make the dots. The idea of placing each piece of confetti on seemed like more than I could handle. And the tie and knot of the bandana is Jumbo Heart Sprinkles and the red from this bottle of Rainbow Chip Crunch Sprinkles. 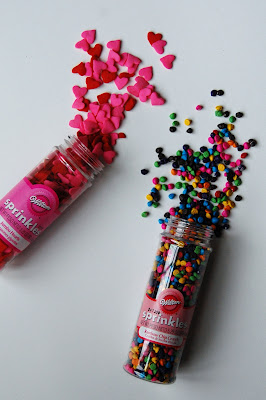 For the pirate’s pale pale skin (shouldn’t the pirate be more tan, with all his time spent swabbing decks and walking planks?), I added some pink, orange, and brown food coloring gel until it was a . . . I hate to say “flesh color” because well . . . there are lots of colors of flesh, and this one certainly isn’t mine. But for lack of a brain that can come up with better terminology, I added pink, orange and brown until I came to a color that looked “fleshy.”

Should I be giving you the step by step of how to make these? I have absolutely no pictures of the process. Bad blogger! Oh well, here goes: 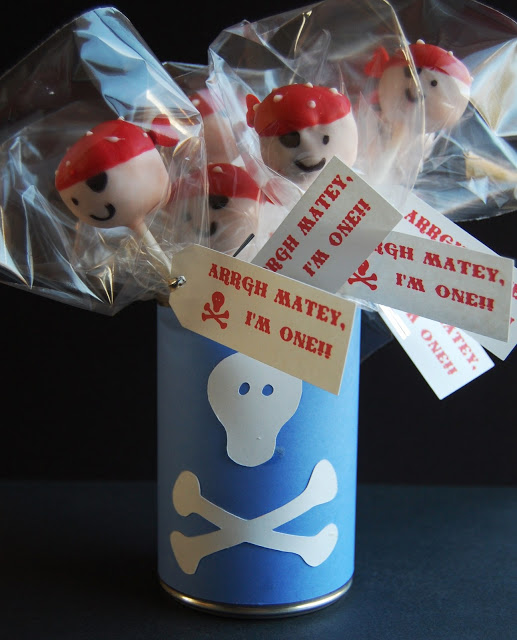 Happy  Birthday Jack!! I’m so glad we got to be part of your special day, Matey! 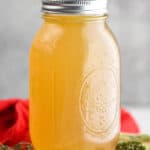 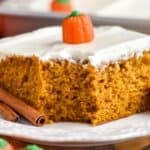 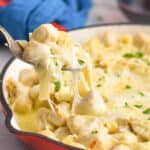 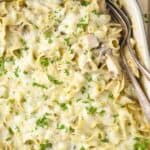