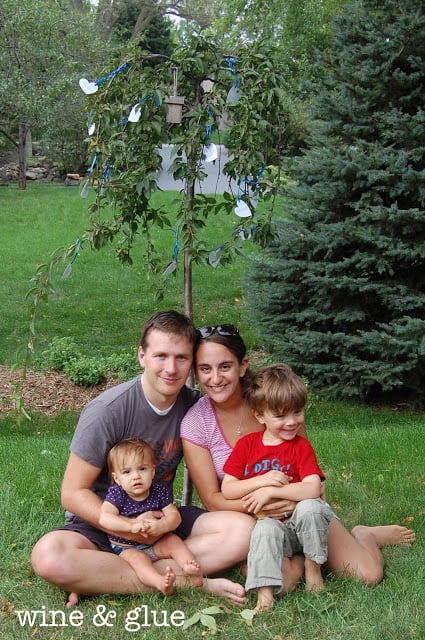 I’m a young mom. Gavin was born when I was in my mid-twenties, and he’s not even five.

The anniversary of my dead baby’s second birthday is around the corner! What do I do??? {Crickets.}

Okay. To be fair, I didn’t really ask anyone that last one, and if I had, they would have had lots of lovely things to say. Because, really, I have been fortunate enough to surround myself by some truly lovely people.

But the fact of that matter is, when it comes to parenting, honoring Elliot’s memory is something I take really seriously as a mom, and it’s the one parenting “issue” I can’t really bounce off of anyone in my life. And seriously, thank God for that! {What kind of hell would I be living in if this had happened to someone else in my life??}

I feel fairly confident that the only people who read this blog are those who know me and love me, but if you happen to not fall into either one of those categories, let me share my sad story. Just please try not to pity me. The one thing I hate almost most of all is pity.

About seven hours after Gavin was born, my mom lost her long valiantly fought battle with breast cancer. And while it is true that we understood the end of her life was near, it wasn’t like this was some long drawn out process. It kind of crept up on me the way death does when you are doing your best to ignore it.

On Wednesday my mom was telling our family that she didn’t think it was over. And on Friday I was nursing my newborn while holding the phone and hearing about my moms last moments on this earth.

And granted, the anniversary of her death is a little easier because I’m pretty much guaranteed a piece of cake each year. That, and the smiling face of my birthday boy. But really, the cake doesn’t hurt.

But grieving a child is something completely different. For me, it really does feel like part of my job as mom.

This year, I went into September (the month that holds Elliot’s birthday, my wedding anniversary, the anniversary of Elliot’s death, Nathan’s birthday, and Al’s Run) with this sense of BRING IT! Like I will be the “best” grieving mother there ever was! {Seriously, who wants to be part of that competition??}  You can see my blog post throwing down the gauntlet here.

I tried to think of what Elliot would have wanted. But let’s be real. Elliot was a newborn. The Elliot I knew really only wanted a dry diaper and a full tummy, with a side of cuddling.

Last week Thursday (just two days before Elliot’s birthday) I had a conversation with Nathan asking him what he wanted the day to look like and what his act of kindness for Elliot was going to be. He kind of looked at me and told me that while he loves the giving tree, he isn’t strong enough yet to be a part of it. He thinks it is a wonderful thing that people can do for Elliot and for us.

And that was kind of a wake up call for me. I was working so hard to be the perfect mom for Elliot in death, not really cutting myself any slack.

I made a new goal for Elliot’s birthday:  Survival.

We are only two years out. At this point, the best I can do is make it through the day. And if my kids get fed, bathed, and dressed, that’s just icing on the cake. Maybe by the time I am 50 I will have figured out the “perfect” way to honor Elliot’s memory.

On Saturday morning, when Nathan asked Gavin what he would like to do that day, he said that he wanted to take bagels and coffee to the nurses in the NICU at Children’s Hospital in Elliot’s memory. Now, Gavin’s a pretty empathetic kiddo, but this actually was my idea earlier in the week before I decided to cut myself some slack. The idea of going to the NICU made me want to vomit, but Gavin’s pretty hard to say no to.

I wasn’t sure if the hospital would let me in, since they only allow people in who are on the visitors list of current patients. But when I told them why I was there, they sent me up.

Walking the looooooooong and winding hallway to the NICU was so sureal. In the one week that Elliot was in the hospital, I walked that hallway SO MANY times. When the NICU doors were buzzed open, the familiar smell hit me.

Isn’t it strange how strongly smell and memory are linked? If you would have asked me before I went, I would have said that that smell would make me puke. But the exact opposite happened.

I felt a RUSH of joy.

That reception area in the NICU with it’s walls hung with baby quilts and it’s sinks to throughly scrub your hands, it brings back total joy for me. I was there a number of times, and all but one of those times, I was there to scrub in and see my beautiful baby boy. Each time I was there, I was washing my hands in anticipation, about to see Elliot! My tiny little love.

Those feelings of love and anticipation came back so strongly that I almost wanted to go back to his room, just to double check that he wasn’t still there waiting for me. It was so strong!

That moment in the NICU changed the day for me. It reminded me that during Elliot’s short little life, I was pretty happy a lot of the time, because I was with him, and he was an amazing little soul.

We came home, and we hung the acts of kindness on Elliot’s tree.

And then life went on. We made the kids dinner, we changed a couple diapers, watered the garden, gave some baths, stopped Quinn from eating sand . . . . you know, the usual.

I don’t have a great way to wrap up this long winded rambling post. But I will say this to anyone else who is grieving: You’re doing it right.

Happy Birthday Elliot.
You never cease to amaze me. 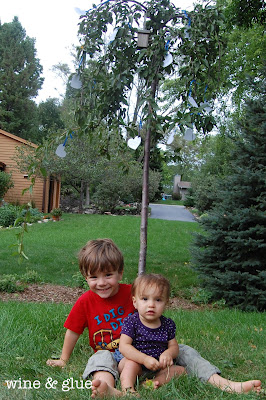 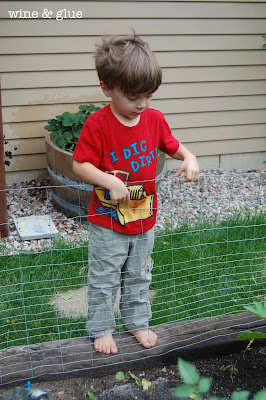 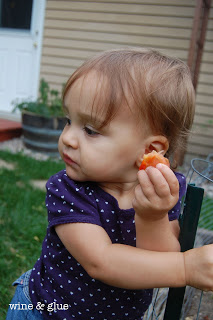 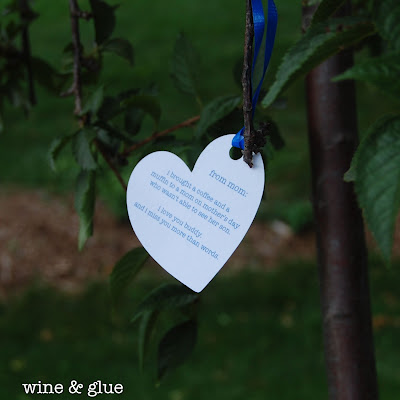 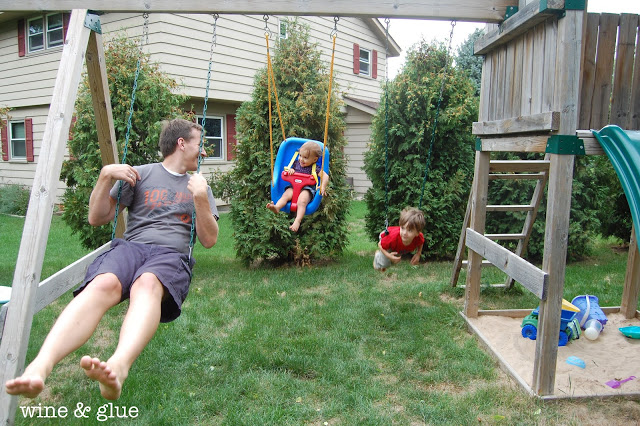 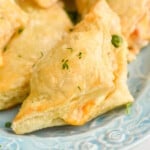 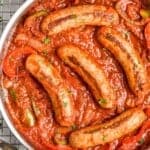 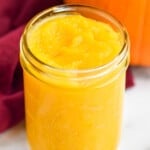