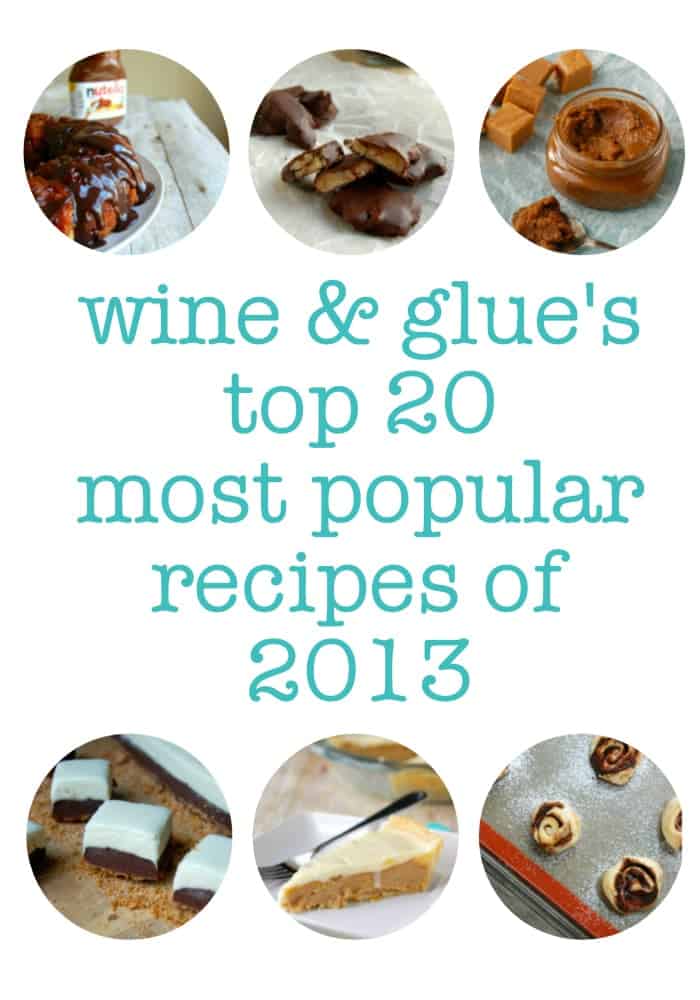 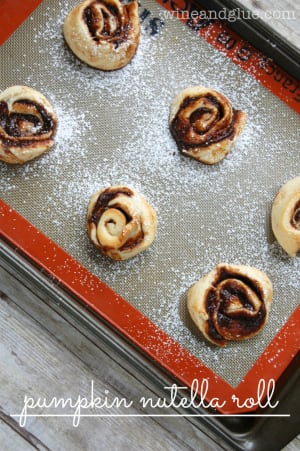 20. Pumpkin Nutella Rolls  I looooved this recipe. I want to make 700 different versions of it. And eat them all. 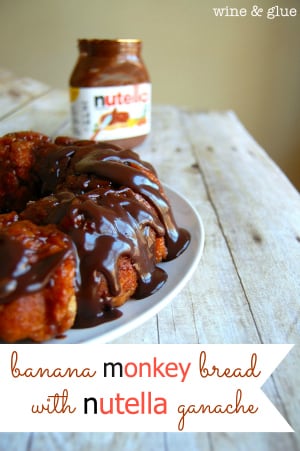 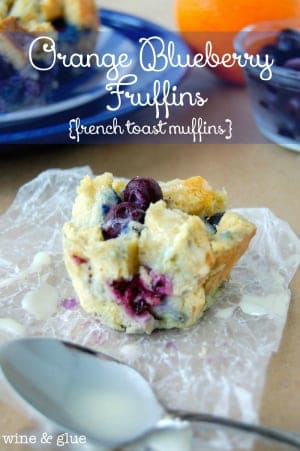 18. Orange Blueberry Fruffins  French Toast and Muffins! I love this recipe. It’s another one that is easy to change up and I want to do a million different ways. And I love the pictures in this recipe. They are the first ones that I am really really proud of. 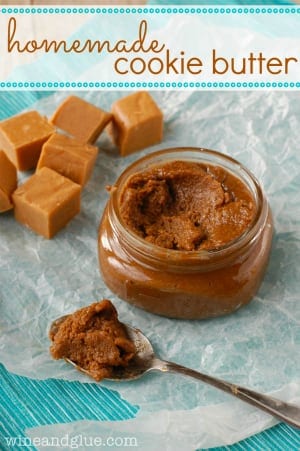 17. Homemade Cookie Butter  I can’t believe it took me almost a whole year to post a homemade cookie butter recipe, especially since I LOVE baking with Cookie Butter, and every time I post a recipe with it, a reader asks where they can find it. Now you can just make it :) 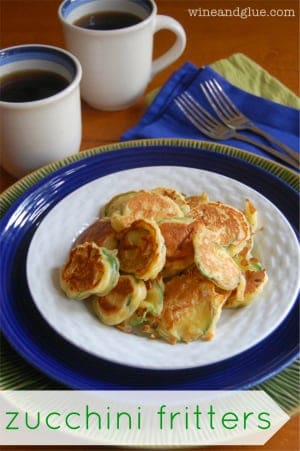 16. Zucchini Fritters  Awwww, a recipe that isn’t full of sugar made it into the top 20! And this one totally deserves to be here, it’s a family recipe and totally delicious. 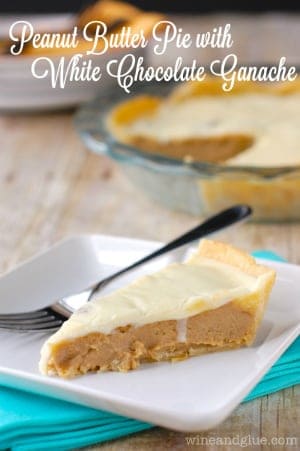 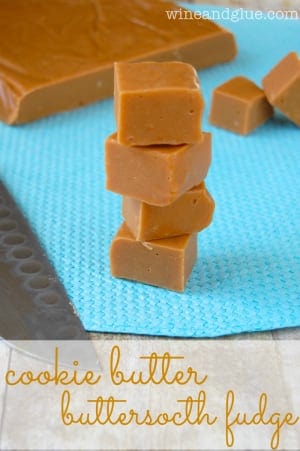 14. Cookie Butter Butterscotch Fudge  This recipe cracks me up every time I think about it. I made it at 5:45 in the morning after my work out before my house was up. It was a TOTAL spur of the moment recipe that I just happened to have all the ingredients on hand for. I posted it the next day. Three cheers for blogging by the seat of your pants!! 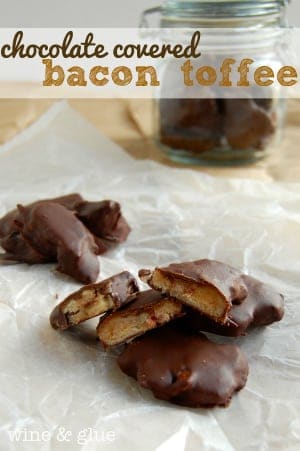 13. Chocolate Covered Bacon Toffee  I love this recipe because it was a request from an old friend. She sent me a link to a candy shop that sells something similar and asked if I could recreate it. It made me realize that people have more confidence in my skills than I do. It also made me realize why it’s called Bacon Crack and why my pants don’t fit anymore. :) 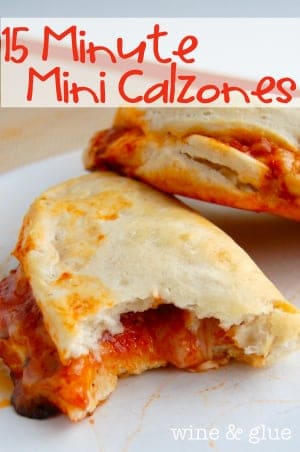 12. 15 Minute Mini Calzones  This recipe is ridiculously simple, and so perfect for little kids. It also happens to be the first recipe that Pillsbury featured on their FB page. I remember watching my site get flooded with visitors for the first time and texting Nathan at work every 5 seconds with a new screen shot of my blog stats. 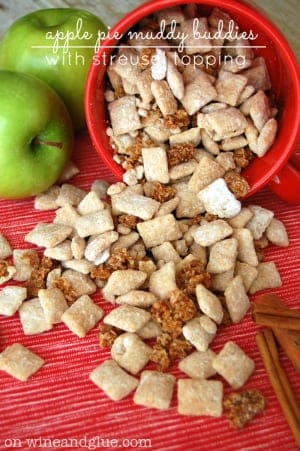 11. Apple Pie Muddy Buddies with Streusel Topping  This recipe took me three tries to get right, but it was totally worth it. The real test? I took it to a family function and my two foodie brothers couldn’t stop munching on it. Success!

10. Spicy Mexican Fudge  Gavin’s favorite recipe of 2013! I almost didn’t even let him try this because I worried that it would be too spicy for him, especially because he can’t stand anything with the slightest heat and he’s not a huge fan of chocolate. But something about the combination of the two was perfect for him. Such an easy and delicious fudge recipe. 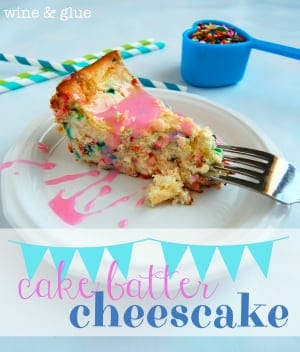 9. Cake Batter Cheesecake  This recipe makes me think of standing in front of my fridge at 9 pm with a pan of this and a fork. I had my way with it. Sooooo good! It is also the first recipe that a reader made and then sent me a picture of, which was such a sweet memorable moment for me. 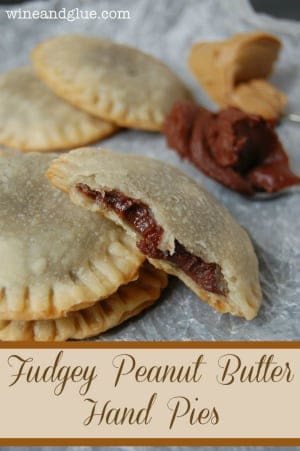 8. Fudgey Peanut Butter Hand Pies  These were a submission to the Pillsbury Bake Off that didn’t make it. But you guys loved them!! I don’t know if I can make them again, because the filling is good I just end up eating it with a spoon instead of putting together the hand pies! 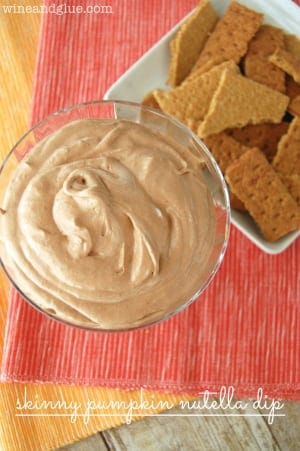 7. Skinny Pumpkin Nutella Dip  This is a recipe that I made for all the wonderful people who did Al’s Run with us and then came over afterwards. Family really is the best judge of food. They aren’t shy about digging in to what they love, so you know when you have a winner. 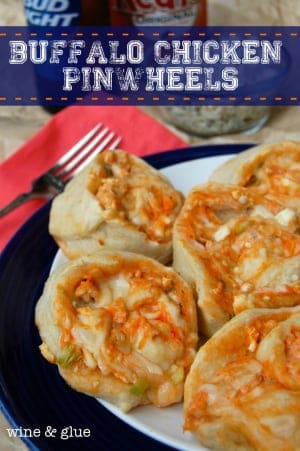 6. Buffalo Chicken Pinwheels  I have a confession to make. There are TONS of recipes that go up on the blog that my family never gets to try. I just make them coyly at nap time and then devour the evidence for lunch. Remember that episode of Friends? “Joey doesn’t share food!” Yeah, that’s me. These Buffalo Chicken Pinwheels are right up there with recipes I snarffed on by myself. 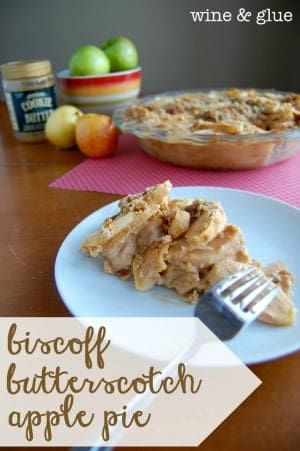 5. Biscoff Butterscotch Apple Pie  I have something {cough}  . . . embarrassing to admit about this post. It makes me cringe a little that it is in the top 10! And not because it isn’t delicious, it’s reeeeaaaallly good. More because there are so many steps that are tricky . . and weird. And the pie ends up being kind of a gooey, not your traditional hunk of pie. So, make it, and just take out your spoons instead of your forks :) 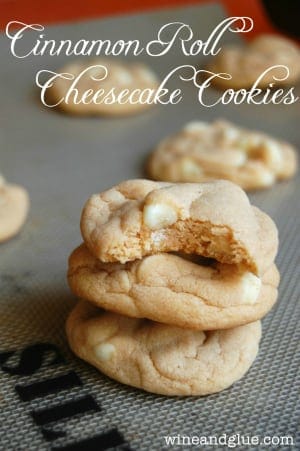 4. Cinnamon Roll Cheesecake Cookies  The thing that cracks me up about the popularity of this recipe is that I almost didn’t post them! I had them made and photographed for almost a month before they went on the blog and then people started pinning them like crazy. The reason they didn’t go up was because of how ridiculously simple they are. But they are also crazy delicious! 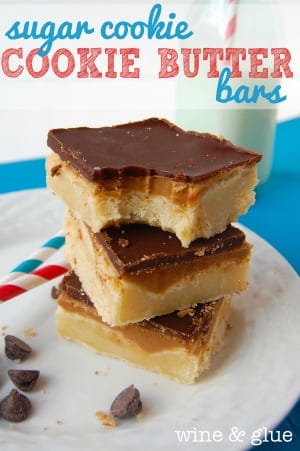 3. Sugar Cookie Cookie Butter Bars This was one of those recipes that I didn’t want to send away . . . it was too good! Just don’t count the number of sticks of butter that it takes to make this recipe. 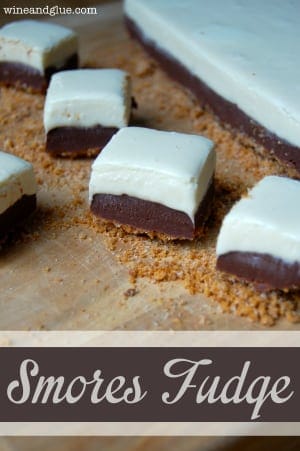 2. Smores Fudge  This fudge is absolutely as delicious as it looks. I made round one of the this fudge and the marshmallow topping wasn’t quite the way I wanted. I sent round one to my husband’s office with him, and they were asking for the recipe before I even had a chance to make round two and blog it.

And finally, the number one recipe for 2013! 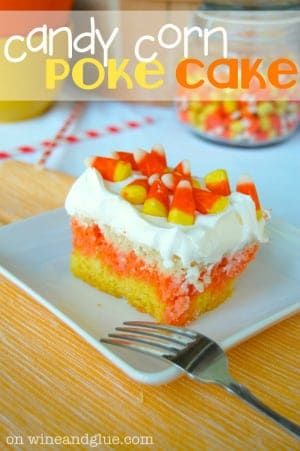 1. Candy Corn Poke Cake  This is probably the only post that has gone viral for me. It was crazy. I posted this at the end of August, and it very quickly became the most viewed recipe on my blog, making my page views go bananas all the way through October. It’s super simple, but super fun. 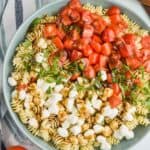 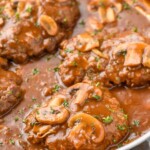 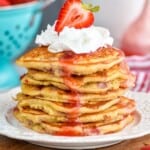