If you know me at all, you know that I loathe talking on the phone. Like with a passion.

Okay, I take that back. A little.

So to all the people who have gone straight to voicemail in the last seven years, please know that I still love you. And if you leave me a message I promise to text you. This Insta Update goes out to my dad who I love, but who almost always goes to voicemail. (And who also recently figured out how to subscribe to my blog by email!)

1. We’ve had some pooping problems (I am so grateful my parents didn’t have a blog when I was a kid) . . . as in no poop. And then suddenly that wasn’t a problem anymore. You know that you’ve had a big blow out when you get sent home from your six week postpartum appointment with a bio hazard bag. 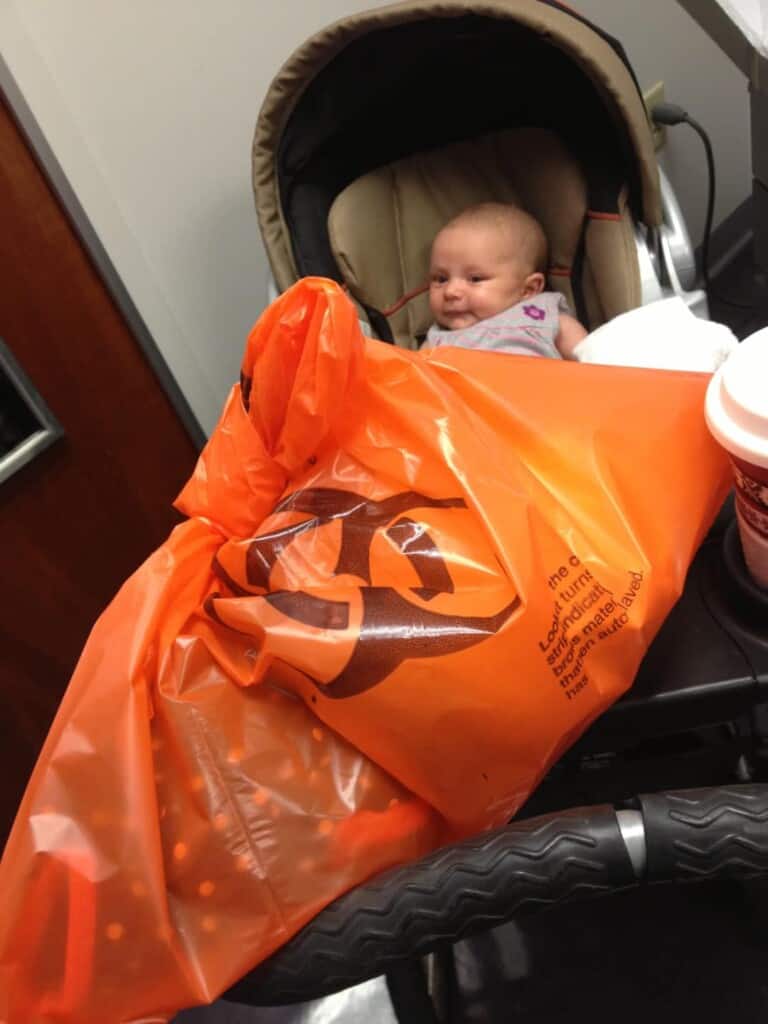 The nurses were laughing a ton as they handed me the bag, telling me that it was too early and it just smelled too bad, and I needed to take it with me.

Some friends pointed how satisfied with herself Piper looks. :)

2. Have you read this blog post on summertime boredom? It is so dead on. It actually made me feel tons better about my summertime parenting.

3. Don’t tell my older kids, but my favorite part of the day is talking to this one. 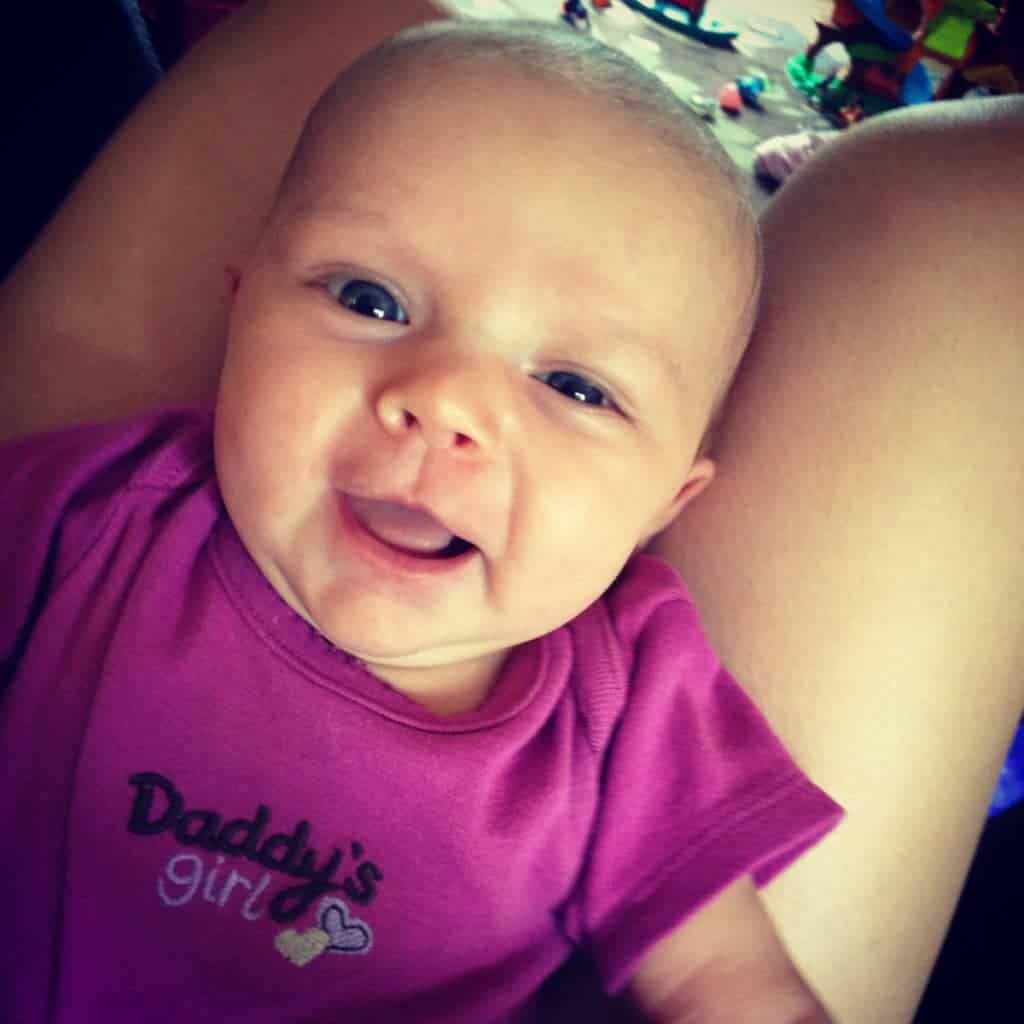 She has started cooing at me and making the most ridiculously wonderful baby noises that just make my heart want to explode. They make her dad want to have another baby. #hesinsane

4. This week Quinny got her first braids! I kind of couldn’t get over how adorable she was with braided hair. So much that the next day I made her power through the tears to have them again. #supermeanmom 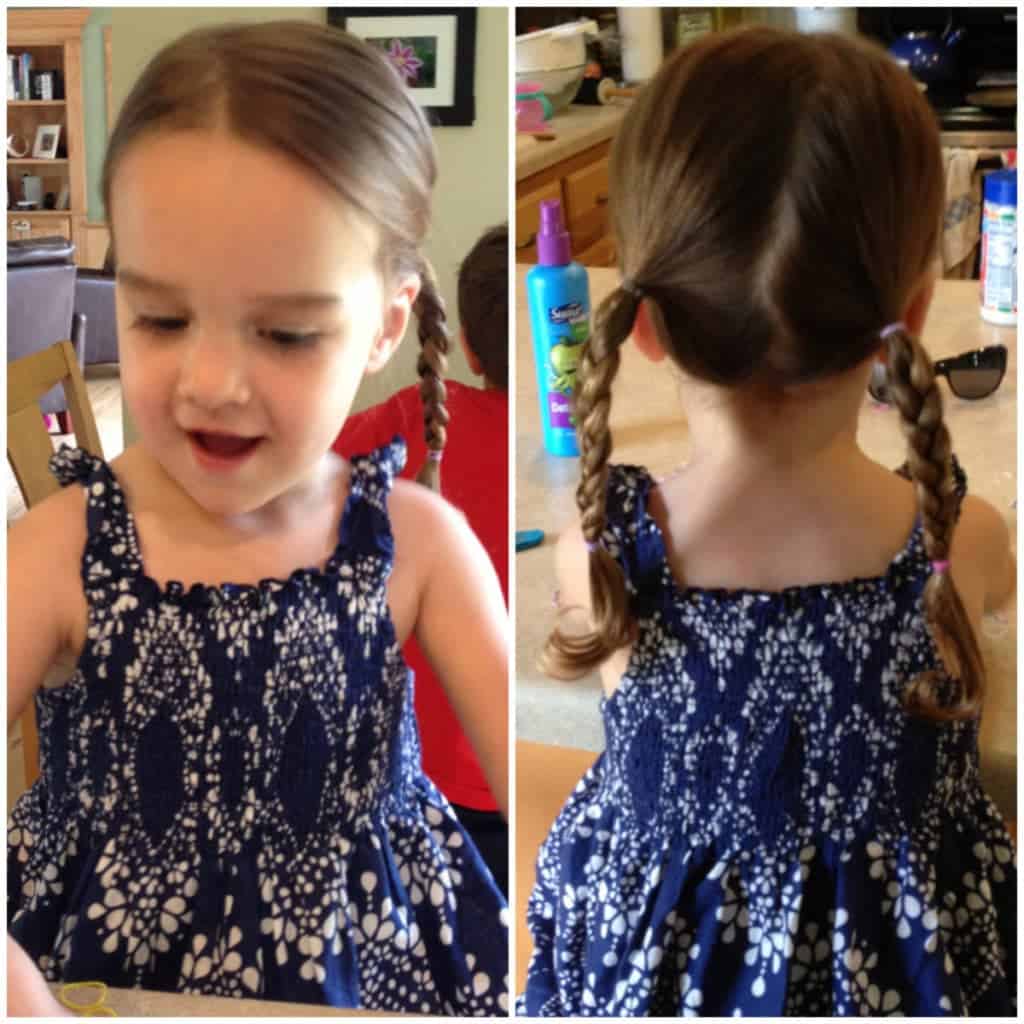 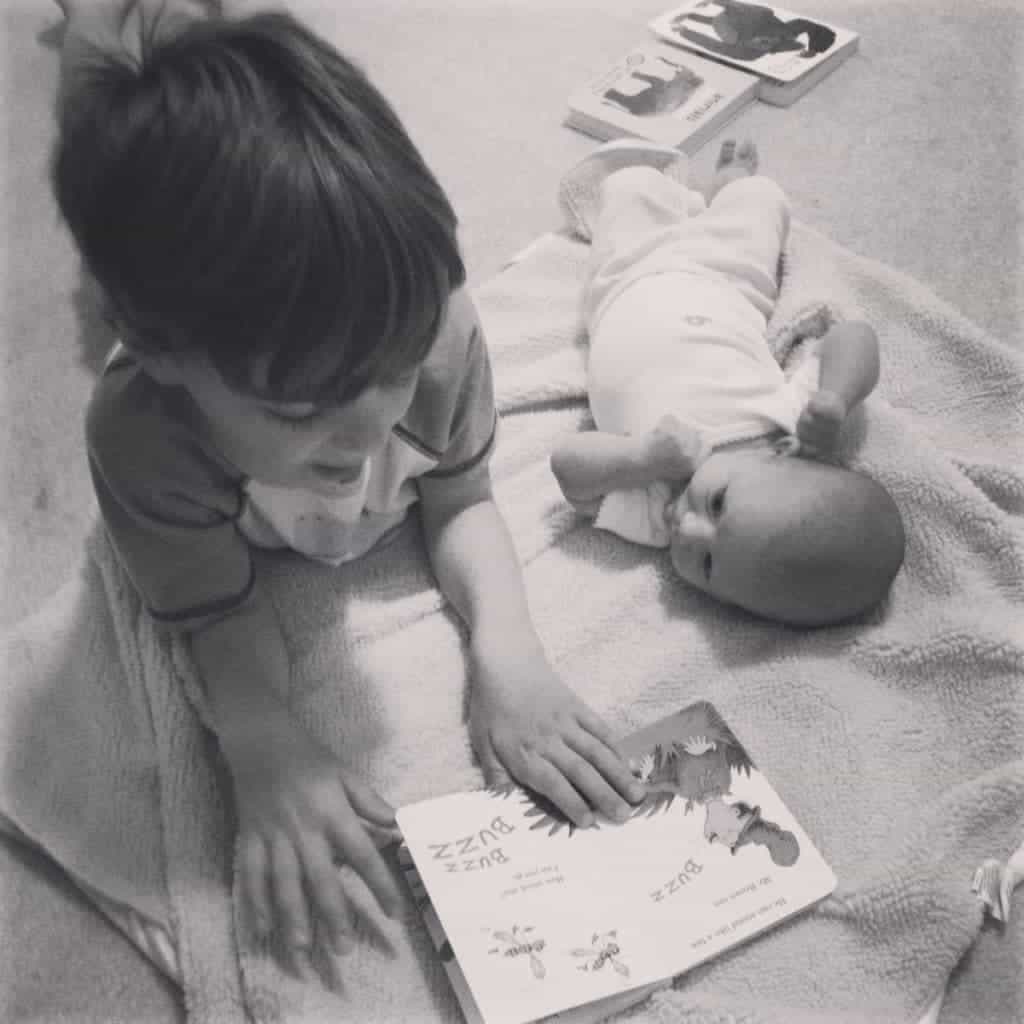 That would be Gavin on his own deciding to read Dr. Suess to Piper. My heart melted and then melted some more. And she started making the cooing noises she usually saves for me at him. #bestthingever

6. I have officially had work published! When I started Wine & Glue, I would never have dreamed about the places it would take me, least of all having a sewing project featured in a magazine. Not too shabby for someone who taught herself how to sew. {That sound you hear is me patting myself on the back.}  Thanks Homespun for featuring my Fleece Knight Helmet Hat! 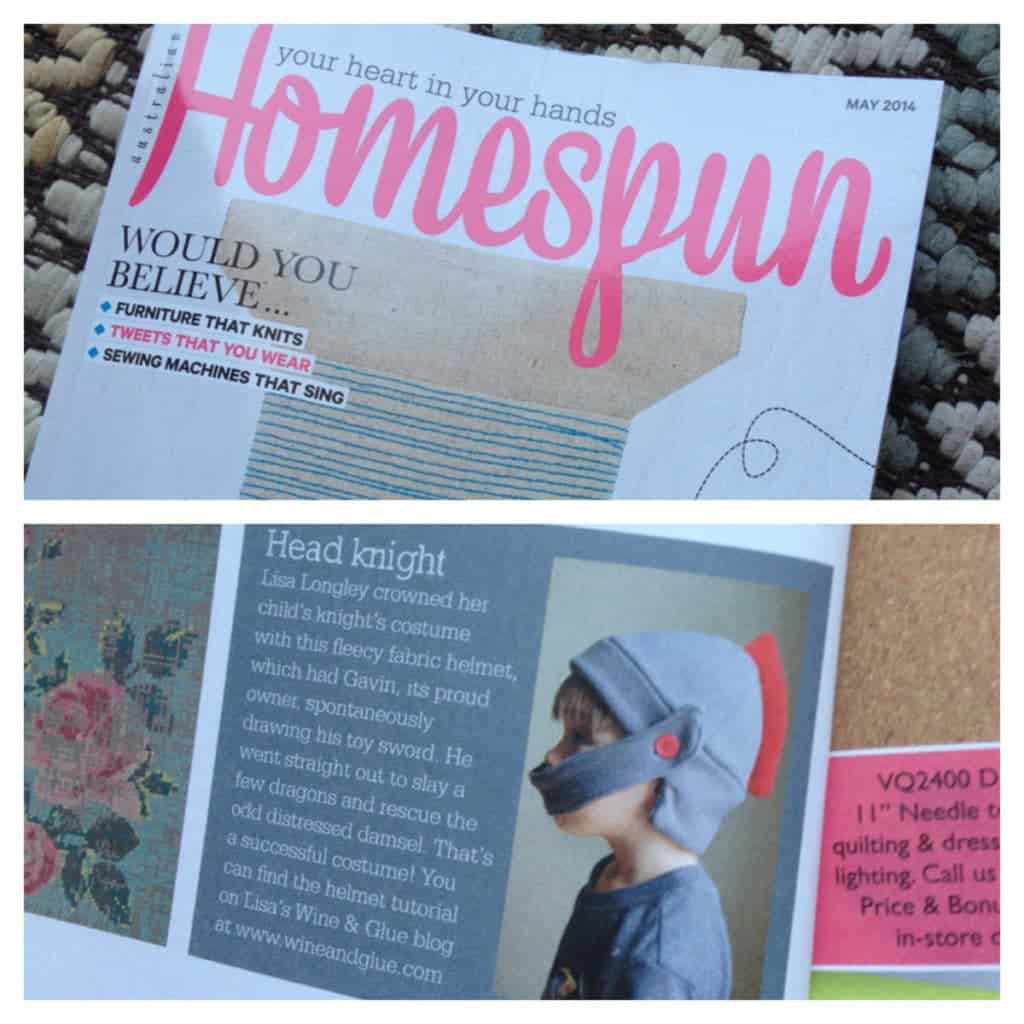 7. Do you have a social media addiction? Umm . . . I totally do. All those people who’s calls went straight to voice mail probably think that I’m totally full of it since I’ve been posting on Instagram and FB approximately 7,641 times each day. With not blogging as much, and not spending as much time on my computer communicating with other bloggers . . . I MISS GROWN UP CONTACT. Even virtual contact. If we are friends on FB or you follow me on IG, feel free to block me for the next . . . 18 years.

8. I let my kids borrow my phone and this happened. 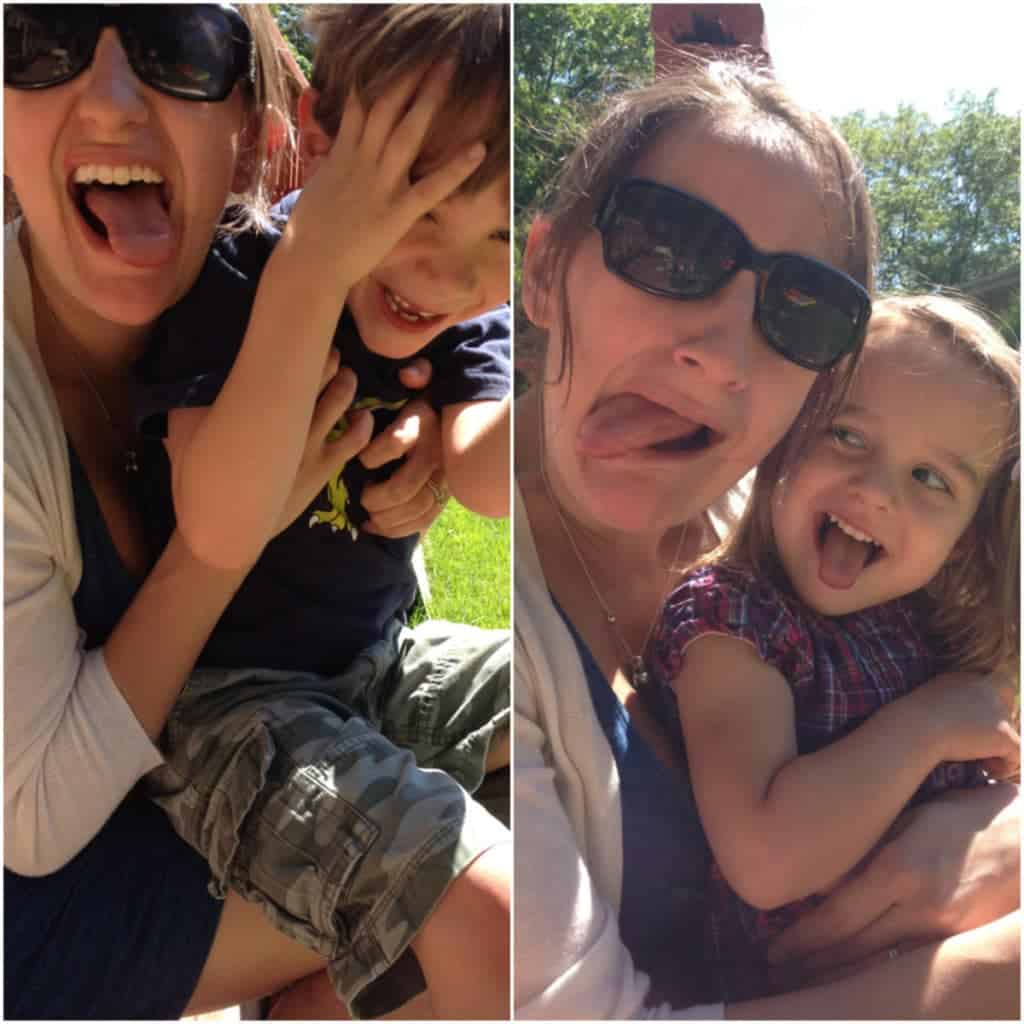 9. I don’t know if it has ever been this hard to lose the pregnancy weight. It’s even harder than after Elliot when I wasn’t nursing, was in the thickness of grief, and wanted to lose it ALL before getting pregnant again (which I did in just about three months). Anyone have any helpful hints? Especially ones that involve me getting to eat whatever I want all the time?

10. Quinn tried to drive her car into the house. She might be the funniest kid ever. 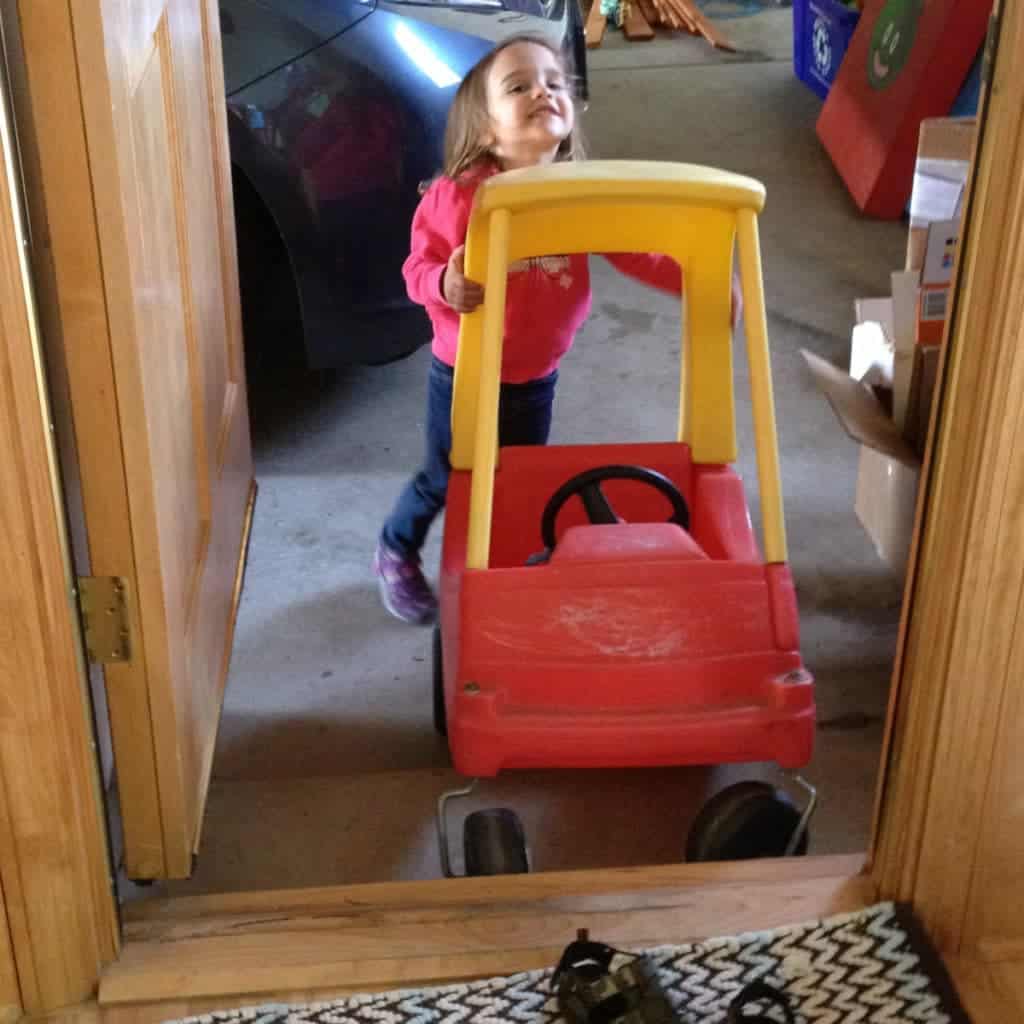 11. And this is my family at bedtime. 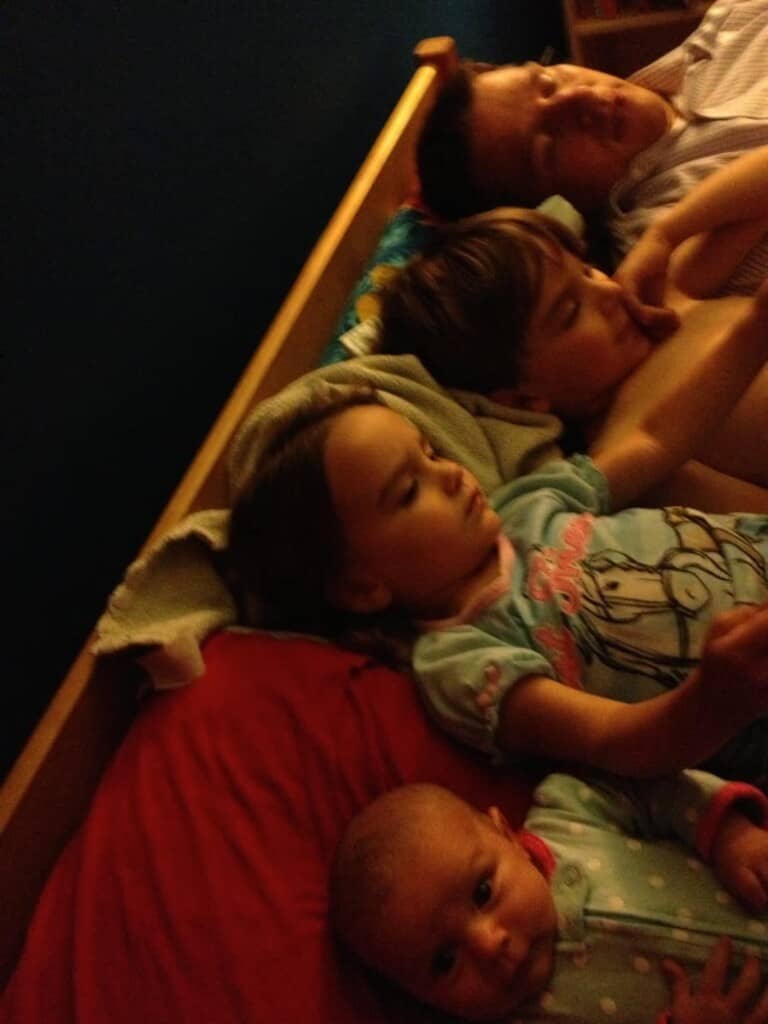 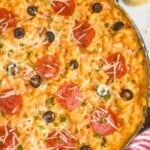