This Jalapeño Peach Panini is a serious combination of amazing flavors! I’m so obsessed with this sandwich I ate it for four meals in a row! 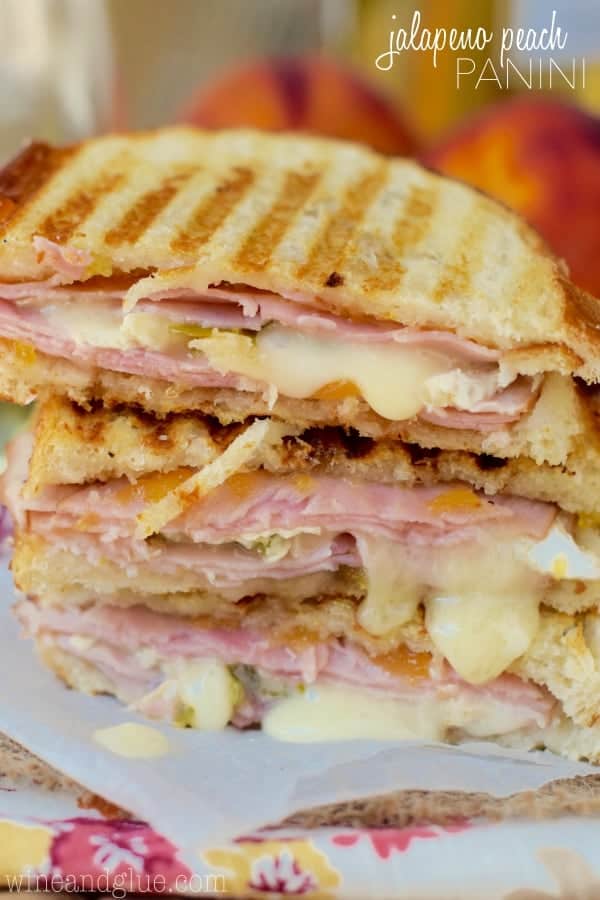 If you are a parent do you have favorite ages?

I actually . . . . don’t. Because I kind of think that each age brings the good and the difficult.

So I do have favorite things about each age. Like how at six months when kids learn to sit up and they delight in just sitting and playing with toys around them. Or how right around the end of age three and into the beginning of age four they start deep thinking . . . Quinn has started asking all these questions about God which I just adore . . . until she starts talking about the morality of killing spiders. 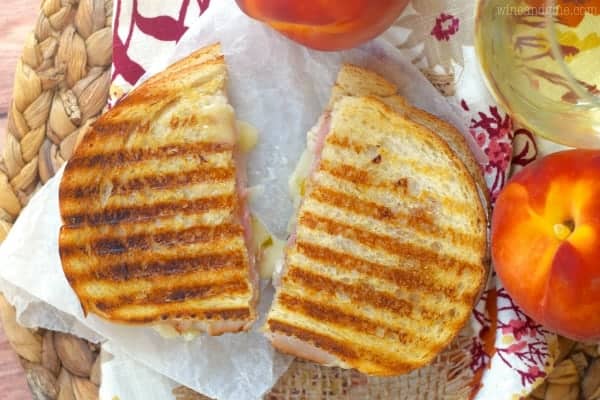 I am loving seven and a half.

Gavin is learning so much, he is devouring books, he can help with things, he understands the difference between right and wrong, and I can reason with him. Plus there is still that little kid sweetness in him. This ability to love story time at the library with his sisters and still want to be tucked in at night. And did I mention that he helps with things? He has saved my tail this summer in so many ways. 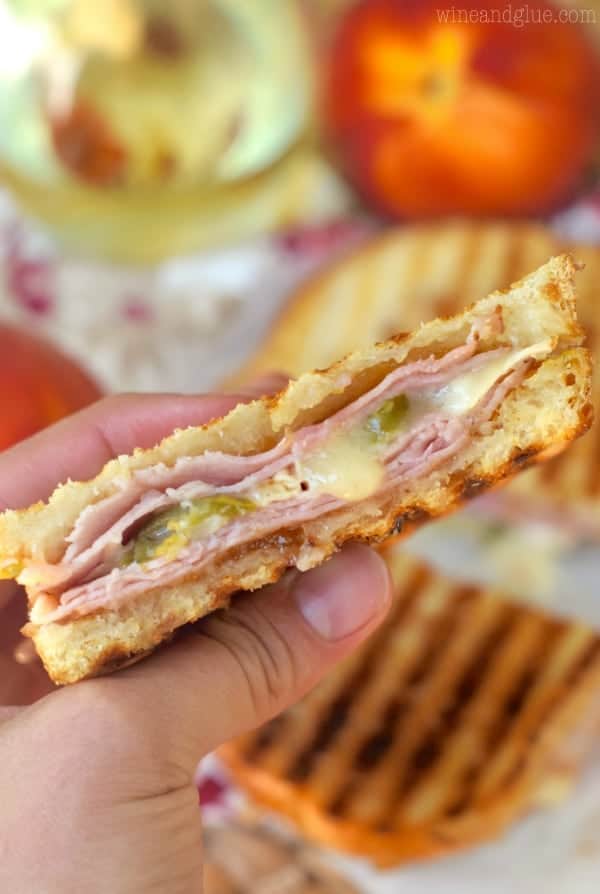 Something funny will happen and literally thirty seconds later Gavin will say,

as he repeats what JUST happened back to me.

Kid. I was there. And it happened thirty seconds ago. Yes. I remember.

You guys. It’s every day. Seven hundred times a day.

The other day Nathan did it back to Gavin as I was cracking up (I know, we’re jerks) . . . and Gavin thought it was so funny! His response was along the lines of, “Dad it was so funny when I forgot my pants!” 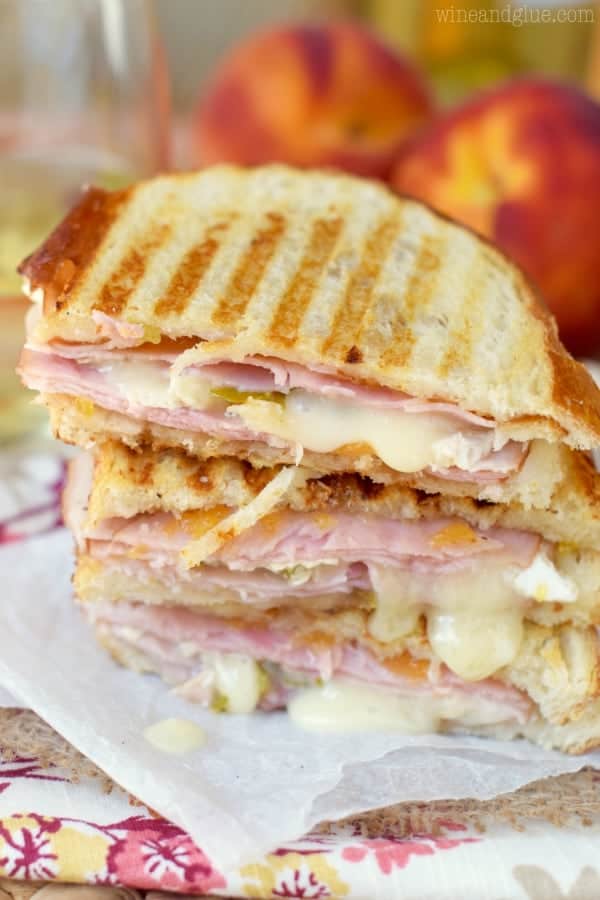 It seriously just made me love the kid all the more.

Okay. This panini. You guys it’s AMAZING! It started during a Bachelorette finale/panini cook off with my friends. That’s where you each make a panini and then you trade pieces to decide who made the best one all while watching the Bachelorette finale.

What? That’s totally a thing.

So this started as a panini that I made with brie, ham, and fig butter. But I decided at the last minute that it would have too much sweetness and needed a little kick. Enter the pickled jalapeños! YES! This sandwich was SUCH a winner. I decided that if I made it with fig butter, which is totally amazing, by the way, I would get so many comments about where to find it. You can find it at Trader Joes, but if you want to skip that and go with peach preserves which you can find just about anywhere, you won’t be disappointed.

This panini knocked my socks off. I literally had it for four meals in a row and would have had it for a fifth, but I ran out of bread. I insist you make it immediately! 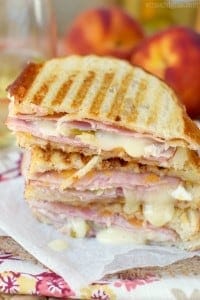