These Root Beer Slow Cooker BBQ Chicken Sandwiches are such an easy and delicious dinner. With only about FIVE minutes of prep time and just FOUR ingredients, this is a recipe that your family will come back to again and again. Serve these bbq chicken sandwiches with these baked potato wedges or something a little lighter, this cucumber tomato salad. 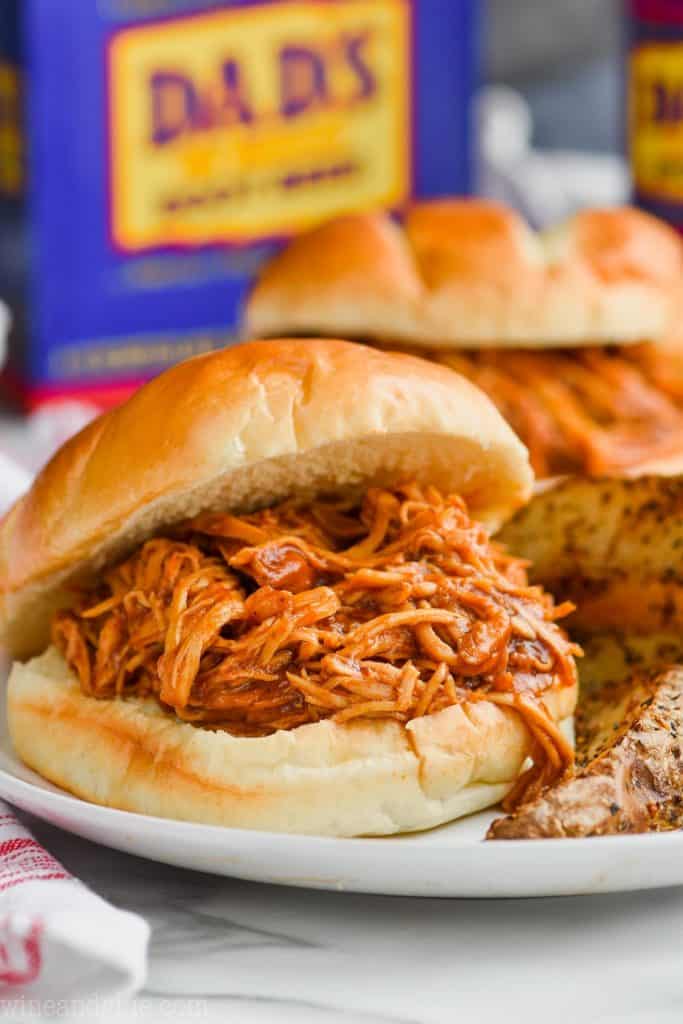 My kids have the day off today in honor of the amazing Martin Luther King Jr. They are eager to go off and do something fun, so I will keep this short and sweet.

A friend of mine posted on FB yesterday that meal planning makes her want to give up on adulating. Hello! Me too. That’s really saying something because I pretty much meal plan for a living. But for some reason, Sundays roll around and it’s like I’ve never made a dinner ever and have no idea where to start. The next time that happens to you, here is where you start: Root Beer Slow Cooker BBQ Chicken Sandwiches. Can you beat a dinner that comes together with five minutes hands on time and only four ingredients? (Pssst . . . I have more amazing easy dinners listed throughout this post, including this delicious Easy Szechuan Chicken!) 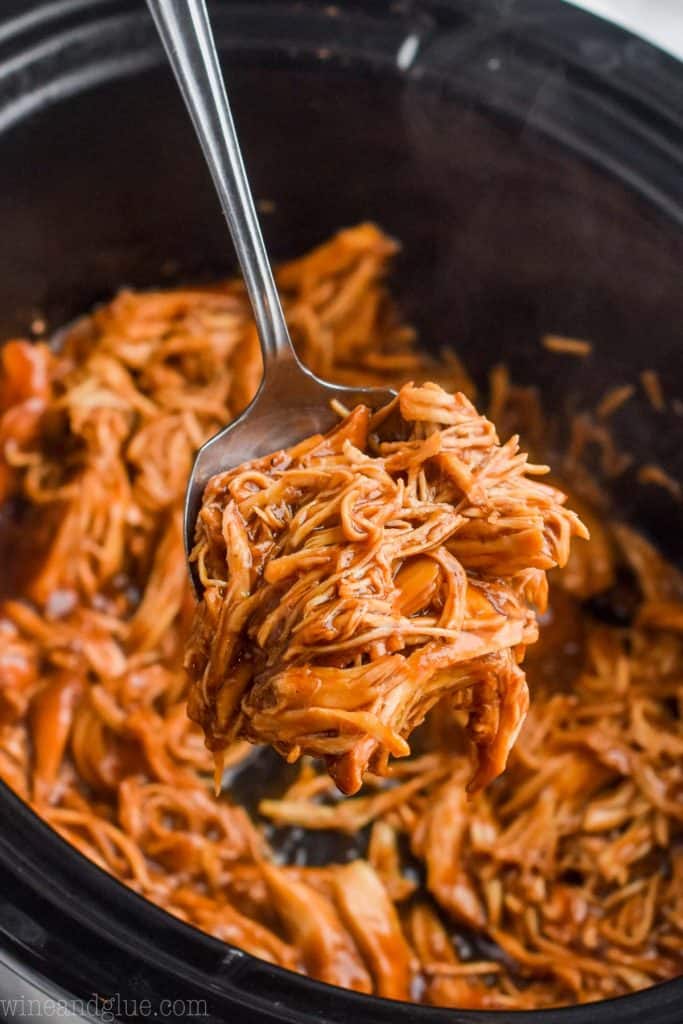 If you’ve never tried cooking meat in a slow cooker with soda, then you must give it a try! Root Beer Pulled Pork is another great option. Or Slow Cooker Cola Chicken. There are so many variations you can make with this simple formula.

HOW LONG DO YOU COOK SLOW COOKER BBQ CHICKEN?

Cook this recipe on high for 2 to 3 hours or on low for 4 to 6 hours. I haven’t tired this bbq chicken in the instant pot yet, but if you do, be sure to let me know how it goes! 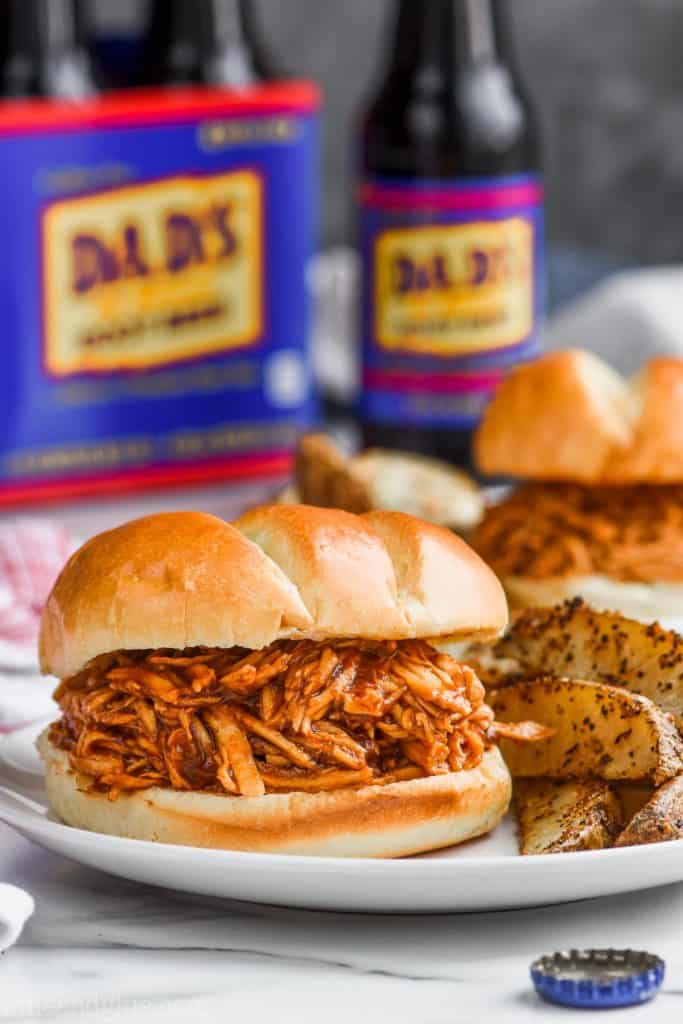 This makes for such a quick easy dinner that is waiting for you. But I do like to put something on the side of it. We eat just simple roasted veggies a lot with our dinners, but here are some other great side options for this easy pulled chicken recipe: 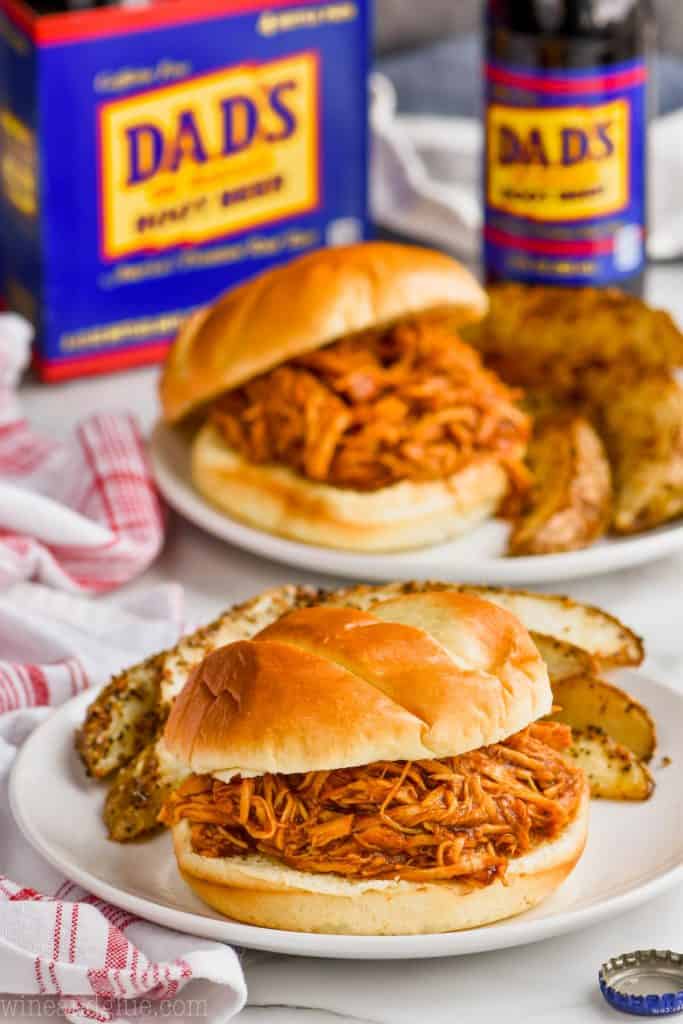 I can’t get enough of my slow cooker, especially in the winter. It is perfect for busy weeknights. I keep finding myself developing more and more dinners to make in it. 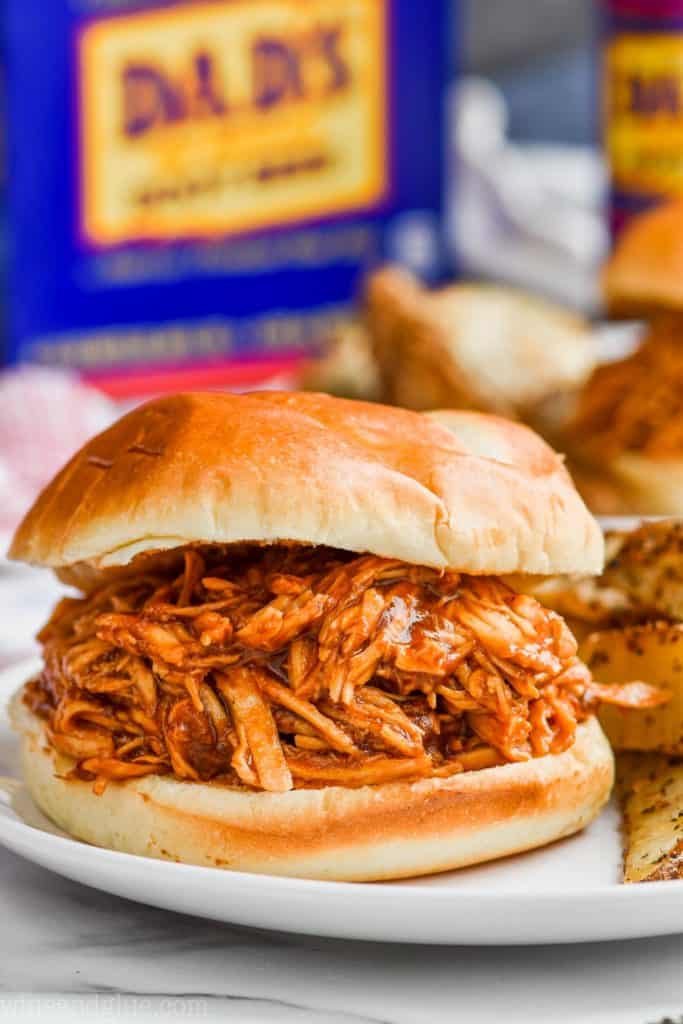 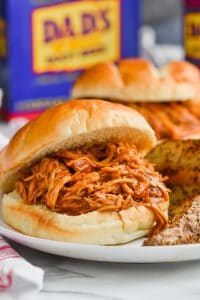 Serves: 6
(tap # to scale)
Prep: 5 minutes
Cook: 4 hours
Total: 4 hours 5 minutes
These Root Beer Slow Cooker BBQ Chicken Sandwiches are such an easy and delicious dinner. With only about FIVE minutes of prep time and just FOUR ingredients, this is a recipe that your family will come back to again and again.
print pin it rate 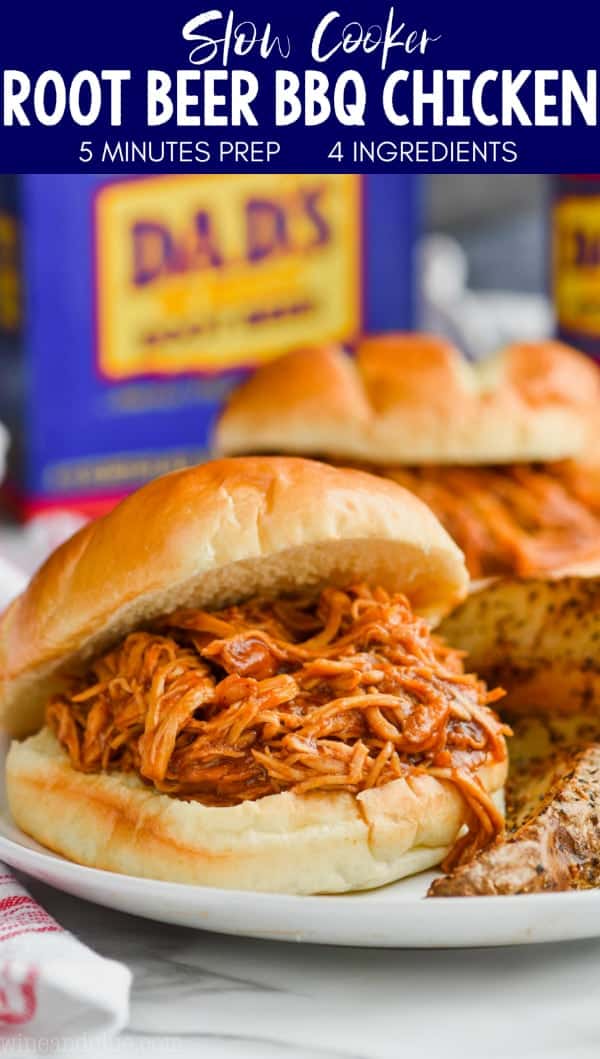 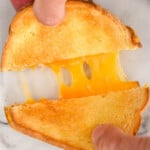 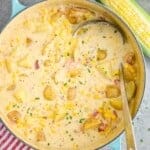 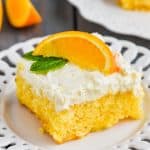 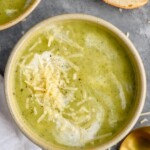