Apple Cinnamon {Back to School} Cupcakes | Delicious apple cinnamon cupcakes that are filled with apples and topped with cute little apples made from Wilton Shape-N-Amaze Decorating Dough! 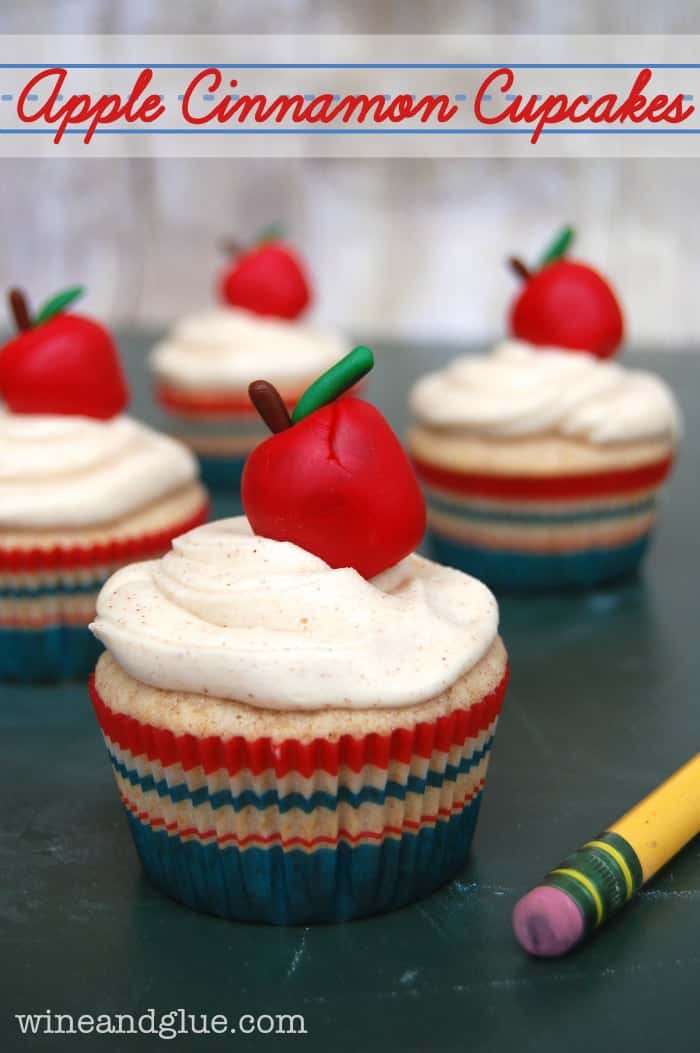 As you might know, last week I was at BlogHer in Chicago! Wait. Two weeks ago . . . holy man this summer is just chugging right along!

While there, I got to do seriously one of the coolest things ever. I got to tour Wilton’s headquarters!!! (Imagine me squealing like a little girl when I got the email inviting me to attend!) 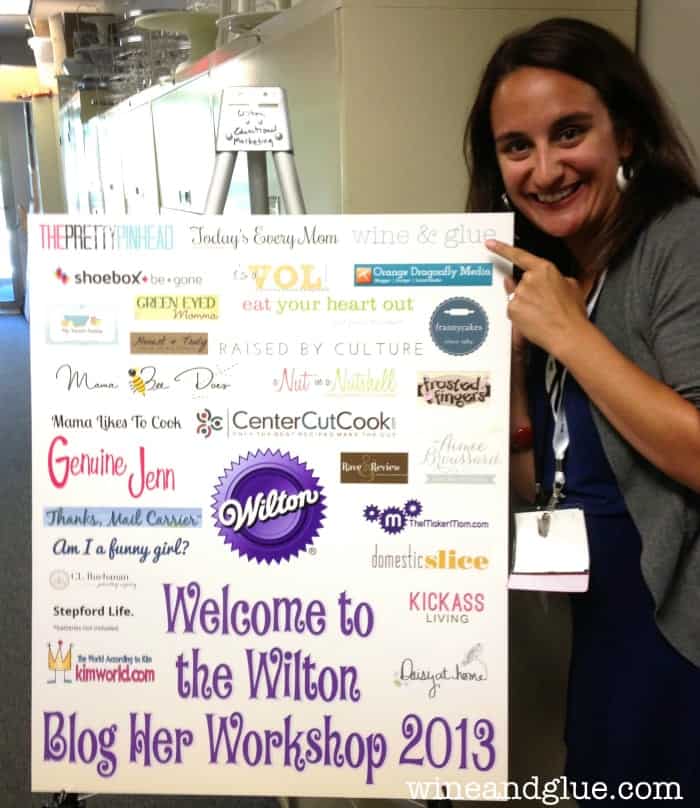 You can tell by my 84 chinned smile just how excited I was! {Nathan thinks this might be the worst picture of me ever, but I have a hair net picture from a creamery tour that begs to differ.}

Highlights:  Getting to go into the Wilton test kitchen and meeting the talented ladies who develop recipes, test products and do so much more (!!!!!), touring the room where they construct the desserts that will be photographed (I wasn’t allowed to take pictures there and it was TOTAL torture!!), and then going to where they do all their photography (did I mention !!!!!!!!).

Finally, we got to take some classes, and one of the classes I did was with one of their new products, Wilton Shape-N-Amaze Decorating Dough! It’s super awesome because it is really easy to use, it comes in a ton of vibrant colors, and it won’t droop the way that fondant can. 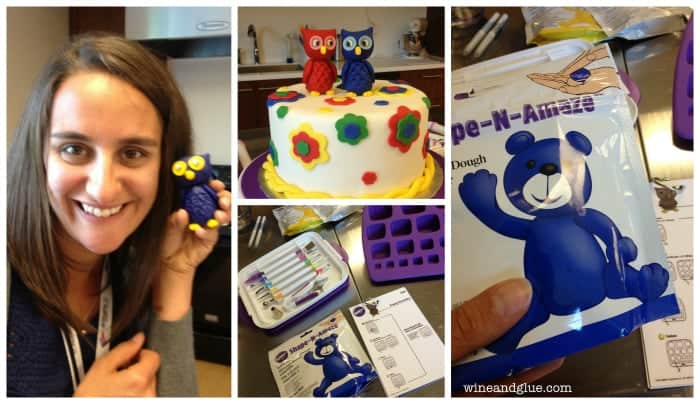 It’s super easy to use, and I love the idea that you can just buy a small amount of a color and make something, as compared to trying to make your fondant and coloring it. Plus, Wilton has a guide for mixing different colors together to get other colors! And the little owl, Oliver the Owl, was ridiculously simple to make with their step by step instructions and handy tools.

Today I’m going to show you how to make a little apple to top your cupcakes. One package of red will make roughly eight apples, but you could always make them smaller than I did here and stretch your dough further. The first thing you want to do is break the dough ball from the package into quarters. Then start kneading it. It will feel super tough for like 30 seconds and then all the sudden feel like play dough.

1. Start with a small chunk of the red Shape-N-Amaze Decorating Dough and roll it into a ball.

2. Then roll just one end of the ball so that it gets a little smaller at one end.

3. Once you have your general apple shape, use a tooth pick on both the top and the bottom to make an indentation.

5. Flatten it a bit, and then using the toothpick, make a crease down the middle.

6. Pull off an even smaller sized amount of brown Shape-N-Amaze.

7. Roll it to make a long cylinder for the stem (I actually had to take a little off of this one, it was too long).

8. Attach the leaf and the stem with just a tiny bit of water. 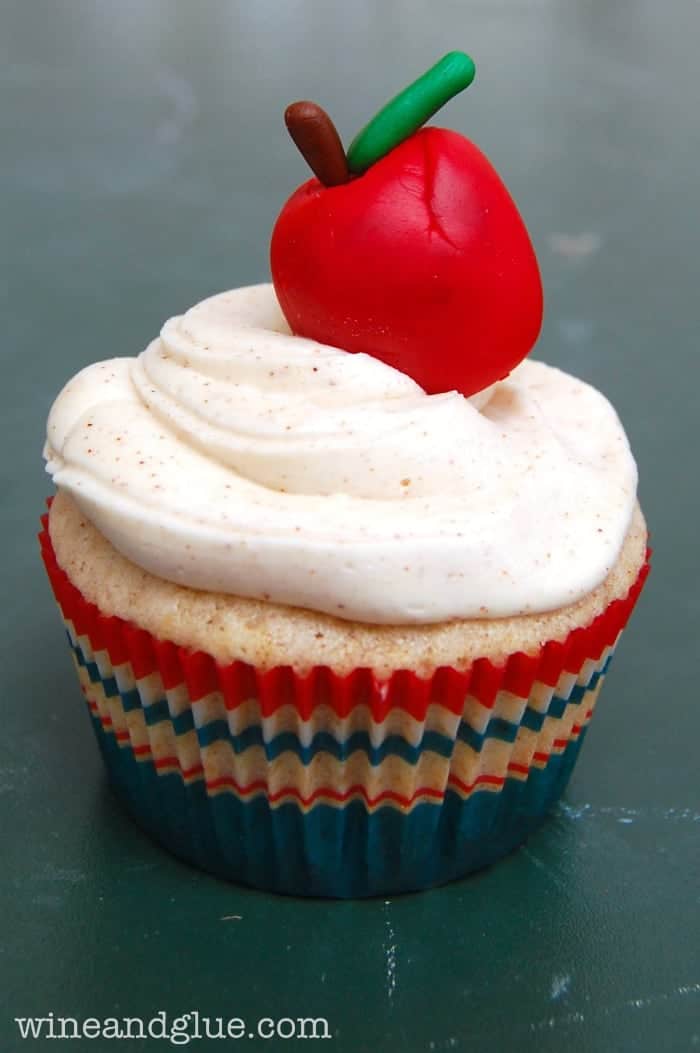 This cupcake recipes is adapted from America’s Test Kitchen, really the foundation for most my recipes, especially when it comes to baking. Once they are done cooking, you pull them out of the oven and give them a quick little stab with something round while they are still hot. I used a turkey baster, and it worked really well.

Then fill each one with some pureed apple pie filling! I used a hand ziplock bag with a hole cut in it to do my filling.

Then the cupcakes are topped with Cinnamon Buttercream. OMG. If I am ever to ask for a last meal, I think I might want it to just be a big bowl of Cinnamon Buttercream. It’s like a Cinnabon, but in frosting form. It is so insanely good. You might want to double your batch, since your bowl might look ready to be licked clean when half is still in there . . . 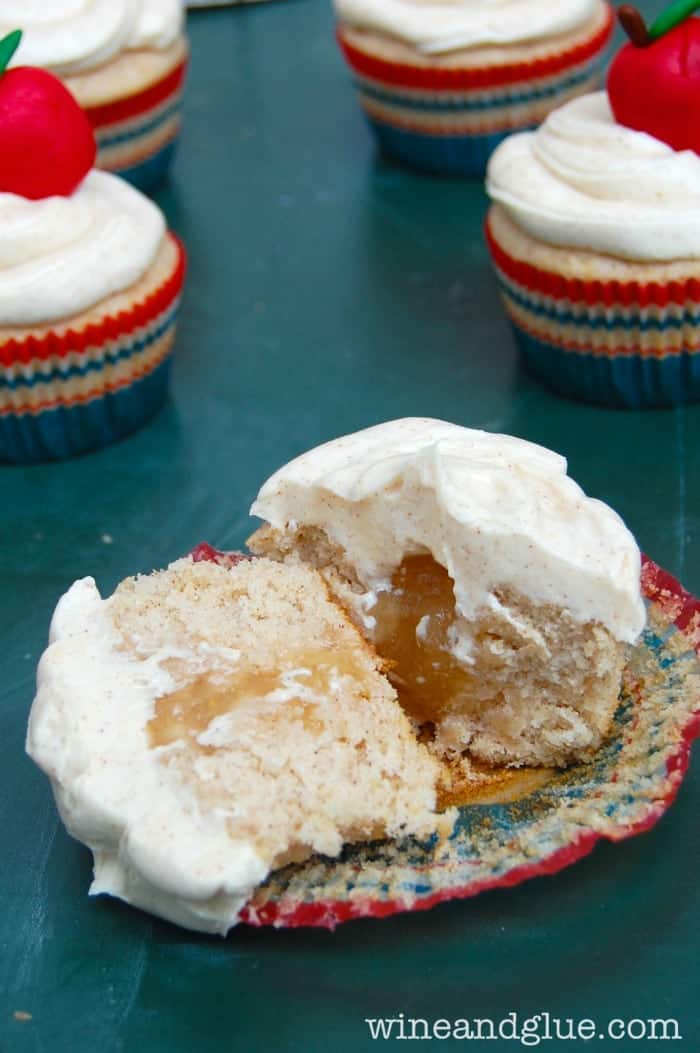 Disclaimer: Though I was hosted by Wilton and provided free product, it was not as compensation for a post. This post is entirely because I really love the product and think it’s super fun!