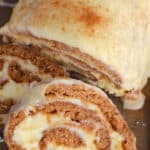 This Cinnamon Cake Roll is packed  with amazing flavor and rolled up with the smoothest buttercream frosting and the smothered in an amazing glaze! Such a show stopper! 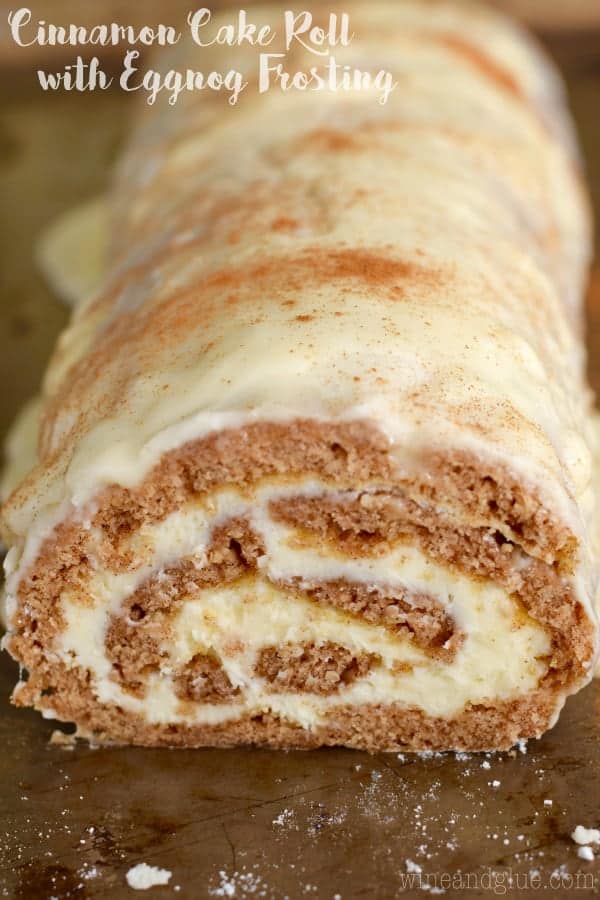 So the other night we were off looking at Christmas lights. It’s kind of silly, but it’s one of my favorite Christmas traditions. We pick up subs and drive around this neighborhood that goes all out. This was the first year we had three kids in the car who could all really appreciate the lights. We got lots of “Oooos” and “Aaaaahs” from Piper in the backseat. It was so awesome. 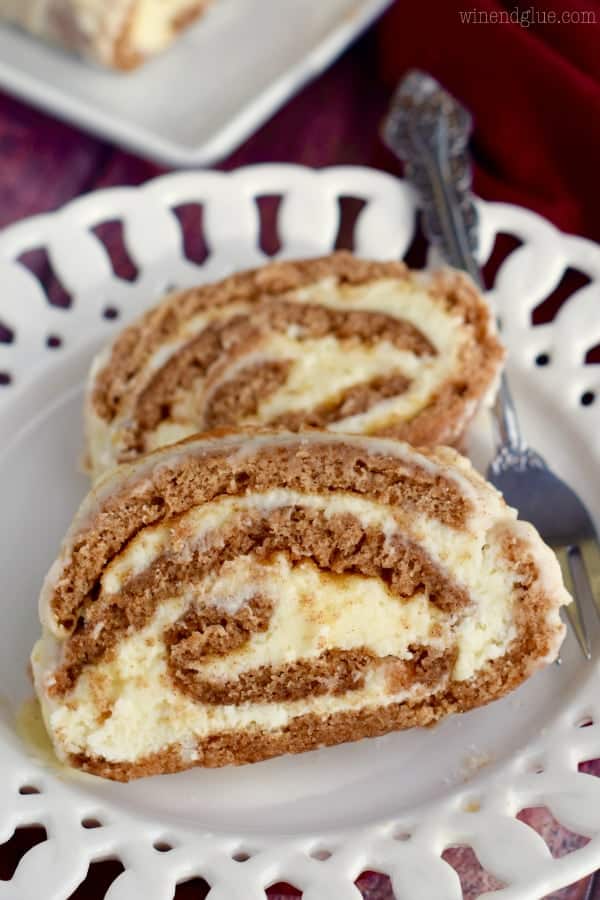 So it was just as we were about done when Quinn yells, “That house had an AT-AT!!!”

Quinn:  Yeah!! It was small and it had yellow lights!

If you have no idea what I am talking about at this point, you probably aren’t a Star Wars fan. It’s cool, up until this summer I wasn’t one either. But then we watched A New Hope with the kids, and it was kind of amazing to see it through their eyes. AT-ATs or All Terrain Armored Transports are these huge things with four legs that belong to the dark side. It’s cool, Luke takes ’em down. (I literally had to look up how to describe them on a site called Wookieepedia.)

So Nathan turned around, because if someone has put an AT-AT outside to celebrate the Christmas season, he for sure wants to see it. Guys? It was a deer. It was one of those lit up deers. Gavin is screaming in the back seat, “QUINN!! That is NOT an AT-AT!! IT’S A DEER!!!!” Meanwhile, in the front seat, I’m not sure that Nathan was ever more proud. It seriously did look like an AT-AT. 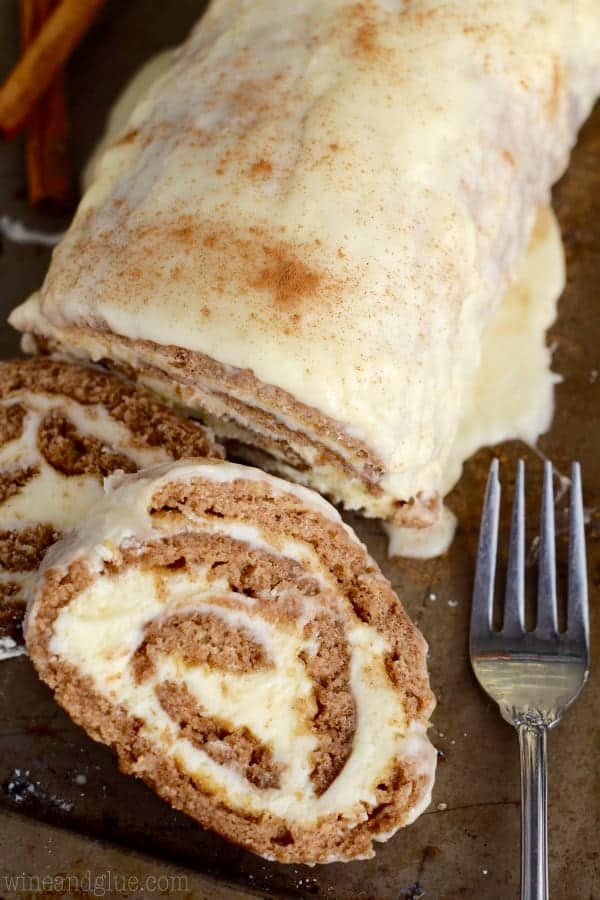 Guys. Cake Rolls are amazing. They are like a buttercream frosting delivery service. Loooooove. And the other thing is that if they crack that is just an excuse to add more frosting. Seriously though, if you do crack yours, and mine did, it’s not a big deal. Frosting is the answer. In this cake, I added Eggnog Buttercream Frosting, but if it’s not the Christmas season, or if you don’t like eggnog, just replace it with my Vanilla Buttercream Frosting. Same with the glaze. I used an eggnog glaze, but you can always just take out the eggnog in it and replace it with milk and it will be amazing.

Also, my friend Dorothy is pretty much the Cake Roll Queen. She has tips for making them here, and she even has a video here. To see all of Dorothy’s Cake Rolls, click here. 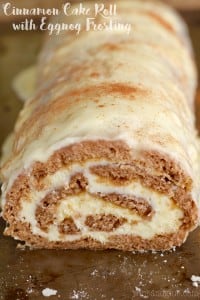