These Spinach and Artichoke Egg Muffins come together fast and you can freeze them for an easy breakfast on the run! 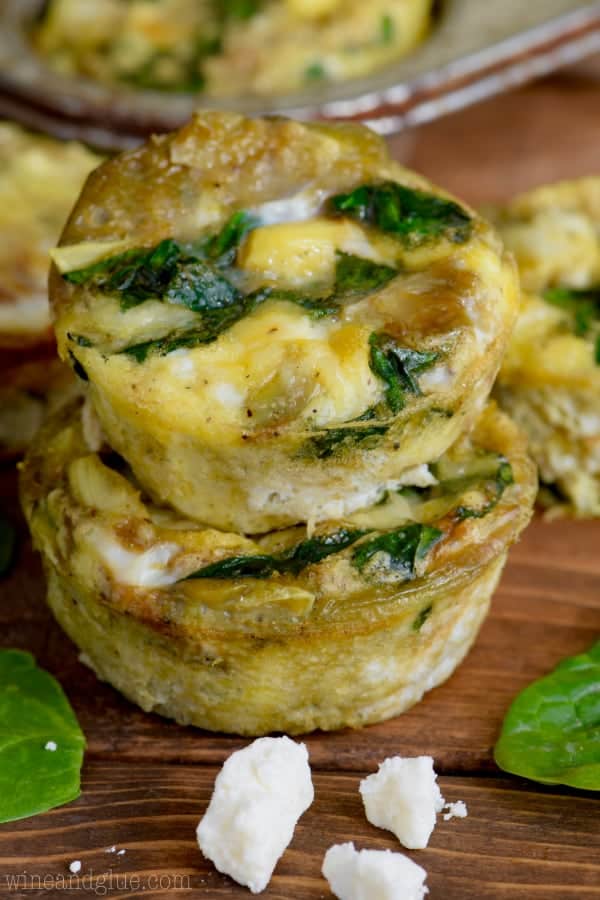 In the last couple weeks I’ve been going through all my old photos on my blog and deciding which ones need to be rephotographed and which recipes need to be tweaked a little.

Guys. It’s just so so so many. It makes me want to go back to 2013 Lisa, put my arm around her shoulder and say, “Honey. Take a photography class.” 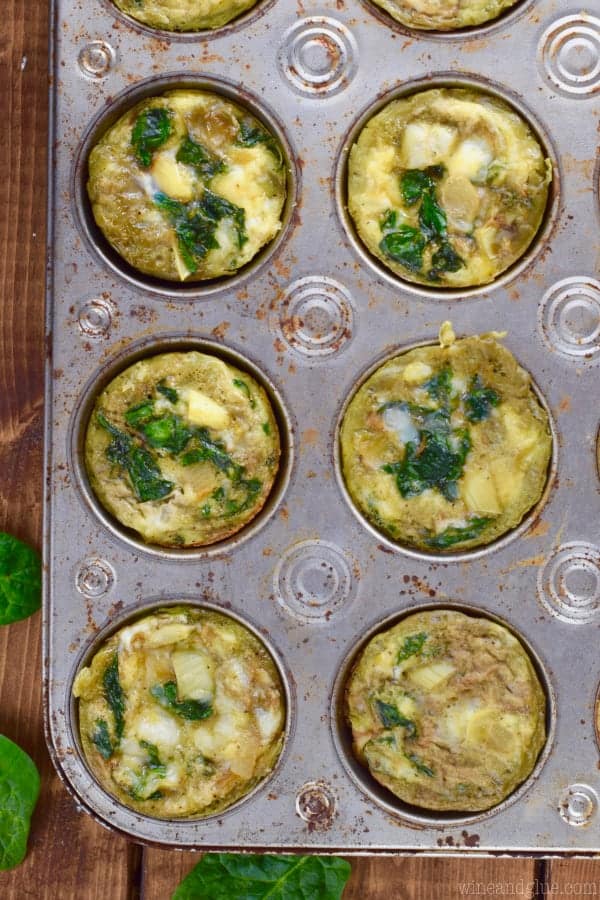 What’s so funny about it is there are SO MANY of those photos that at the time I was like, “LOOK AT THIS!” I was so so proud and thought I was just the bees knees.

I was not in fact the bees knees.

So, one of the recipes that I want to reshoot was this Spinach Artichoke Omelet. Also? Who posts an omelet?? #lame 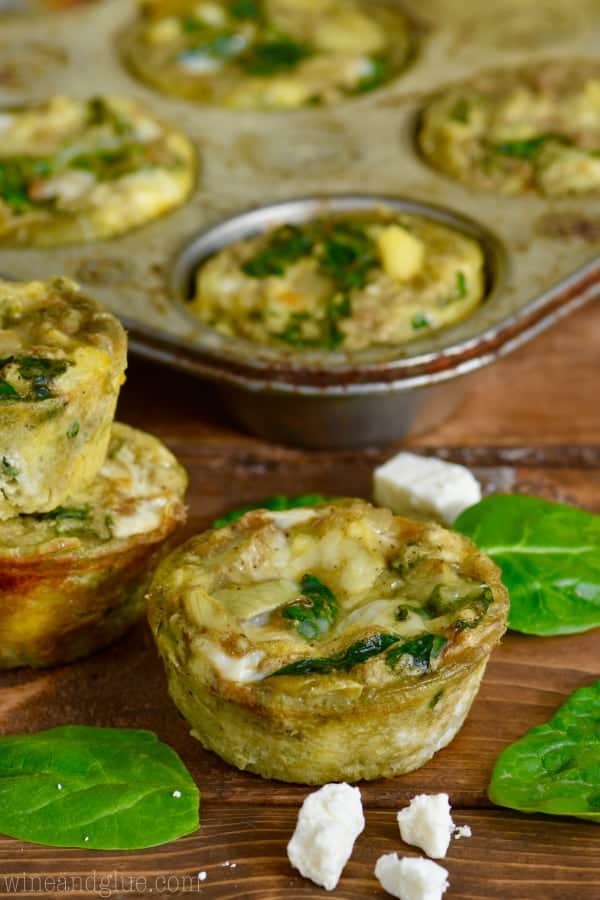 After I had decided to reshoot it, I was looking at it more and then I thought about these guys! So much better than an omelet because it makes a dozen and you can either put them out at a brunch, or you can freeze them and then heat them up in the morning before you run out the door.

They are delicious, flavorful and a perfectly boost for first thing in the morning.

And the photos of them don’t make my skin crawl.

But talk to me in two years and see what I say. 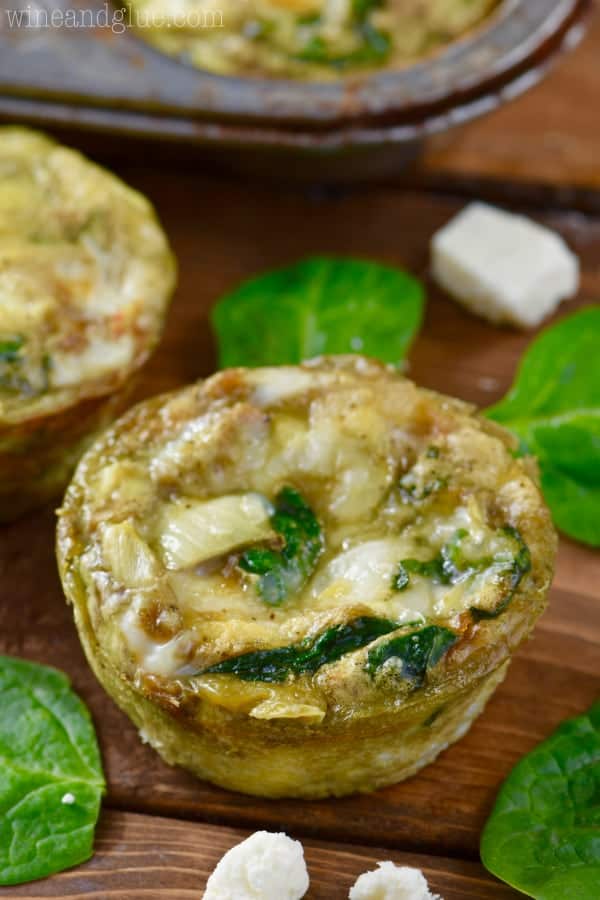 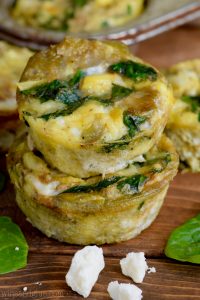 Recipe adapted from Taste of Home