This easy Szechuan Chicken is better than take-out! It is easy, only takes thirty minutes to make, and you can throw in whatever vegetables you have in your refrigerator this week. If your family is craving chicken Szechuan style, this is the recipe for you! 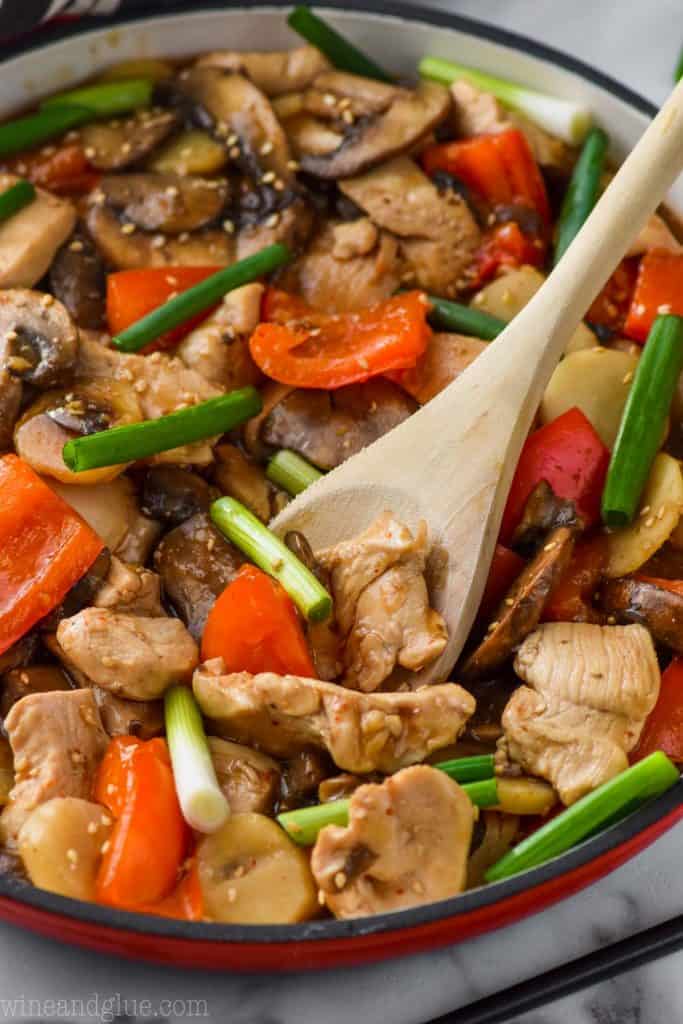 Back in the day, when Nathan and I were first married, I barely knew how to cook. It was Christmas Eve or Valentine’s day, or some holiday that I wanted to make special. So we picked up a packet of Szechuan mix and made it at home, carefully following the directions on the back of the packet. Super special, right?. Ah to be young, naive, and poor. But! It was delicious, and quickly became one of our favorite meals. We were picking up that packet on the regular.

As I got better at cooking, I decided that I wanted to try my hand at making it at home, sans packet that contains who knows what in it. The older I get the more my love for cooking grows. I love making things from scratch because I can control the flavors so much more. Turns out we love the homemade version a lot more and it is a regular meal in our house. One of my pickiest eaters recently declared this their favorite dinner! 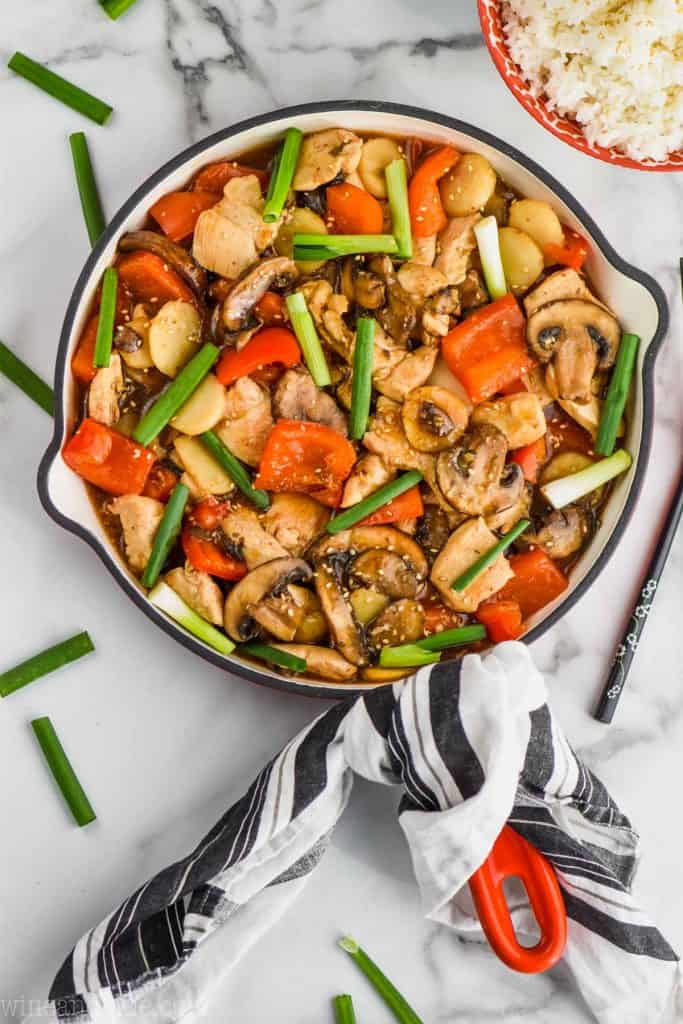 WHAT IS SZECHUAN CHICKEN?

Szechuan actually refers to a region of China. The cooking in this region tends to be bold and spicy, which speak to the flavors of this dish! Typically Szechuan Chicken uses eggs and cornstarch to batter the chicken. It also usually uses chili paste and whole or ground chilies. Because we make this for our kids, I leave out the whole chilies to take the spice down a little, but leave in the chili paste. If you like spicy dishes, pick up some whole chili peppers and throw them in with this dish. It is what we did when we were just cooking for two. I also skip the battering of the chicken, opting to just put corn starch in the sauce and thicken it that way. 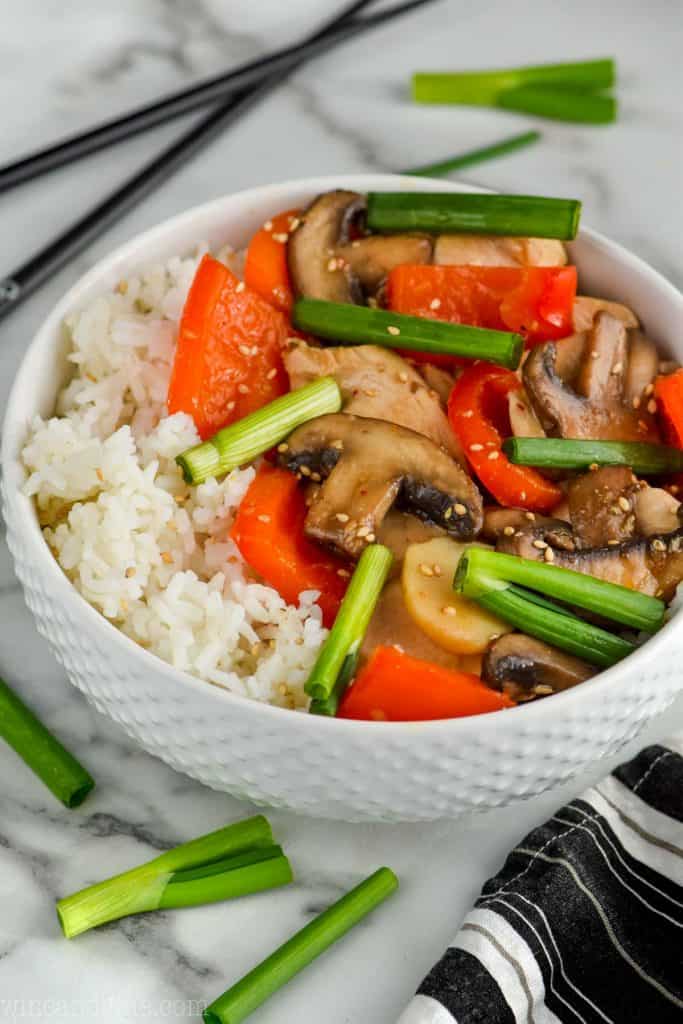 WHAT VEGETABLES ARE IN SZECHUAN CHICKEN?

Traditionally, Szechuan Chicken uses strips of carrots and bell peppers. Our family really loves bell peppers and mushrooms, so that is what I opted for in my version. I also throw in water chestnuts because I love their crunch. Occasionally I will add bamboo shoots too. For the photographs, I added some green onions at the end for some color. These would be great cooked in with your vegetables. Szechuan Chicken would also be great with broccoli. 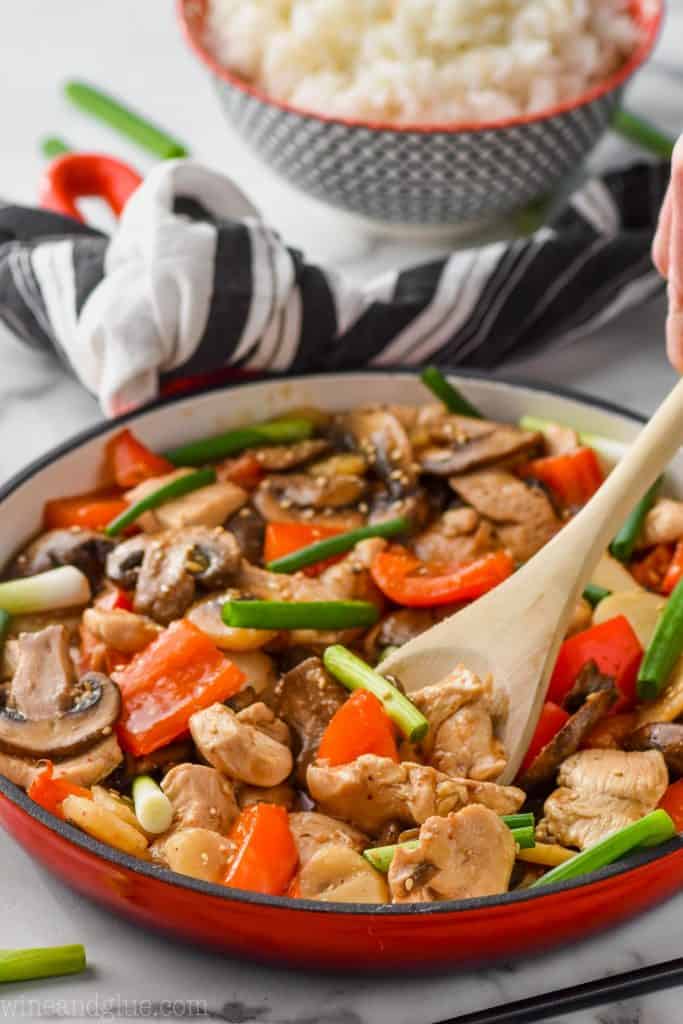 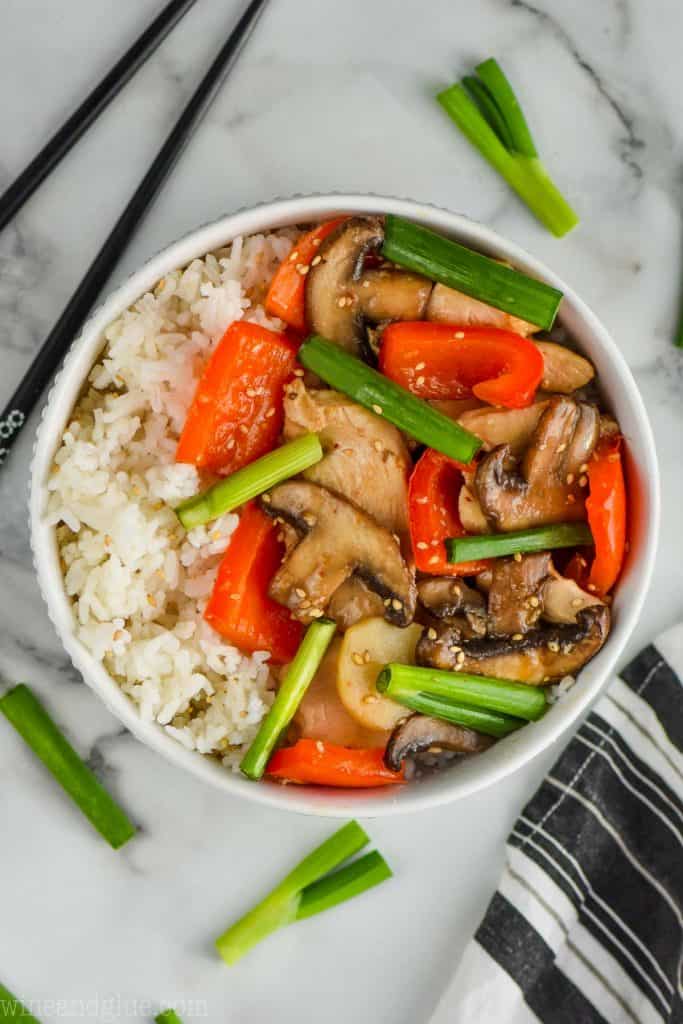 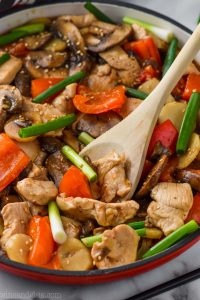 Serves: 4 people
(tap # to scale)
Prep: 10 minutes
Cook: 12 minutes
Total: 22 minutes
This Szechuan Chicken is better than take-out! It is easy, only takes thirty minutes to make, and you can throw in whatever vegetables you have in your refrigerator this week. If your family is craving chicken Szechuan style, this is the recipe for you!
print pin it rate 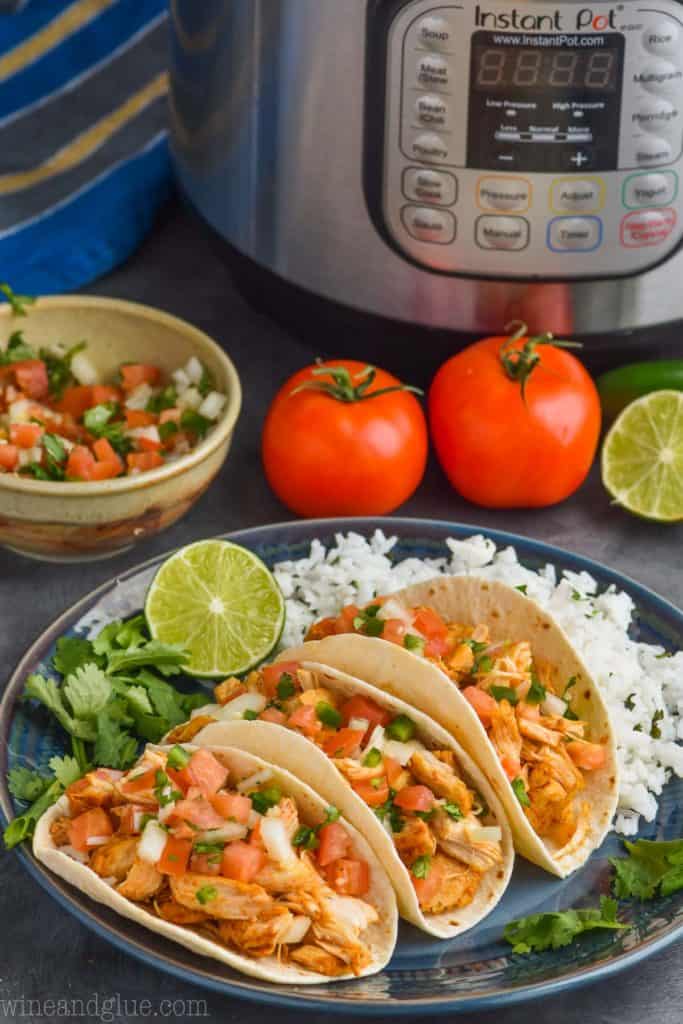 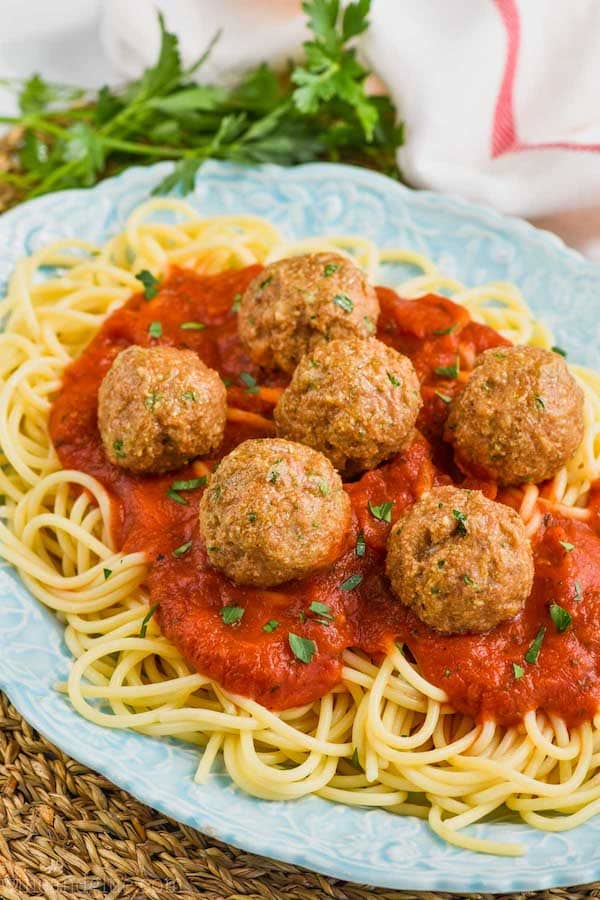 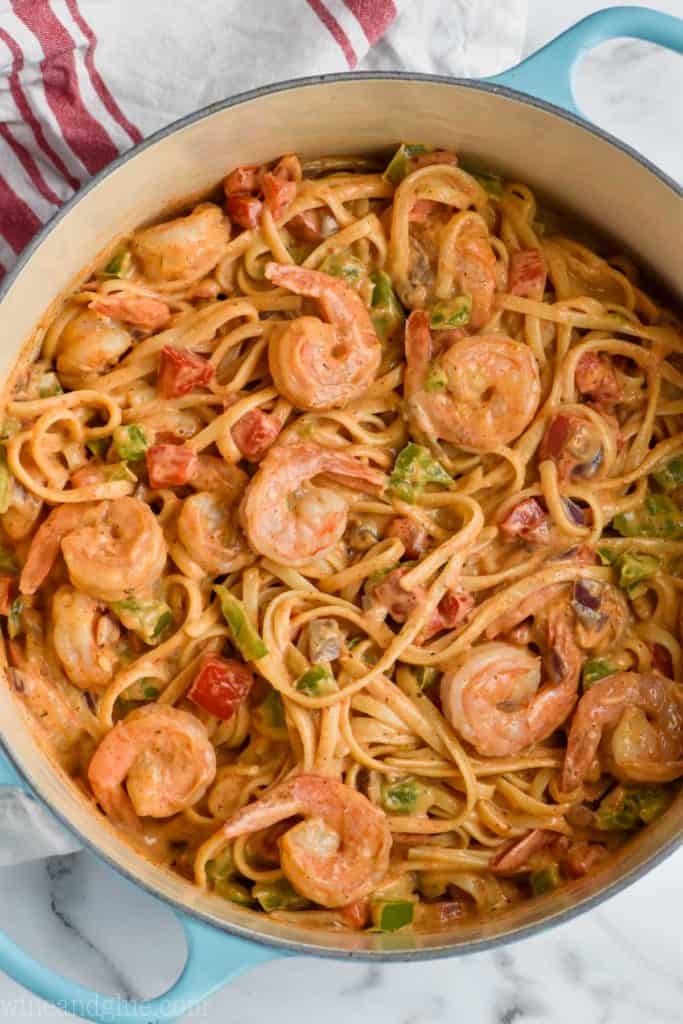 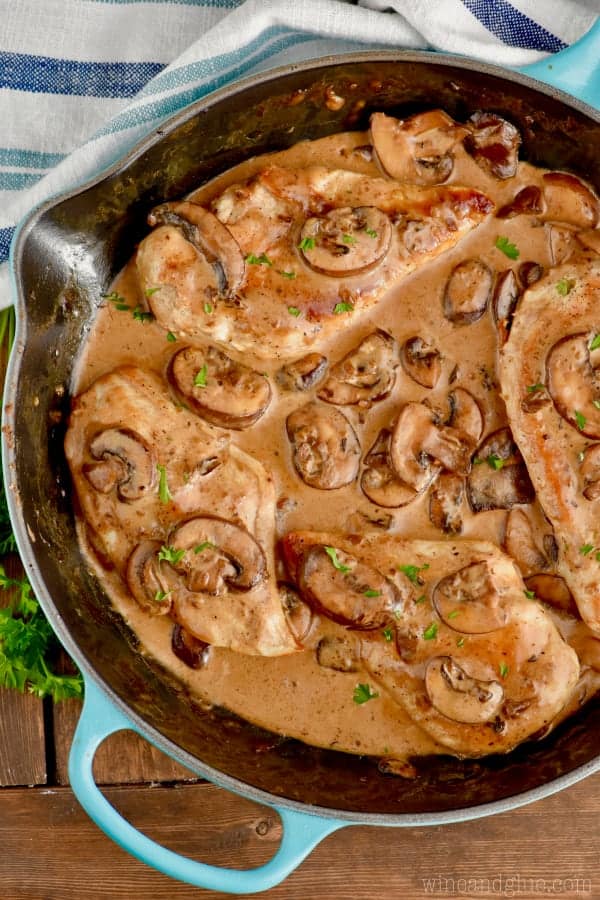 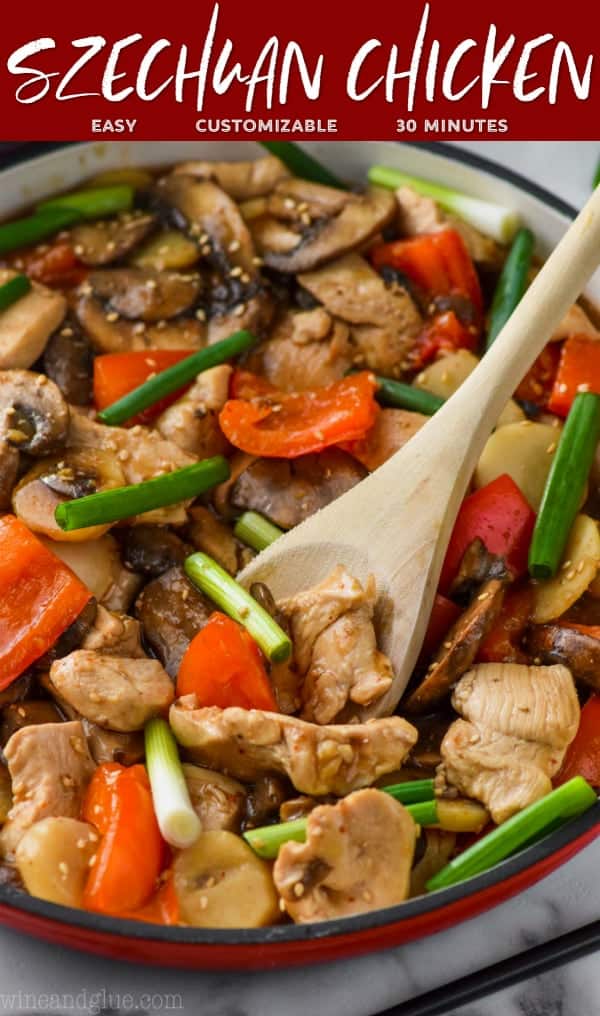