You only need ONE ingredient for this fun and delicious Watermelon Granita! 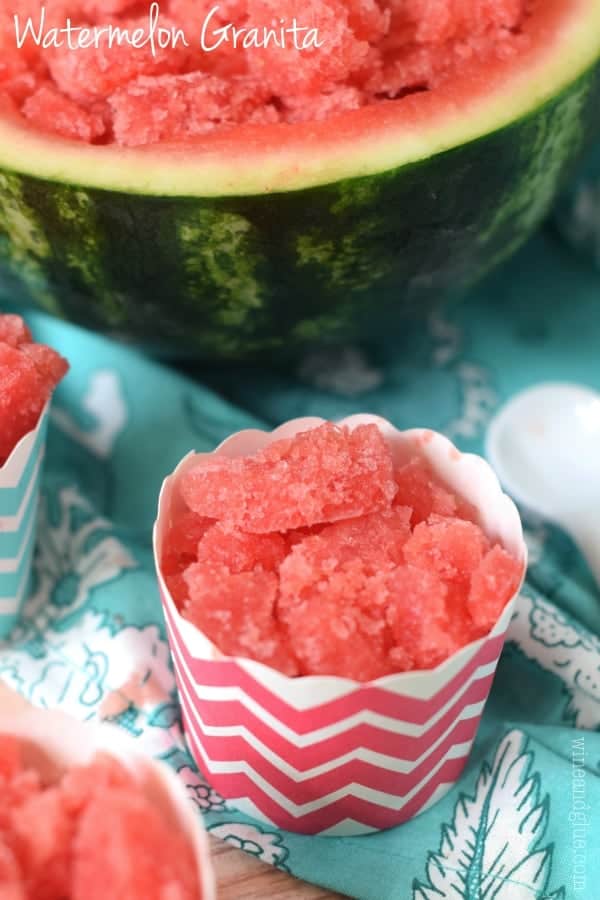 You guys are going to be so annoyed by how many photos this post has, but you know what? Watermelon is pretty, ‘yo! 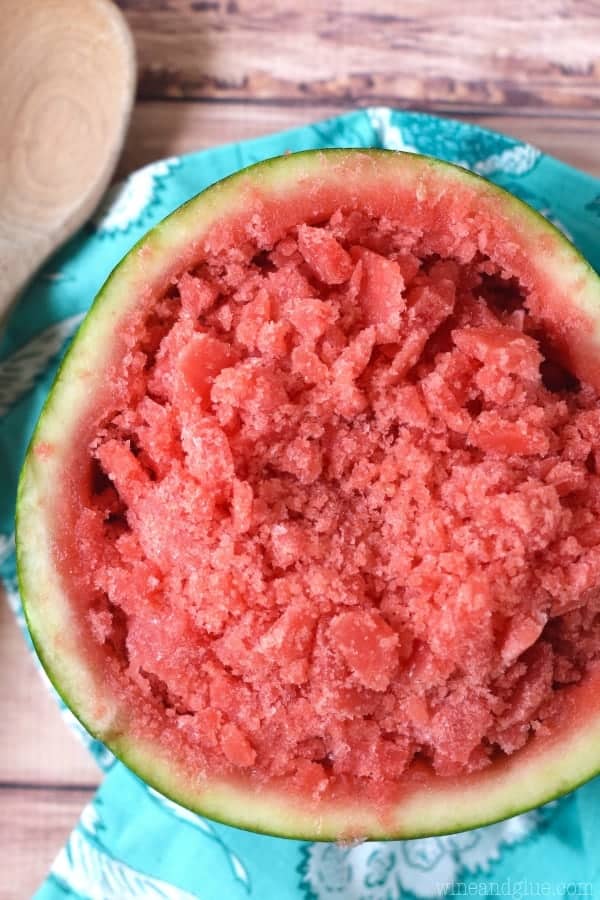 My typical answer is:  I don’t know.

The reality of the situation is that there are probably lots of complicated answers to that question. I have a loving husband who is supportive and shoos me out of the house a couple times a month to get work done, I have kids who are on a pretty rigid schedule when it comes to naps/rest time so that I have a guaranteed chunk of time, and I have really really patient kids who play independently around me while I am making food/writing up posts/scheduling social media/taking pictures . . . .

Most of the time. 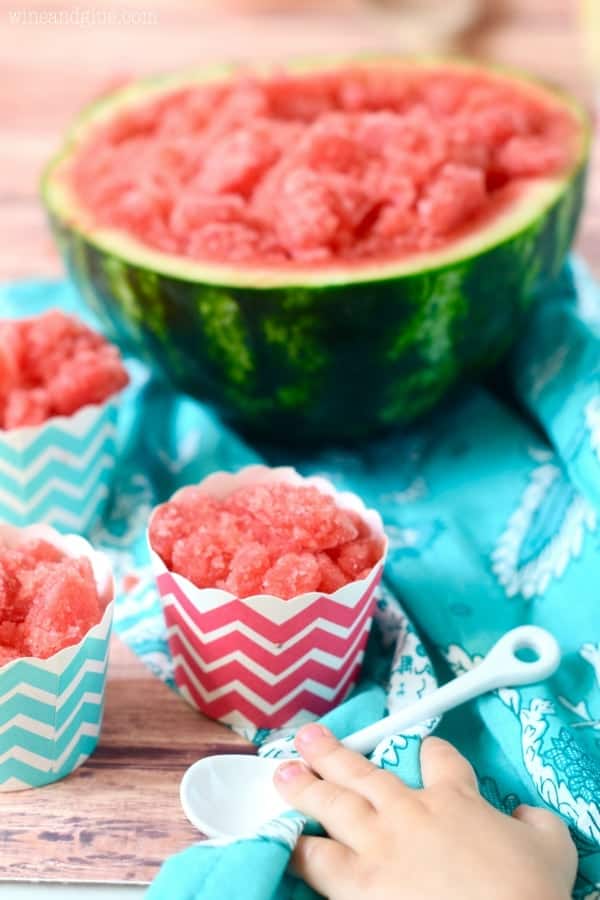 While shooting this Watermelon Granita, Piper just couldn’t hold back. She wanted in on it. 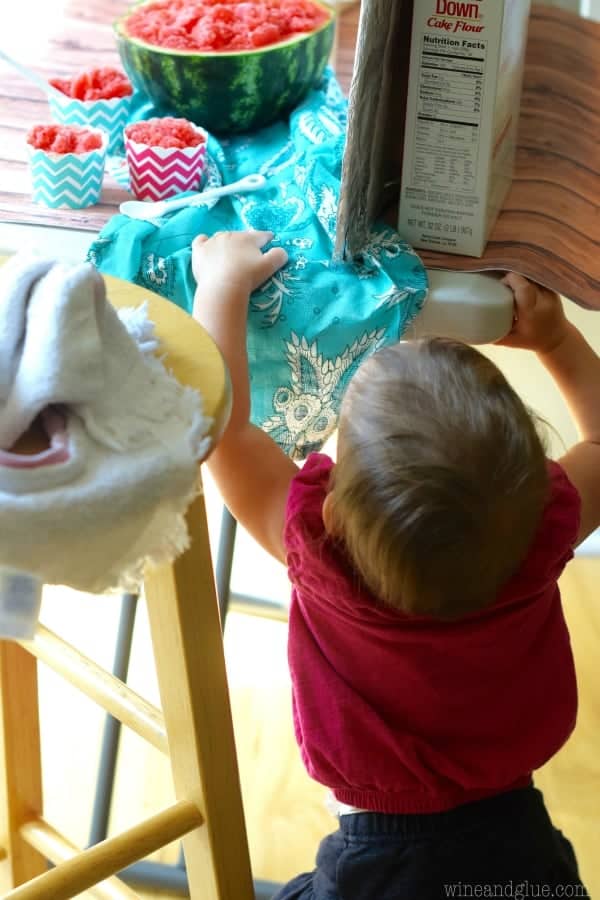 So I started giving her little bites in the hopes that it would satisfy her long enough to get her paws out of my shot, but . . . . ummm . . . . it didn’t. And do you know that shooting frozen treats in the middle of July in Wisconsin next to a bright sunny window is an exercise in futility? Everything wants to melt before you can capture it in all it’s frozen glory! 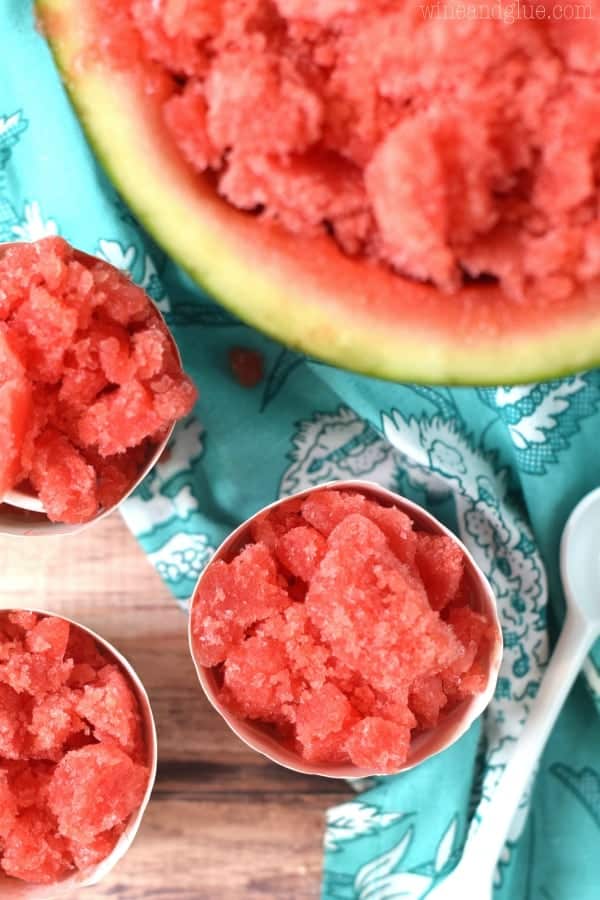 Which is . . . perhaps . . . another reason why I feel the need to include about 8 hudrendy pictures in this post. It is beyond amazing to me that between thawing watermelon and chubby baby fingers that I was able to capture this fun dessert! 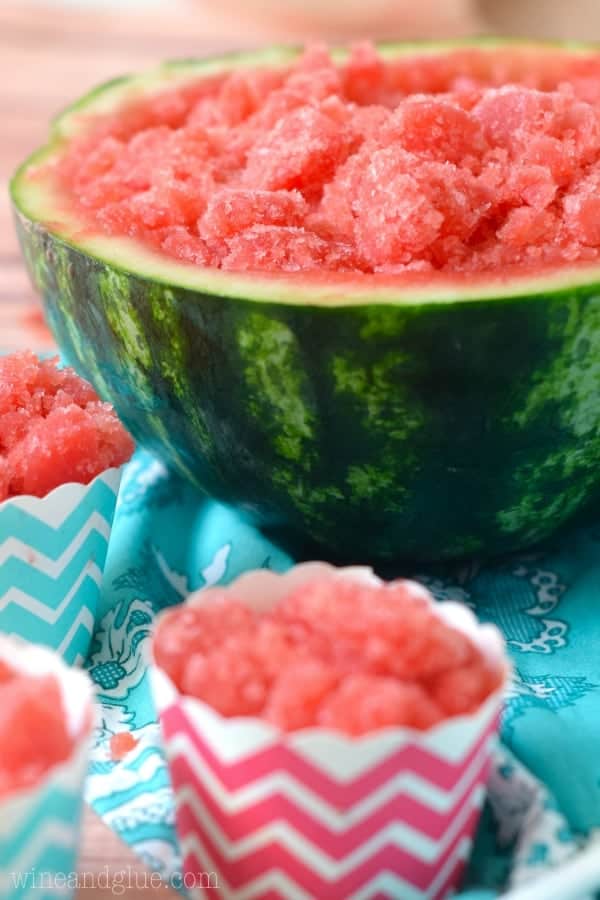 Granita is typically just frozen fruit puree with a little sugar to it. (The first granita I ever made was just apple sauce, honey, and a little lemon juice, yummy!)  It’s way simple, guys. But! I found that the watermelon I bought was SO ripe and so delicious that it didn’t need anything. I had thought about adding some honey or agave nectar, but it really didn’t need it.

But if you wanted to mix this up a little you could throw some pineapple chunks in your blender with the watermelon, or maybe a little lime juice. Or both! You just blend it up, pour it in a really big pan so that it is a pretty thin layer (you don’t want it to be much thicker than a half inch) and then you freeze it. Once frozen, scrape it up with a fork and spoon it back into your watermelon shell. Serve it right away or cover it with aluminum foil and serve it later. Done and done! And easy, and pretty healthy dessert! 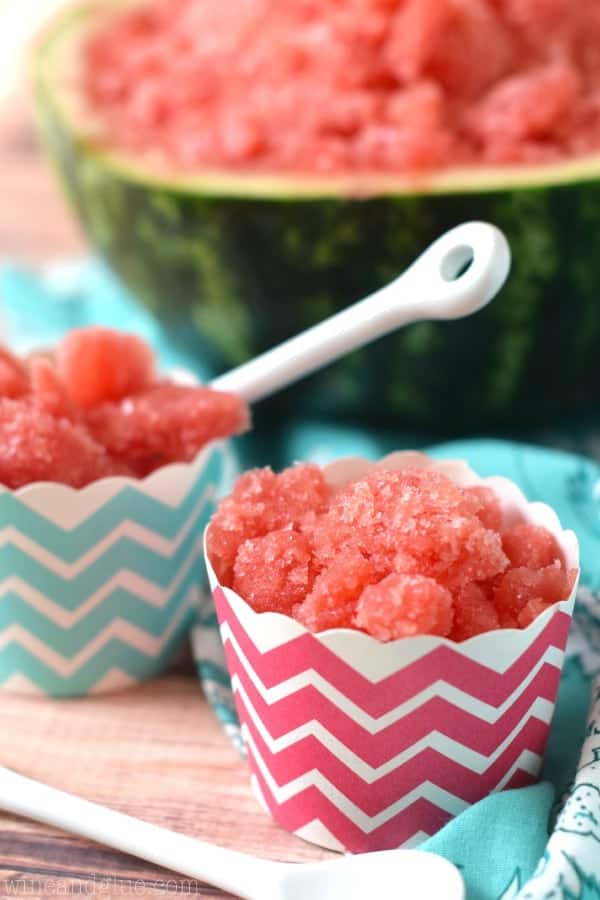 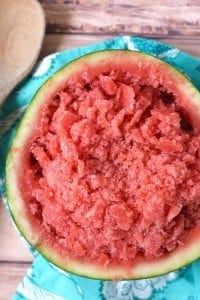 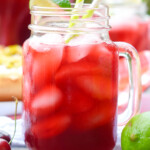