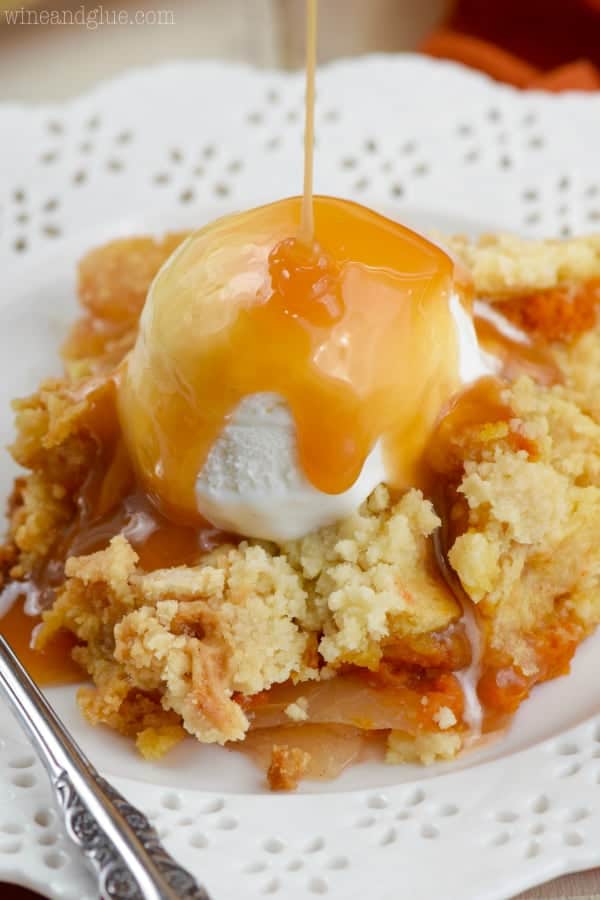 So I have this really . . . . weird personality trait.

I don’t even know how to describe it. It’s not like I become the main character, because that would be a little psycho. It’s more like I become so engrossed in it, that I get lost in the reality of the book. So if the main character in the book is a woman and she is fighting with her significant other, I have to regularly remind myself that Nathan and I are not in an argument. ????

Anyway, I’ve been binge watching Real Housemoms of New Jersey (it’s okay, you can totally judge me, I judge myself . . . and my husband has been very open about his judgement of me) while my family is sleeping and I’m working or while I’m working out . . . .

So now I have to remind myself all the time that I have no drama in my life. That there aren’t people regularly talking behind my back confessional style while wearing entirely too much make up. And, no, no I am not in fact capable of installing a pool with a swim up bar and grotto in my new backyard. ???? 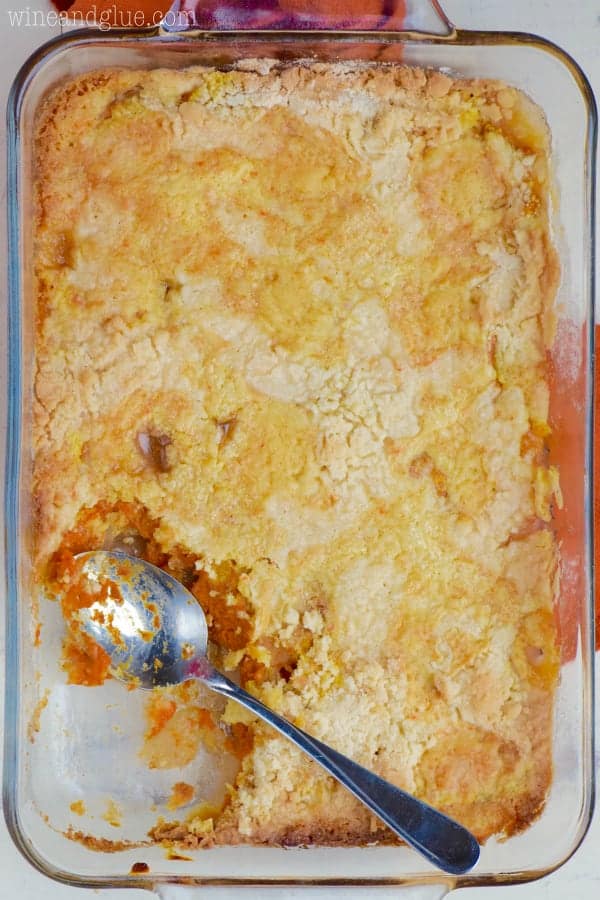 So much less complicated than the twisted relationships of RHONJ . . . or my brain . . . is this Apple Pumpkin Dump Cake.

You guys, it doesn’t get much more simple than this.

It’s literally four ingredients. Looooove desserts like that. Here are two things I’m going to say about this. Nope, scratch that, three:

Edited to Add:  So I just remade this for a video, and decided to throw some spices in with the pumpkin. I liked it better, guys. Why didn’t I think of this before?? It’s good in it’s original form too, but I love the hint of fall the spices give it, which are now reflected in the recipe. It’s worth the extra step and two more ingredients, right? 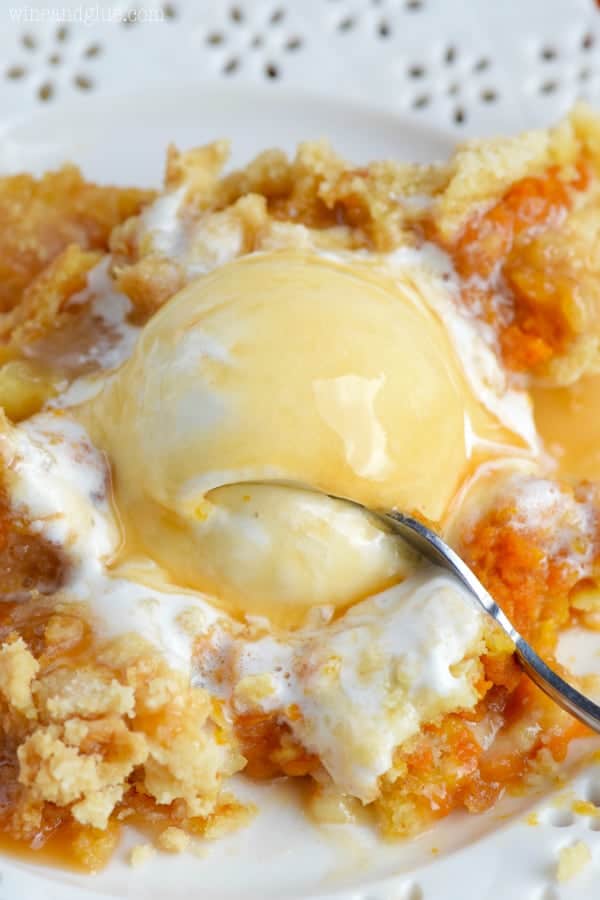 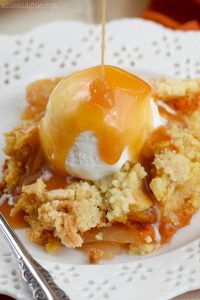