This Chocolate Covered Cherry S’mores Dip is incredibly easy to throw together, but is knock your socks off delicious! 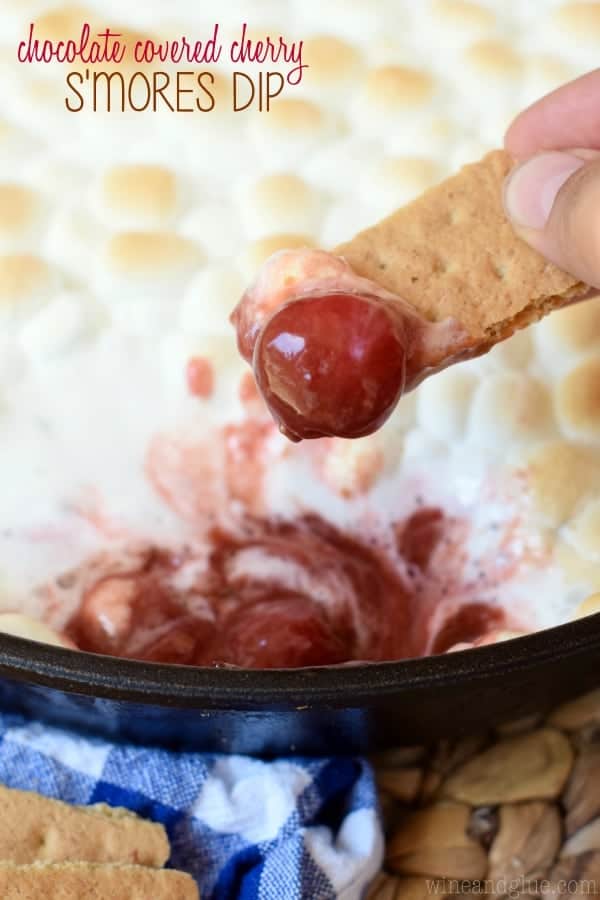 Have I told you that the kids (well, at this point just Gavin, 7 1/2, and Quinn, almost 4) like to incorporate Elliot into the games they play? 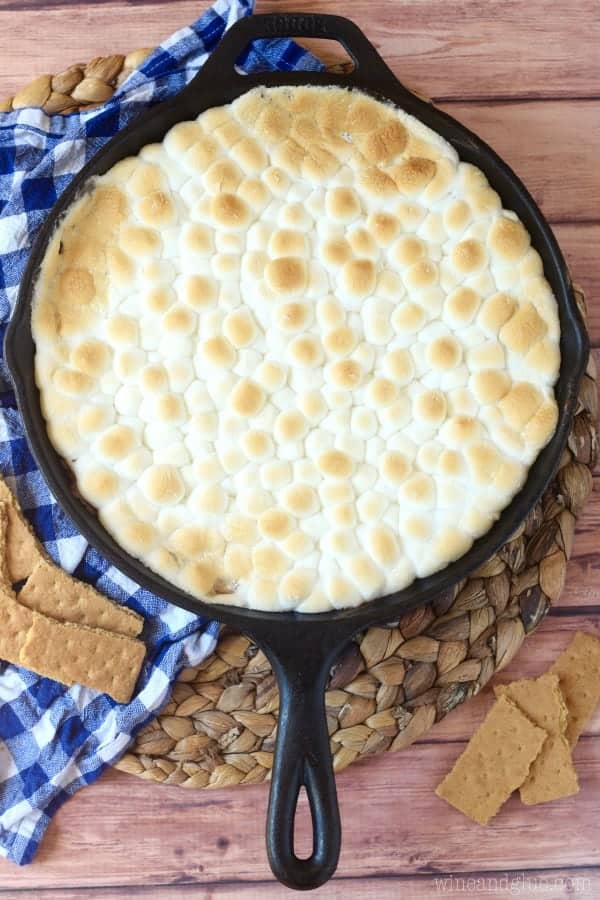 It started when I was pregnant with Piper and Gavin made Lego characters for each one of us. Little mini figures that he put together, each with it’s own set of armor and they would head into battles together. It happened just after we told him Piper’s name. He made a mini figure for her and he made one for Elliot. And he and Quinn played endlessly with them, always knowing who was who.

It wasn’t long after that that I heard them outside, armed with sticks, stalking imaginary enemies, talking about how Elliot was on their team and fighting with them. 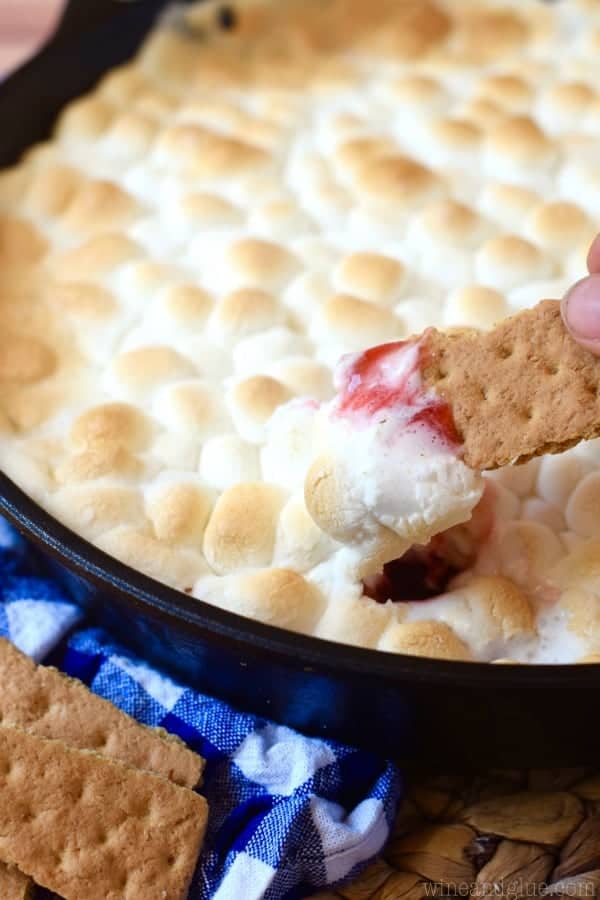 {If you listen closely, you can hear me sigh right about now.}

Grief is such a strange, very complicated, and many faced beast. And while I generally try to speak about things in positive ways, because of the whole your thoughts create your reality thing, I really mean it:  Grief is a beast. It hides in unexpected places and grabs you when you don’t expect it. It rocks you to your core and doesn’t really leave you. I’ve learned to live with this beast, but I still call it a beast.

So because of the grief beast, I find this play to be equal parts heart warmingly beautiful. Like, lights up your soul beautiful. And horrifically sad. Like makes me want to hide in my bedroom with a bottle of wine sad.

The other part about grief:  Each person gets their own beast, and the beasts can’t compete with each other. So my kids get to grieve too. Gavin gets to grieve that now he has two little sisters who he undoubtedly adores, but seriously, #sisters. And he is desperately missing the brother he didn’t really get to have. And Quinn isn’t quite in the thick of yet, and who knows if she will be or how her beast will raise it’s ugly head. But she gets to grieve too. We all do. 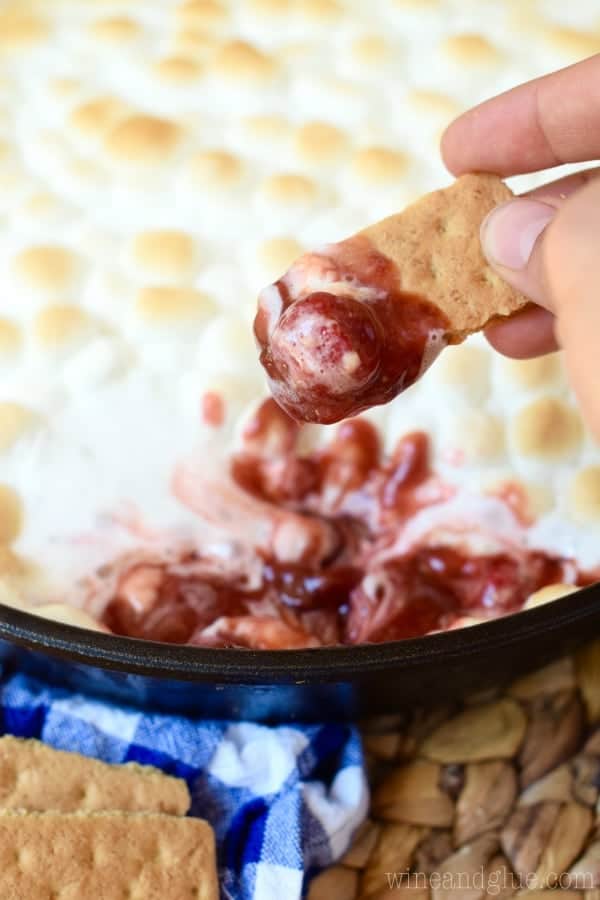 And so when I’m sipping my coffee in the kitchen and from the living room here, “Come on Elliot! Let’s get ’em!” I just listen as they play and let them grieve. Or not grieve. Or whatever they need to do to remember their brother.

And I let myself feel horribly sad and amazingly happy at once and try to not feel too confused. #sohard

And then I eat endless amounts of Chocolate Covered Cherry S’mores Dip. :) 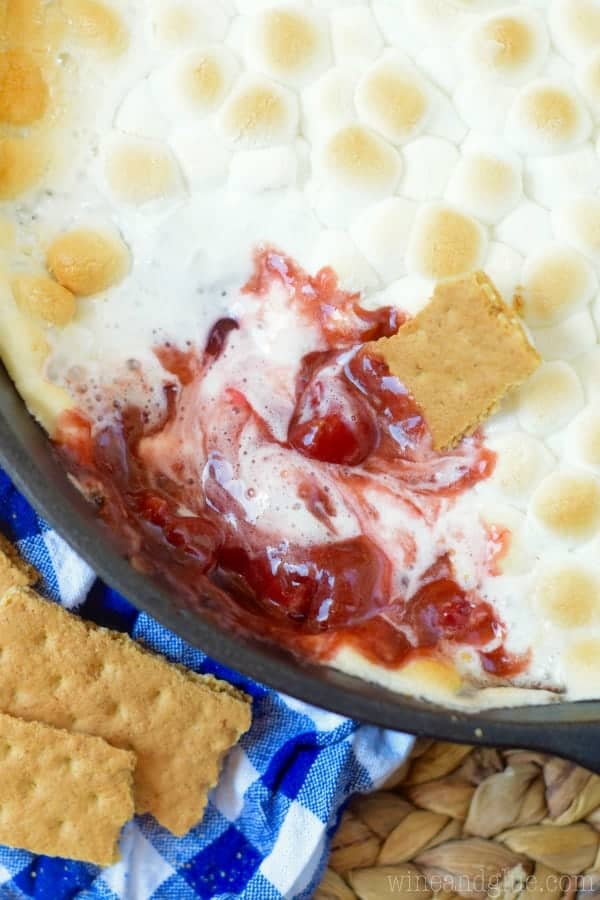 You might have caught the earlier version of this dip on Instagram. You guys. I made this damn s’mores dip like five times. I kid you not. The first version was a Milky Way S’mores Dip that I could. not. get. right. No worries, my friend Sarah did.

But this Chocolate Covered Cherry S’mores Dip! You guys!! It is seriously so intensely good and not at all hard to make. Besides all that, you need only FOUR ingredients to make it! I make it with cherry pie filling because that is SO easy, but if you want to make the cherry part from scratch check out this recipe for the deets:  Mini Cheesecake for Two.

I promise you it won’t make the grief go away. It won’t make you feel any better. But for at least a second you will have a smile on your face because it’s impossible to eat this and not smile. 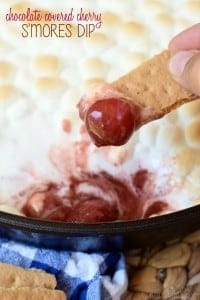 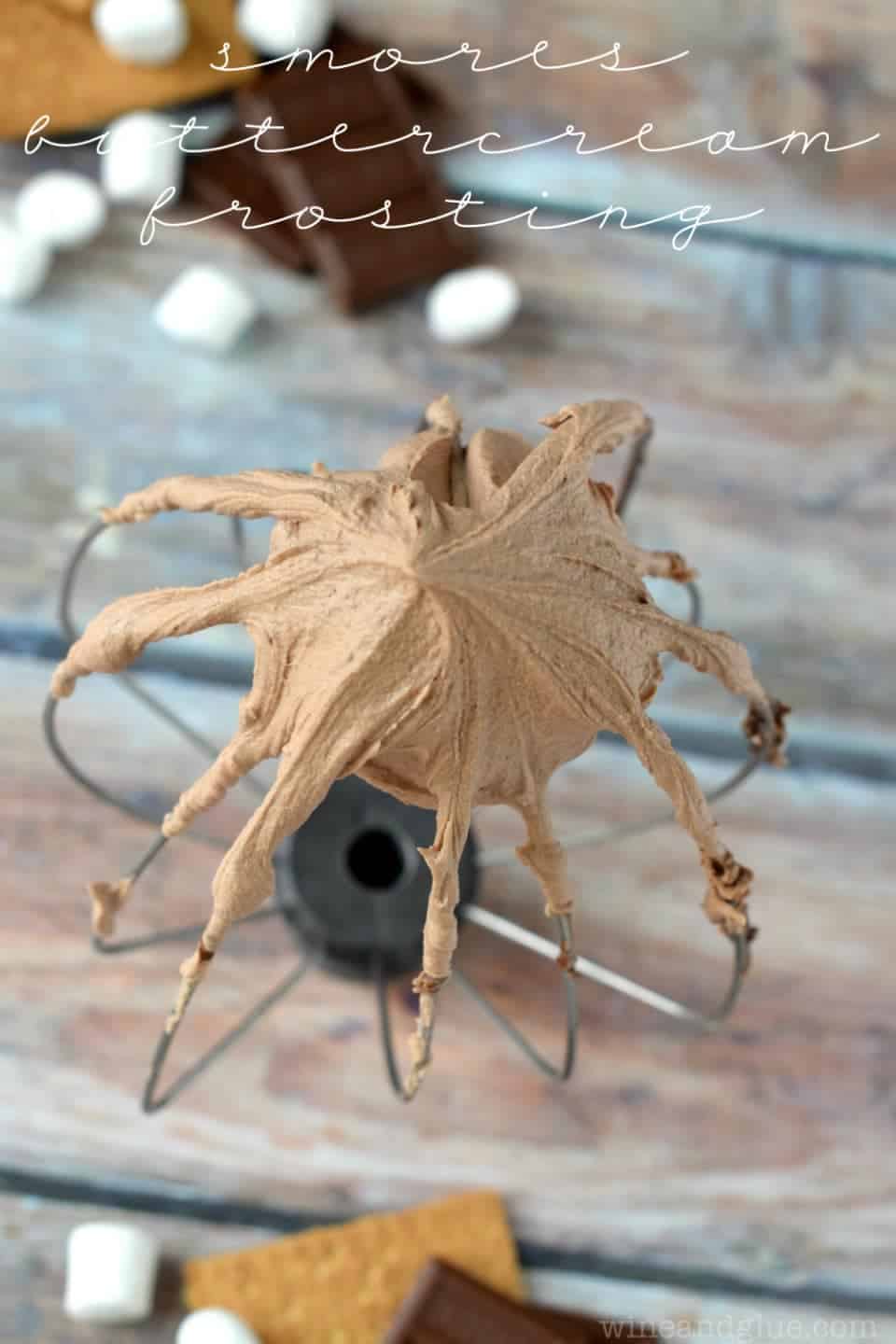 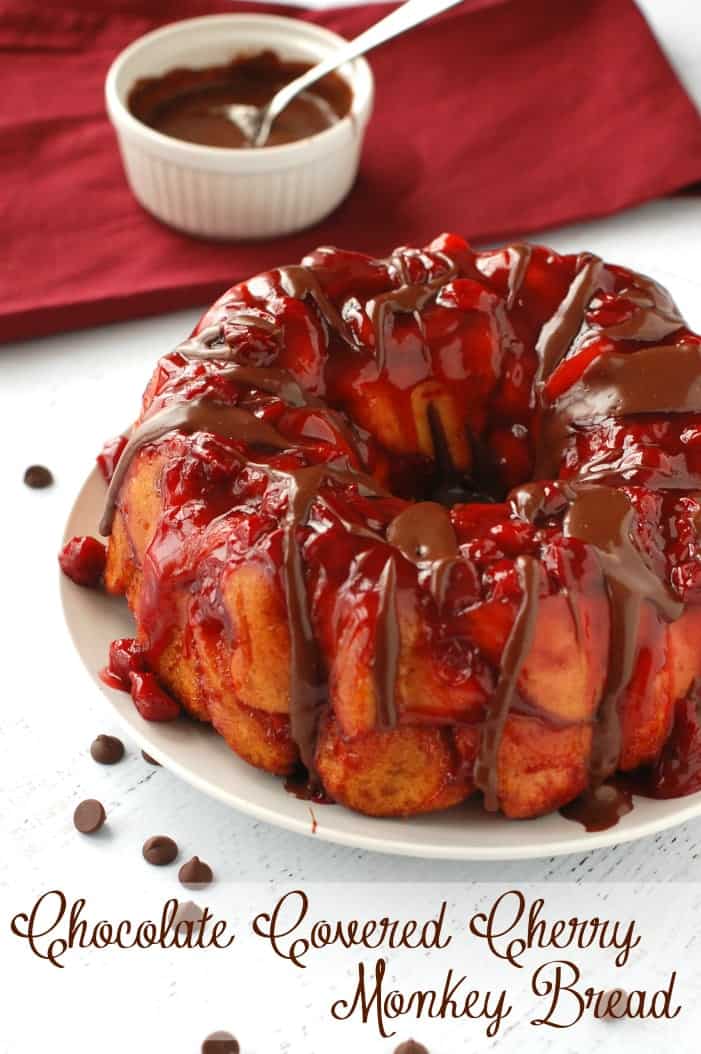