These S’mores Peanut Butter Cup Mini Pies are the deliciousness of a s’mores, smacked with a peanut butter cup, and stuffed inside a pie. I dare you to only eat one! 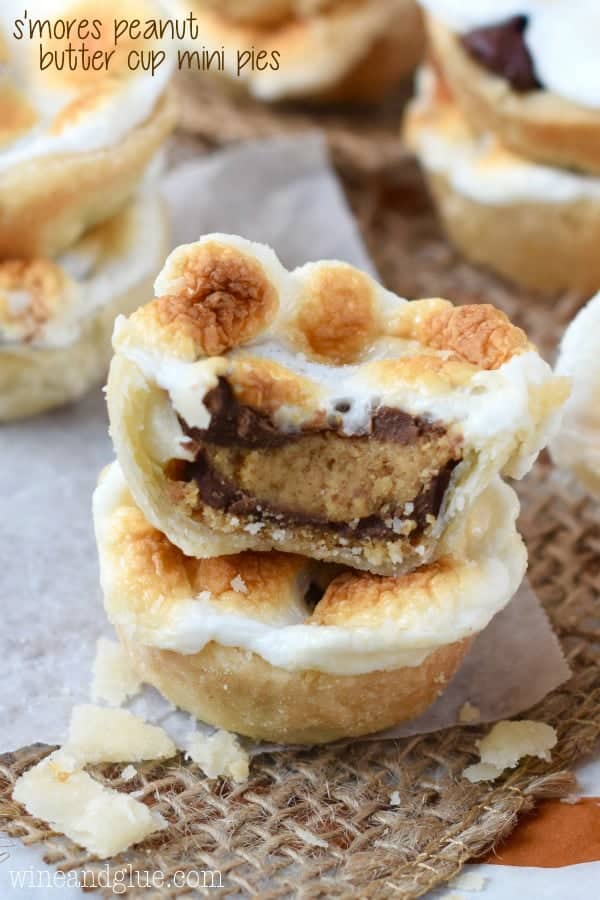 Please tell me I’m not the only parent that this happens to.

So you’re sitting there contemplating trading your child for a goat and all the sudden they do something that makes your heart grow by 8 sizes, all Grinch style! 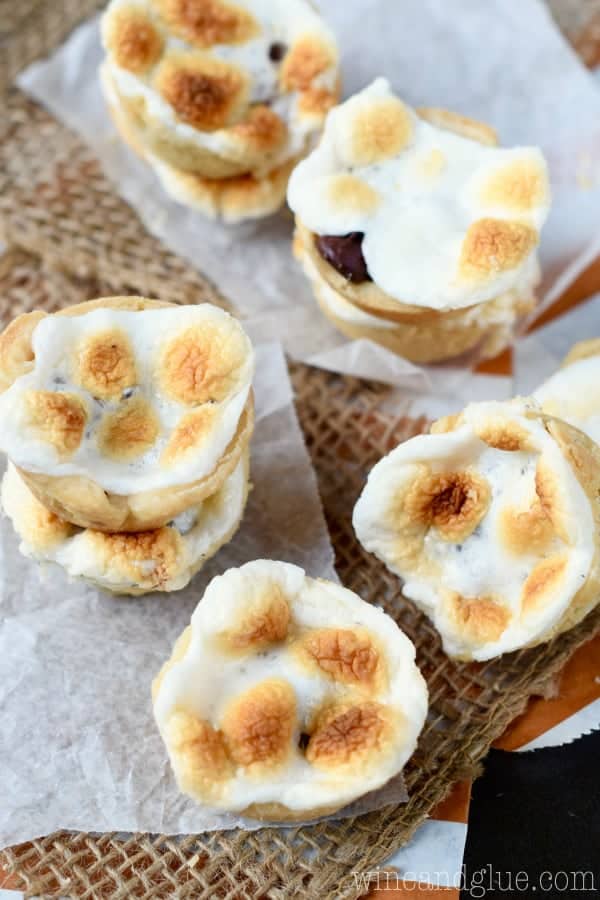 Quinn had dumped sand all over our deck, kicked her baby sister, made her brother cry, and set fire to the house (<—— that’s a lie . . . and the words of a desperate over run by summer mother). It was late in the day. I let out an involuntary groan because raising three small children speeds your aging by three times #fact. And Quinn asked me what was wrong. I told her that I was just tired and she said,

And just like that I didn’t want to sell her anymore! 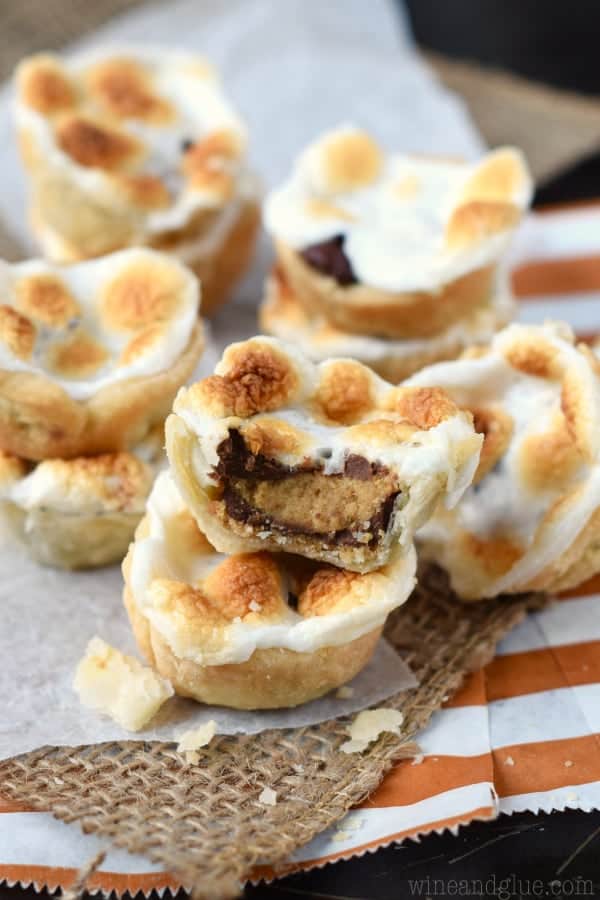 Piper was being a BEAST.

She bit me. Like bit me hard enough to make my eyes water and make me scream and leave a mark. I’m pretty sure that it was because she was super frustrated with her sister and had no idea where to go with that. But. She bit me.

And then later in the afternoon when I laid down on the couch for a minute, she came over to me and I picked her up and she put her head on my chest and laid on top of me. For like five minutes. And it was the sweetest thing that has ever happened in the history of the world.

And I no longer wanted a goat instead of her. 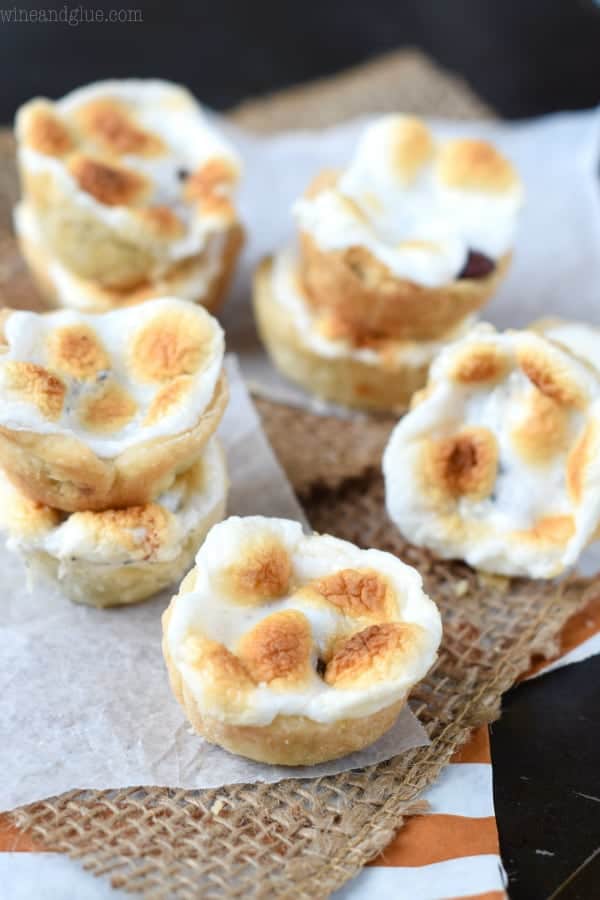 And I get that you are think that is super sweet.

Okay, should we talk about these mini pies instead? Fantastic!

They are made from my Fool Proof Pie Crust, there’s a little graham cracker crust thrown in there, because, you know s’mores. #Duh. Then there is a peanut butter cup and in the final minutes of baking you jack up your oven to broil and throw on some marshmallows. YUMMY!

And if you have a leprechaun living in your house who leaves you short a few peanut butter cups, and I mean, who doesn’t? You can just throw some chocolate chips in there instead. Done and done! 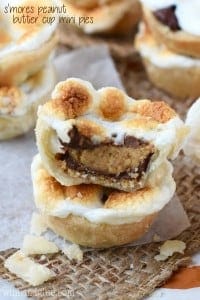