My husband described this Mushroom Meat Lover’s Pizza as one of the best he’s ever had, if you love bacon, you will love this pizza! 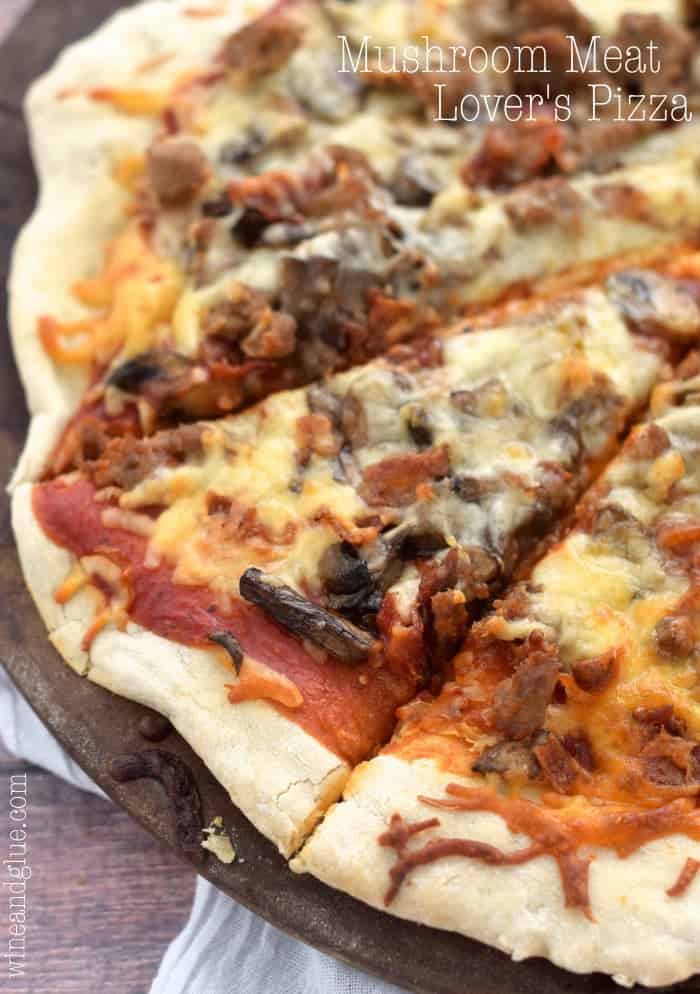 I heard recently, and I cannot for the life of me remember where, that if a couple wants to do one thing to help their children, it should be to work on their marriage, to make their marriage a priority. It really struck a cord with me. And not that Nathan and I hadn’t been working on our marriage, we have for sure, but we don’t always make it a priority. It’s so easy with so many other things going on in life to kind of put it on the back burner.

But marriage takes a lot of work!

And I don’t want us to be just passive participants in our marriage.

So, like I mentioned here we are trying to make dating more of a priority. I’ve been booking date nights by trading babysitting with another couple that has small kids and booking a babysitter at least once a month. And it’s been awesome. We haven’t done anything worth mentioning, just really boring stuff, but the time together is priceless. When you are swimming in snotty noses, dirty diapers, book reports, endless work hours, and a laundry pile that will. not. die. it’s so easy to forget why you actually liked each other to begin with.

Last weekend we went bowling and were reminded of two things:  1. We love flirting with each other (again, Nathan wants to murder me and block my blog from his works’ computers) and 2. I am horrible at bowling. 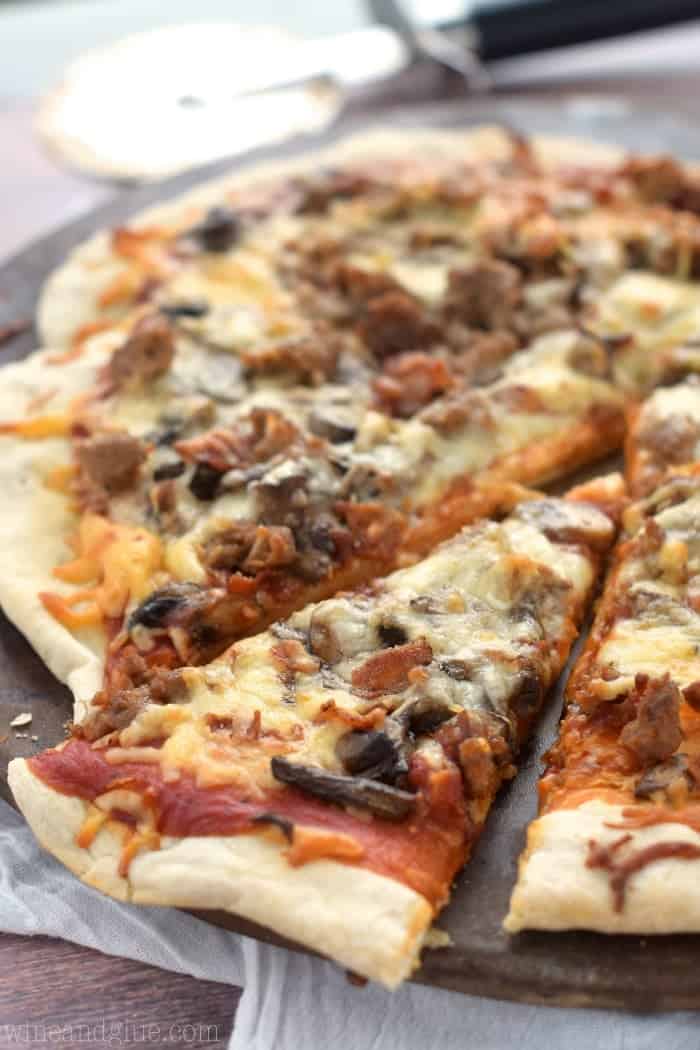 This is a pizza that I made for Nathan for his birthday. And in typical Nathan fashion, he said, “It’s pretty good.” Which meant that he loved it. He actually did say later that it is one of the best pizzas he’s had, though today when I asked him if I could quote him on that he said, referring to our Italian honeymoon, “I mean . . . the pizzas in Italy were really good.” #husbandswhowanttobemurdered

The thing that really makes this pizza amazing, and I’m going to need you to say it with me, is BACON. You start by frying up some bacon in a cast iron skillet. You take it out of the skillet, but keep the fat, and then you cook the mushrooms and other meat up in the bacon fat. YUMM! It gives the whole pizza this really amazing taste.

If you don’t have a cast iron skillet, you need to fix that. Just kidding. You can totally use whatever you normally cook bacon in, just be sure not to dump the fat. Use it to cook the mushrooms and the sausage. Your fat pants will thank you. 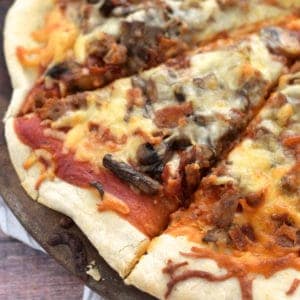 You don't have to use a cast iron skillet, it's just that it cooks the bacon really well. If you use another type of pan be sure to save the bacon fat to cook the mushrooms.
Author: Lisa Longley 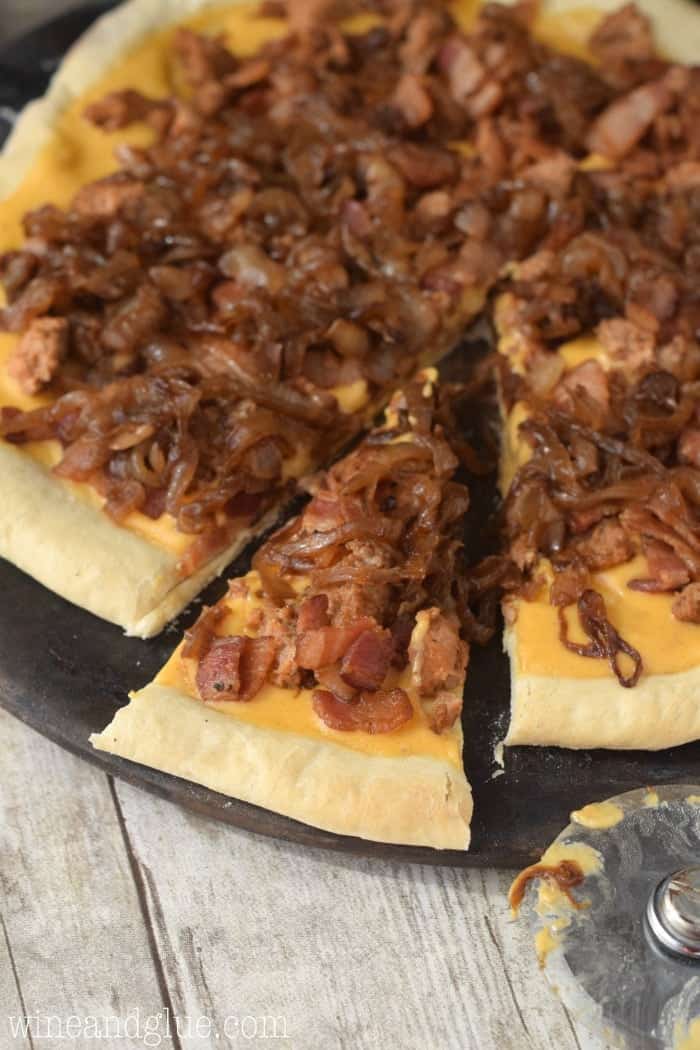 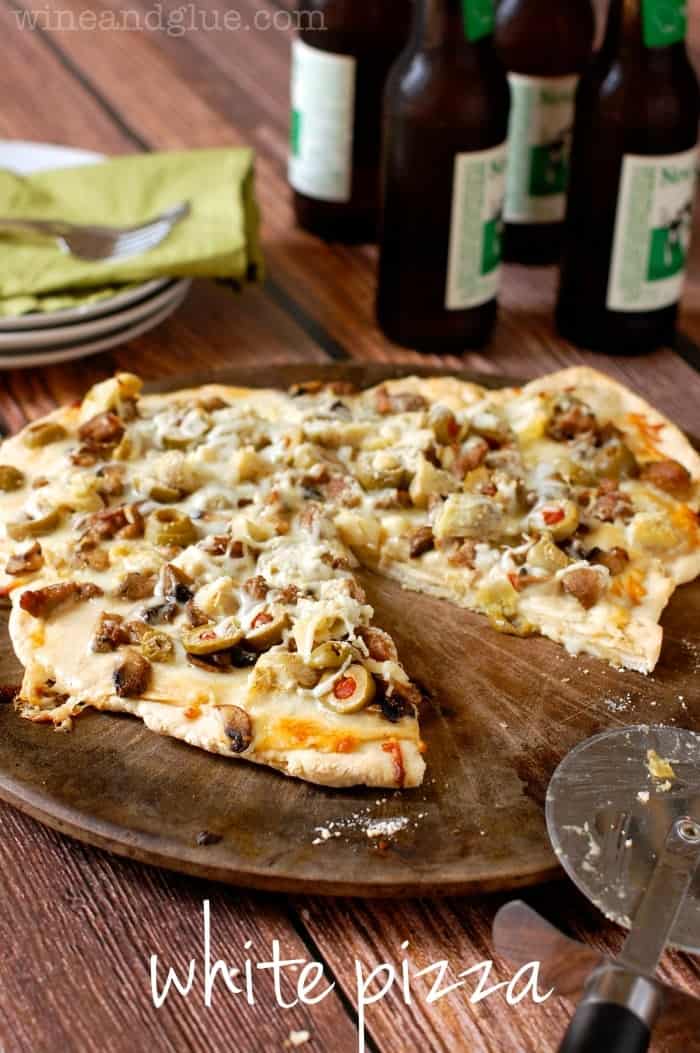 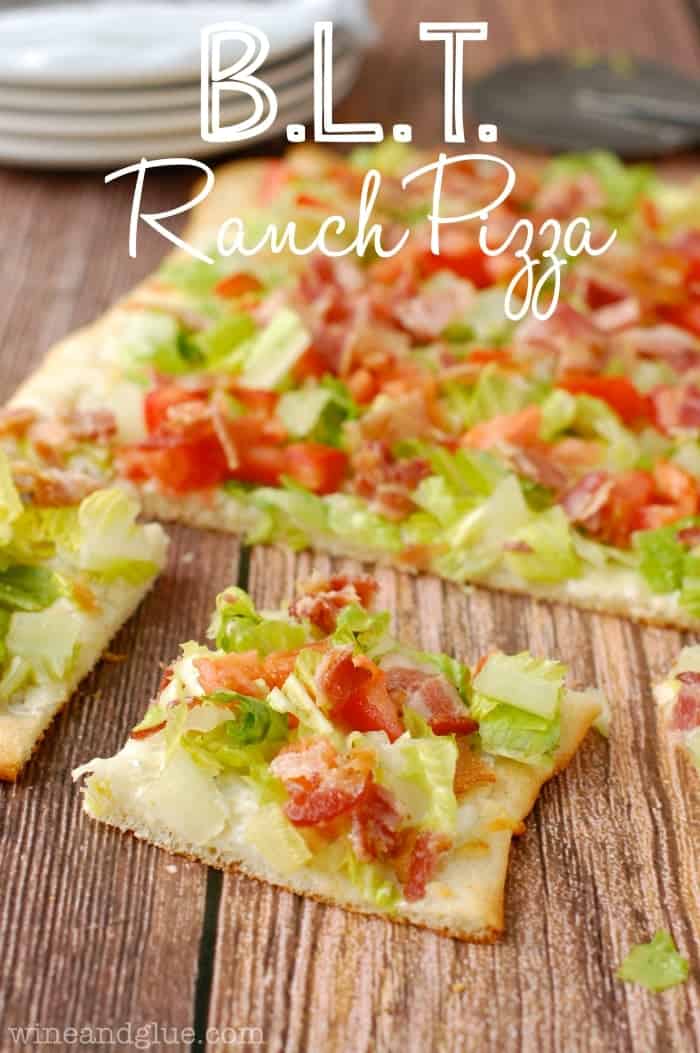