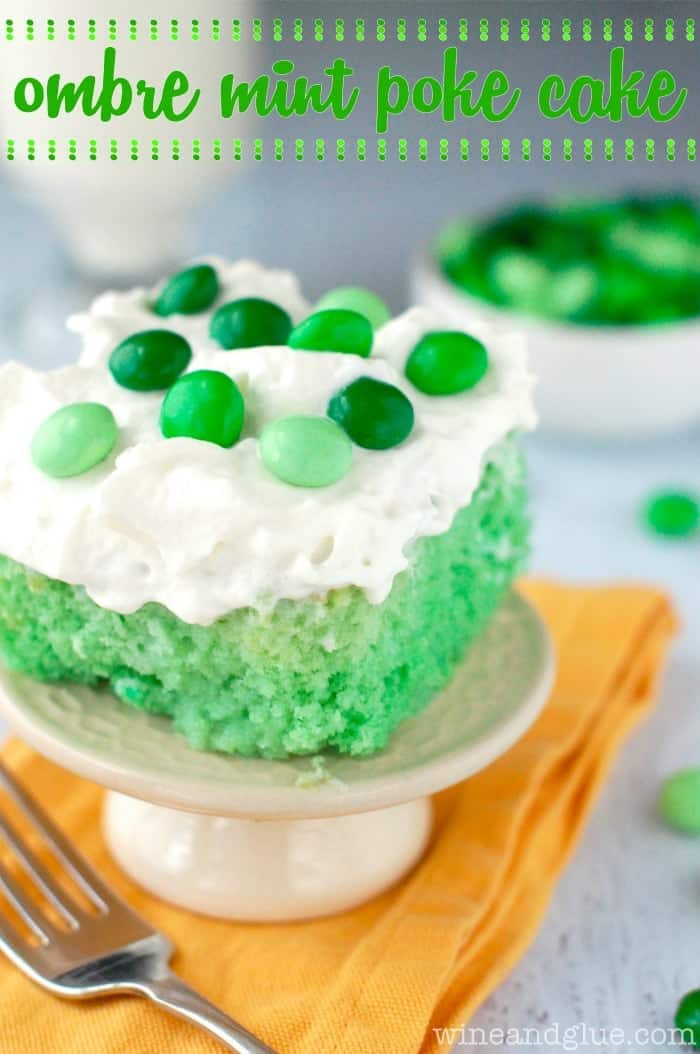 Life as a blogger can be really funny sometimes. Especially when you are doing it as a source of income.

While wanting to stay true to yourself and posting/talking about things that are meaningful to you, you also really want . . . things to do well!

And the thing is, you never know what is going to be popular! These Cinnamon Roll Cheesecake Cookies were on my camera for almost a month before I posted them because I didn’t have anything else to put up. And they got pinned and shared like crazy!! Don’t get me wrong, they are super delicious, I just didn’t feel like they were a genius recipe or anything . . .

And then something you think is SO good and obviously everyone else will love too . . . flops. Like my Orange Nutella Chess Pie? OMG. That is the best damn pie I have ever eaten. And it did okay, but nothing compared to the deliciousness inside that pie crust. And seriously, I did think that was a genius recipe. 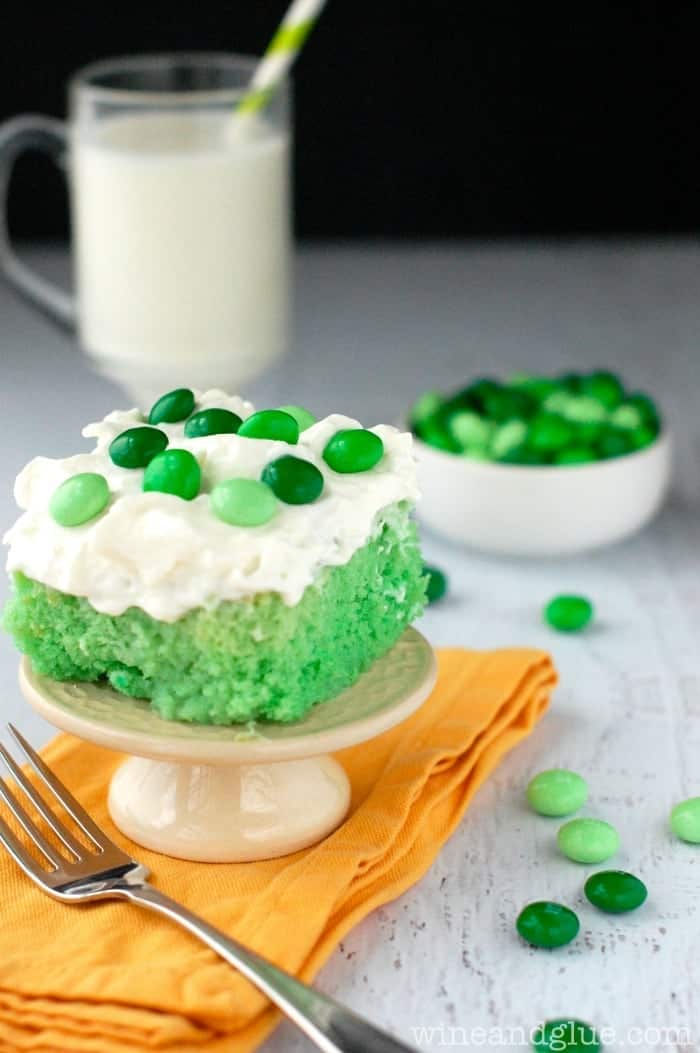 One recipe that I never dreamed of doing as well as it did was my Candy Corn Poke Cake. It was the number one post viewed in 2013 on Wine & Glue by a looooooong shot, and that is really saying something, considering I posted it at the very very end of August. So it was only really relevant for two months last year.

So this poke cake is my homage to the Candy Corn Poke Cake. My silly attempt to recreate some of the magic from that orange, yellow, and white wonder.

It’s not quite as ombre as I wanted it to be. Next time I make it, I will up the food coloring in the bottom and middle layers a bit. But it is delicious! It’s just the right amount of mint, and I love the minty M&M’s on top. Plus, for a pretty dessert, it’s not really hard at all. I totally made it while making dinner for the fam. 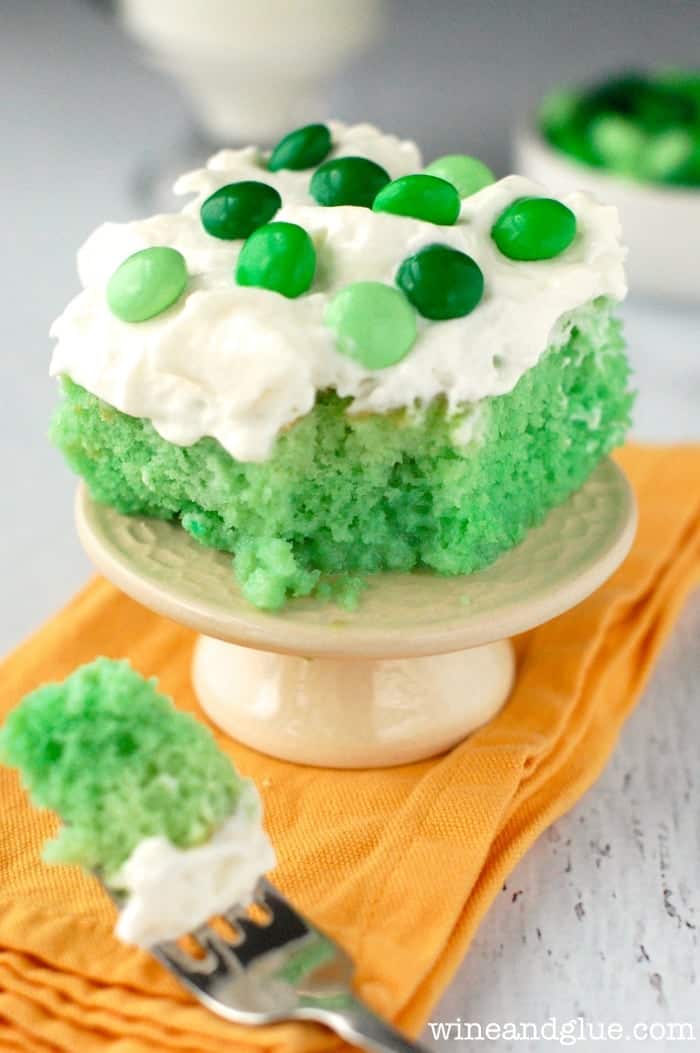 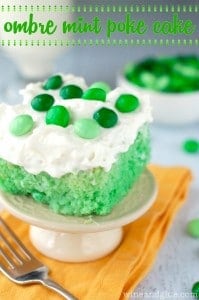 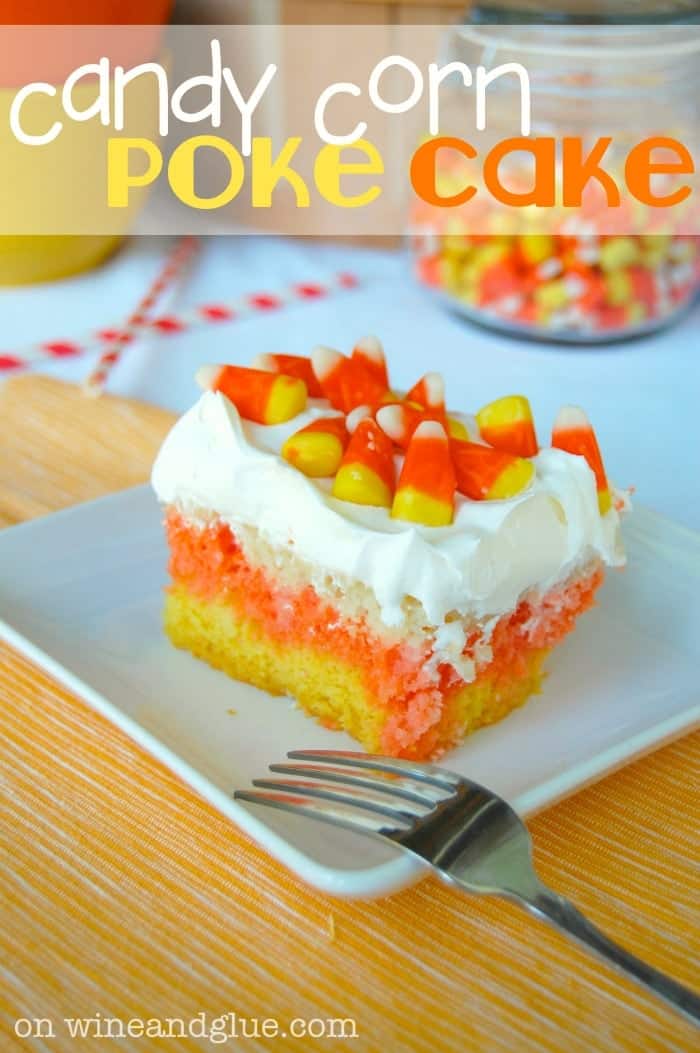 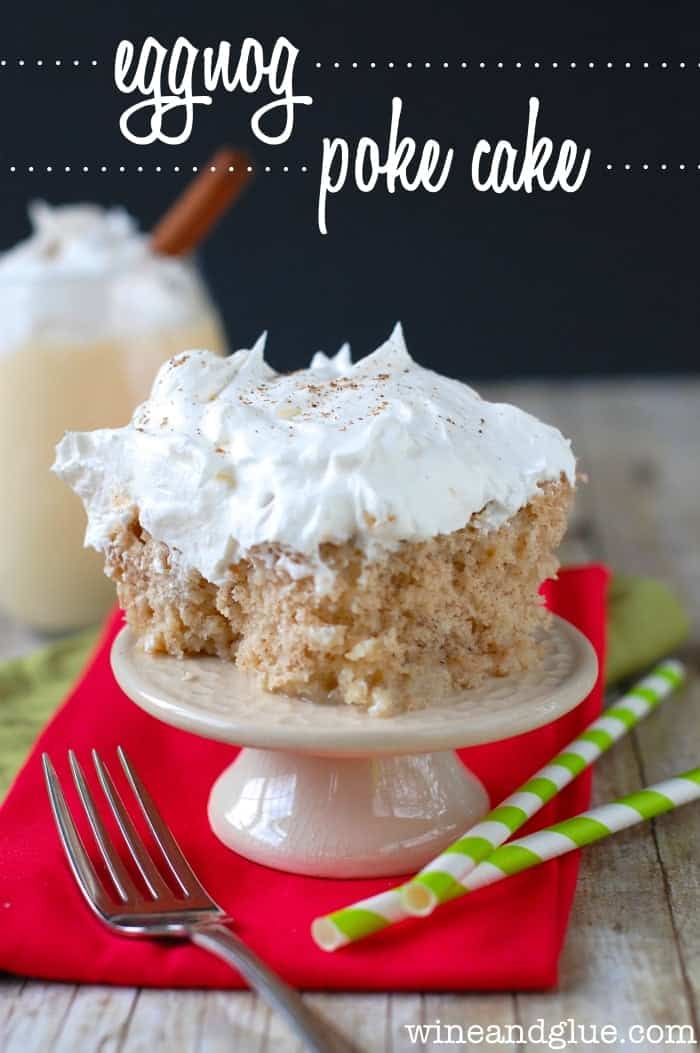 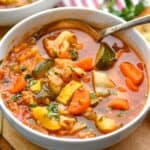 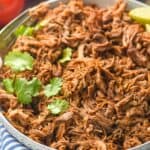 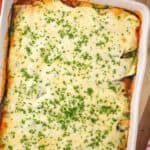 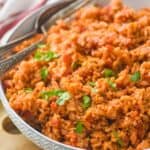