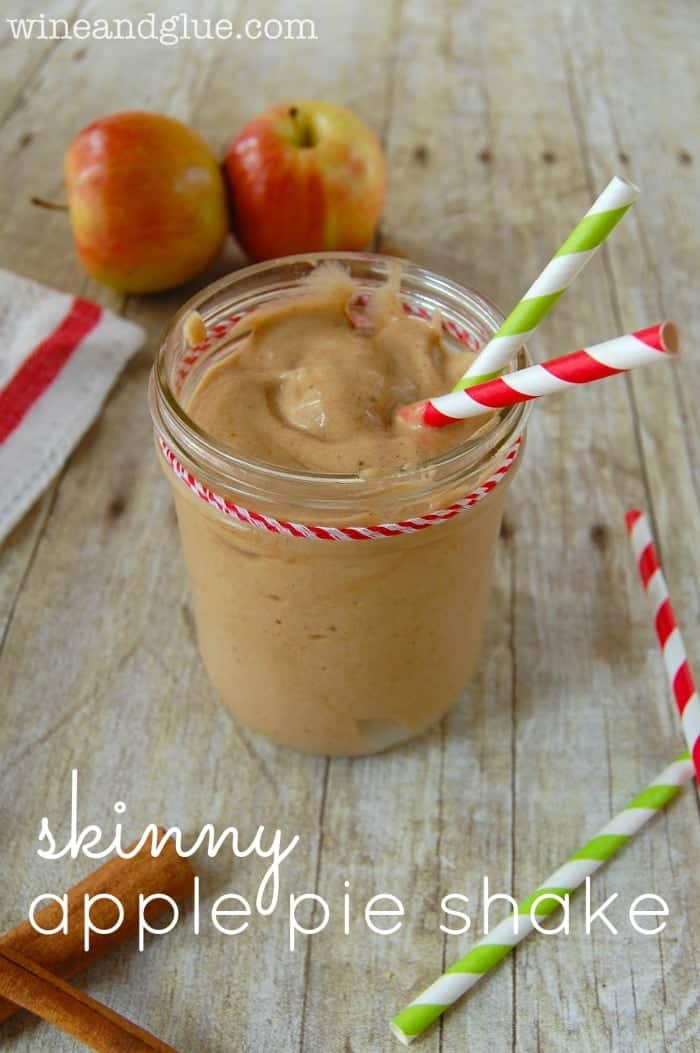 So I realized recently that there has been a new development in the language of Quinnese.

She has been putting “Aye” in front of everything.

And it has been such a regular part of our day to day life, that I don’t think I even noticed that my daughter is slowly but surely turning into a pirate.

All day long I hear 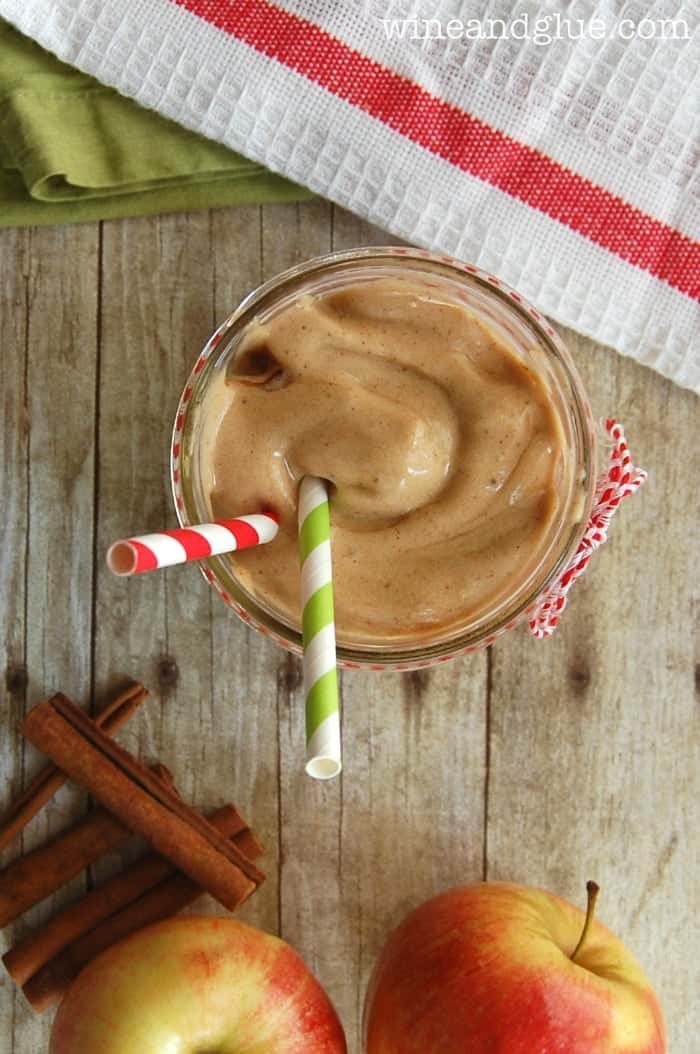 The upside, is that she’s also a pretty sweet kid.

And even though the pirate is often super demanding, I’ll take it. Because I know before long, the pirate will be gone and she’ll be speaking with proper grammar . . . and what fun is that?

Guess what else is sweet? This Skinny Apple Pie Shake! It’s made with frozen bananas instead of ice cream, so it’s easy on your waistline, but with the apple butter, cinnamon, and vanilla, it has the sweet taste of apple pie!

Okay, let’s be real for a second. It does not taste like you blended up a slice of apple pie with some ice cream . . . though that would be AWESOME (note for future blog posts) . . . but it is delicious, and it’s healthy! So you could feel really good about giving this to your kids as an after school snack! 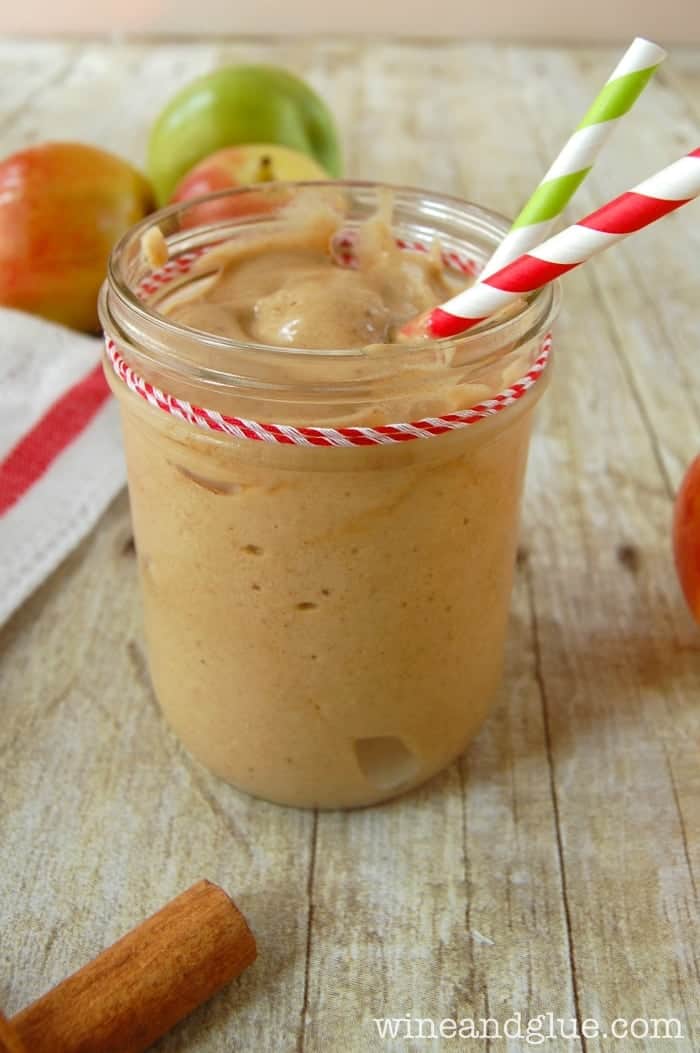 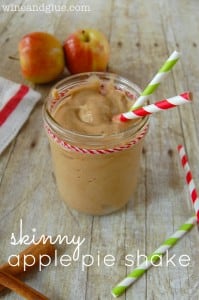 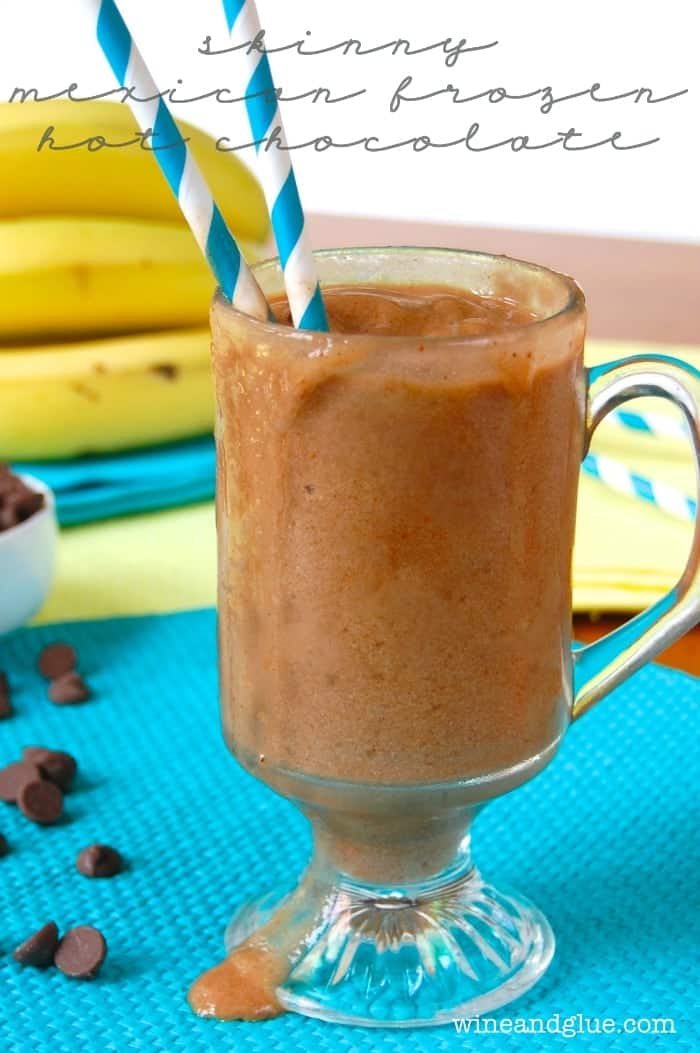 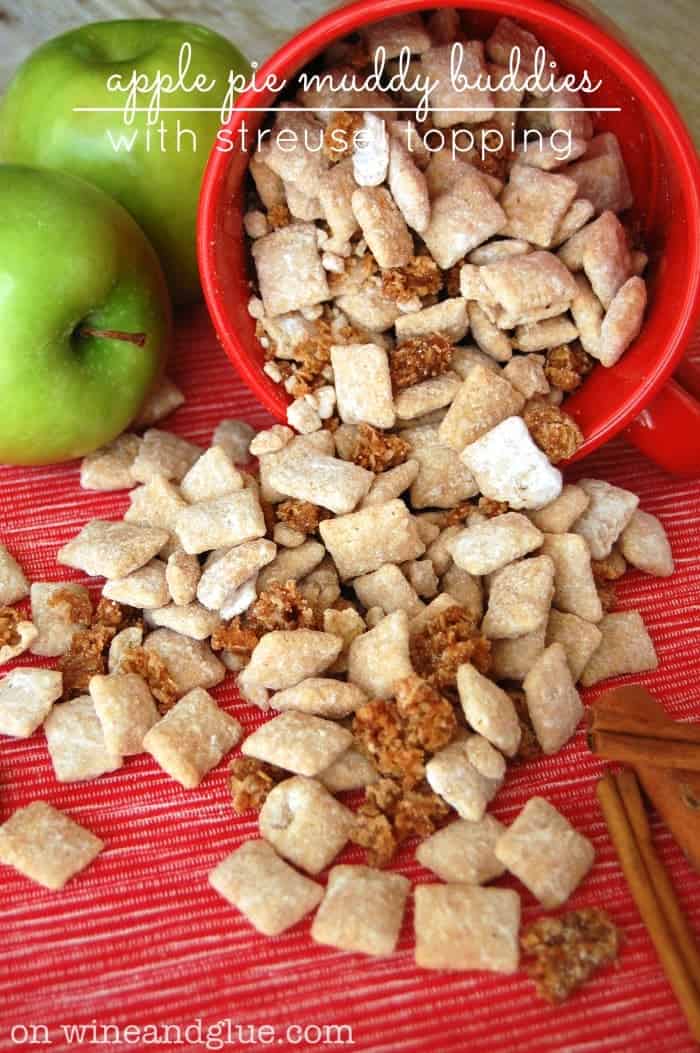 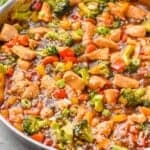 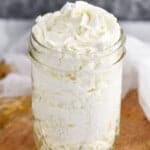