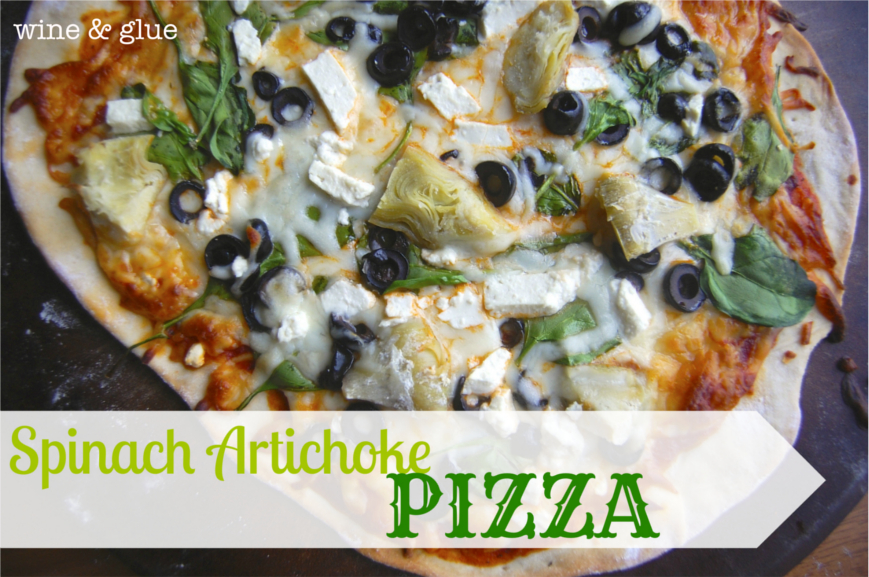 Let me paint a little picture for you. It involves me in a sundress as big as a house and in my final three months of pregnancy with Quinn.

Wait. You don’t like the picture I’m painting so far??

Hang in there, it gets better.

Quinn was born in August, so the end of my pregnancy was hotter than Ryan Gosling standing on the sun. (Did you like that? As you read it could you hear Nathan letting out a huge sigh and rolling his eyes??) 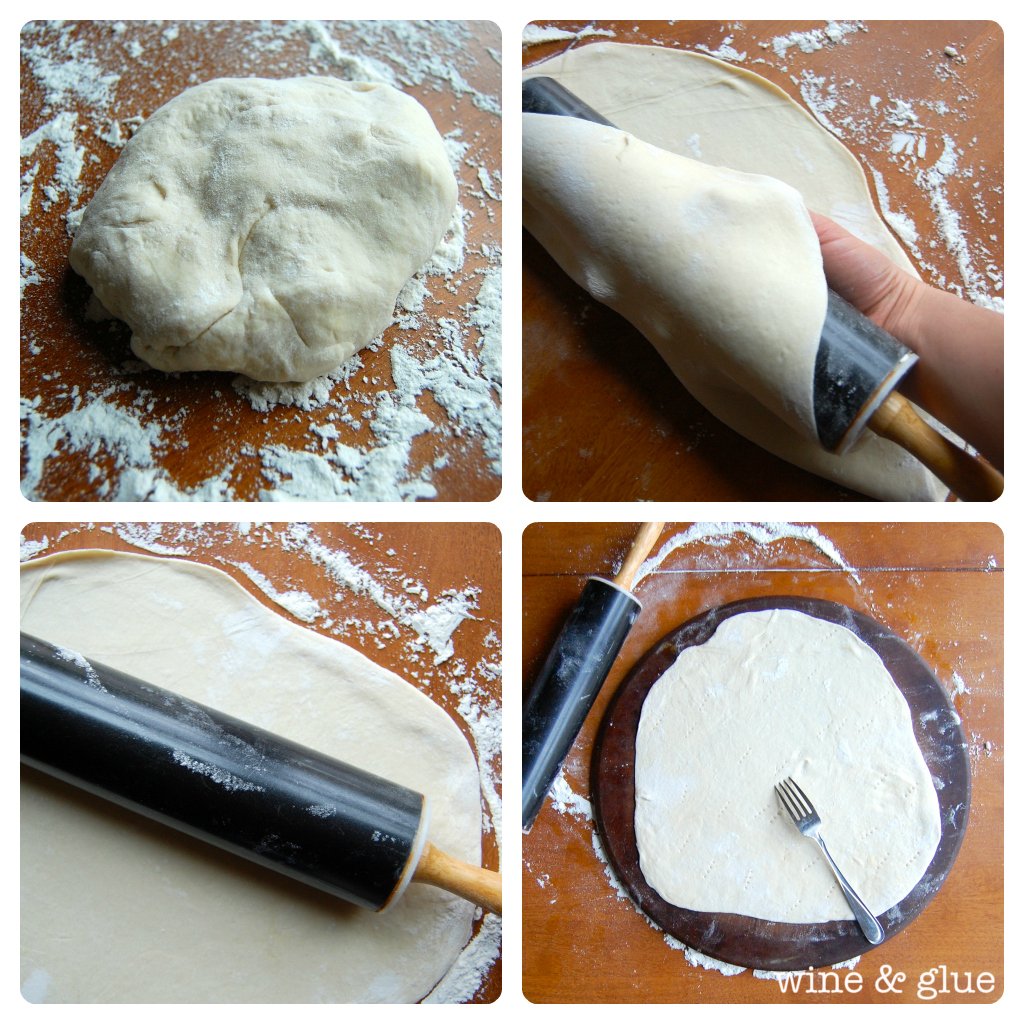 One of the things that pacified my heat exhausted, sore back, super crabby, pregnant for almost two years straight self was eating. And not just eating anywhere, eating at this amazing restaurant, Classic Slice. It’s this super yummy pizza place with all sorts of unique creations and we went there approximately  . . . ahem . . . ahhh . . once a week in the summer of 2011. Seriously, just thinking of eating there is making me salivate.

My favorite thing to get there is a giant slice (and when I say giant slice, I mean like classic NY style HUGE slice) of their “I’m Feta Up!!” Which now that I think about it, it speaks to the compassion of the employees of Classic Slice that they didn’t snicker at me every time I ordered it in my giant pregnant bloated state. 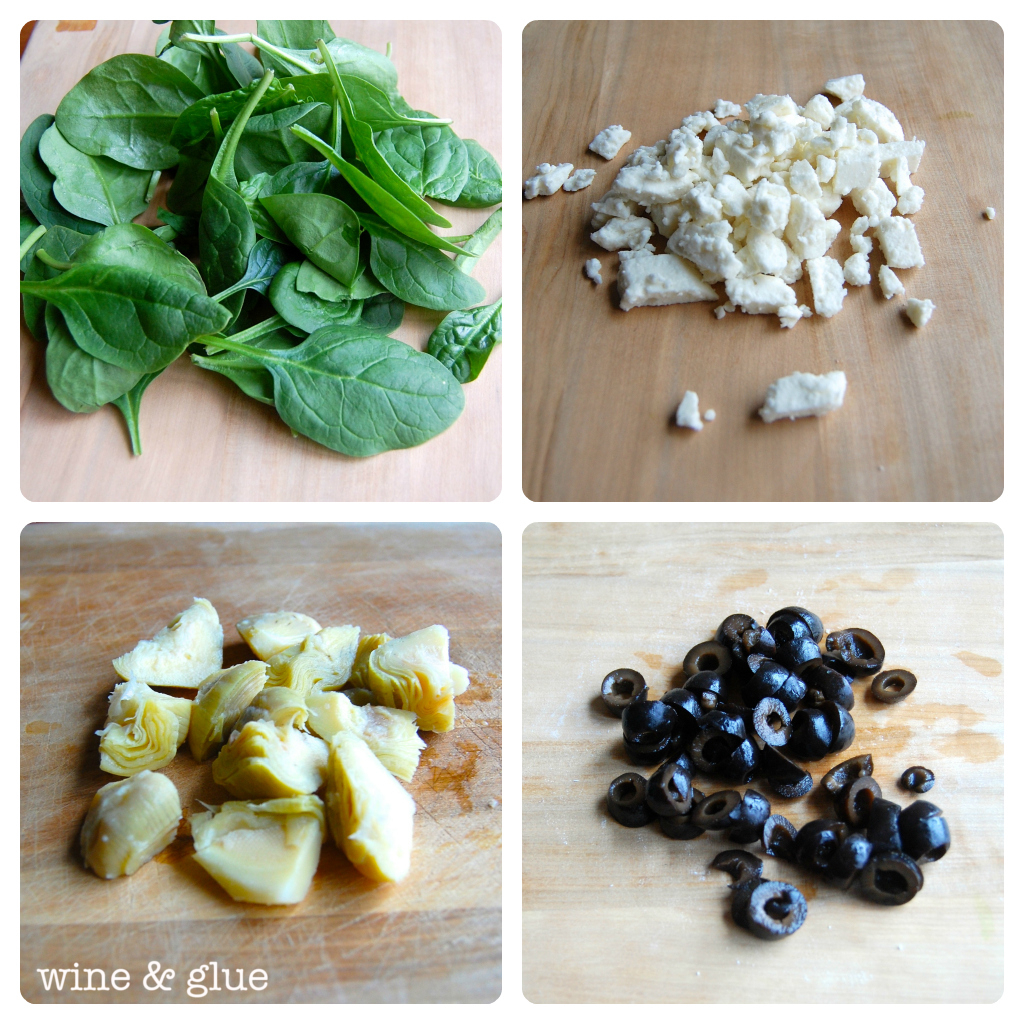 It is covered in the most delicious combination of black olives (which I could eat an entire bowl of in one sitting), spinach, artichokes, and feta. Why does the combination of spinach and artichokes with cheese have to be so irresistible?? 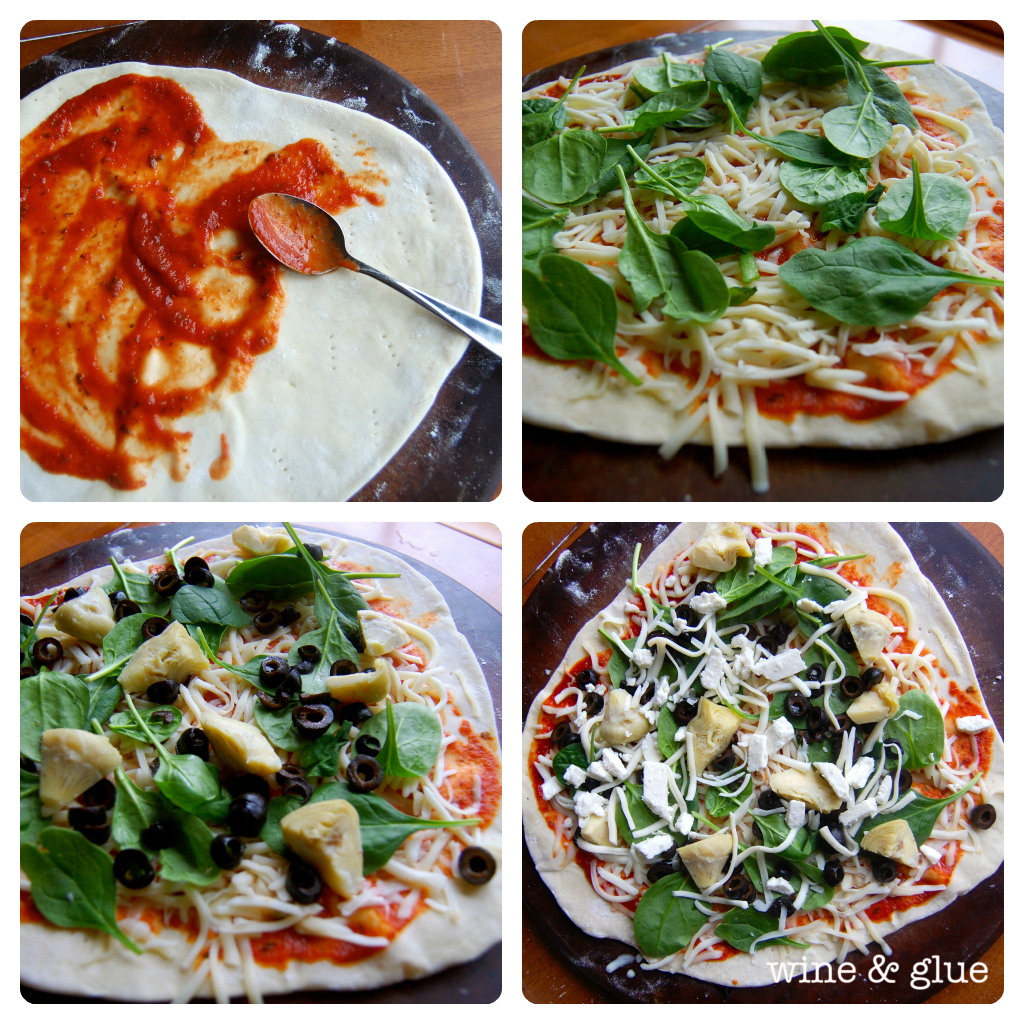 I made some the other day with this great homemade pizza dough. Do you make your own dough? It could not be simpler or cheaper! Flour, yeast, sugar, water, oil. Done. And the recipe that I make is enough for two crusts!! So while I’m devouring my artichoke pizza, Nathan can eat whatever nonsense he wants on his. If, on the other hand, your family all likes artichokes, just pop the other half in an air tight container and throw it in the fridge for the next night. Just be sure to leave it out on the counter for a good 10 minutes before you start to roll it out.

This pizza turned out awwwwwesome! And it was similar enough to the Classic Slice version that I was transported back to the summer of 2011. I swear I even felt a kick. Though that could have just been my hungry stomach leaping for joy as it was given Spinach Artichoke Pizza. 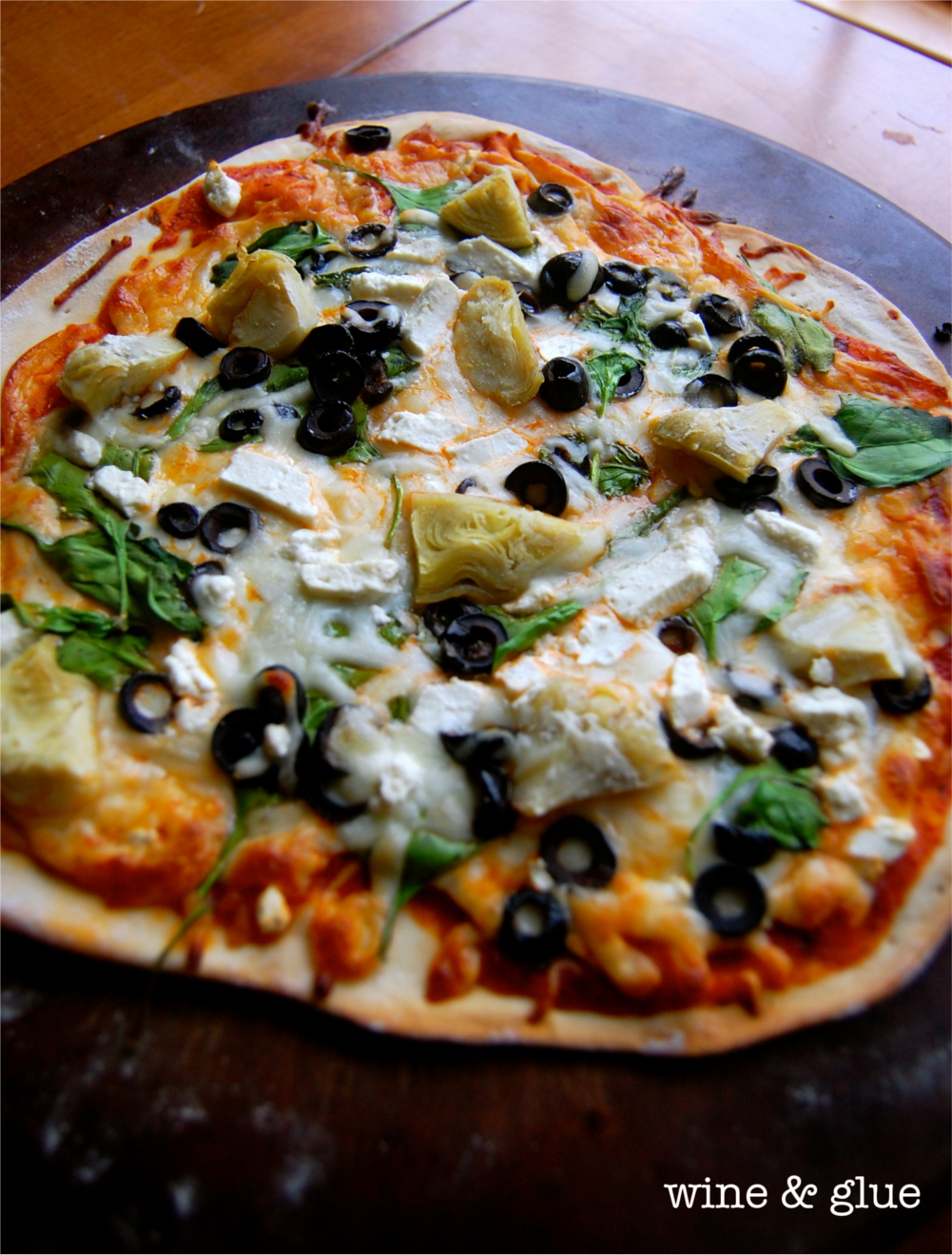 Another great thing about this pizza? It’s so flavorful, that if you want to vegan on your Meatless Mondays, you can skip out on the cheese, and it would still be super delicious!

What’s your favorite kind of pizza??

The Good Stuff on Top