This post may contain affiliate links. Please read my disclosure policy
PinShareTweet
Jump to Recipe
This Bacon Cheese Beer Bread is super simple to make with only FIVE ingredients, and super delicious! Love this but want the original? Try my Three Ingredient Beer Bread! 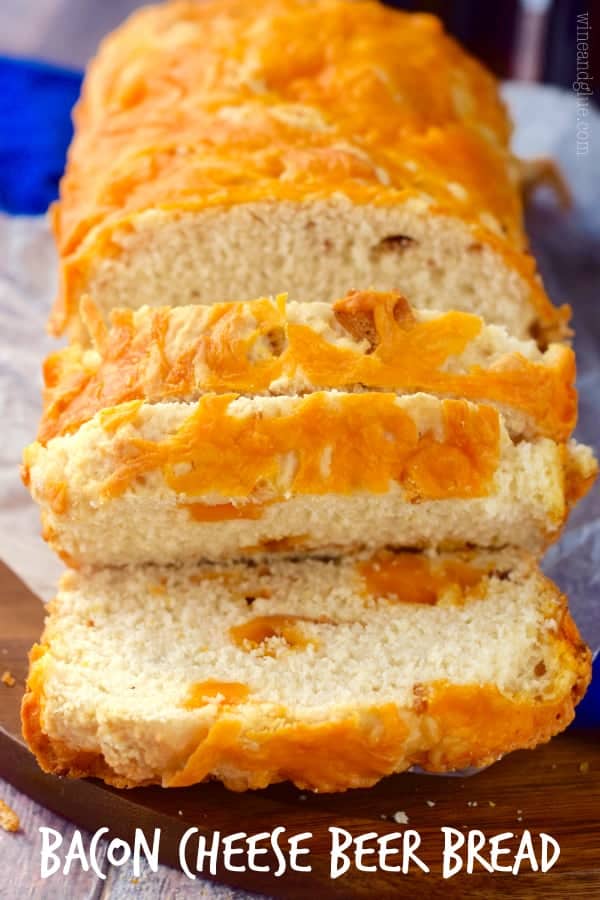 Can I tell you something that is going to make you so happy you want to cry??
My very dear friend, Erin, IS HAVING A BABY!!

Okay. This may mean nothing to you, but let me tell you what it means to me. 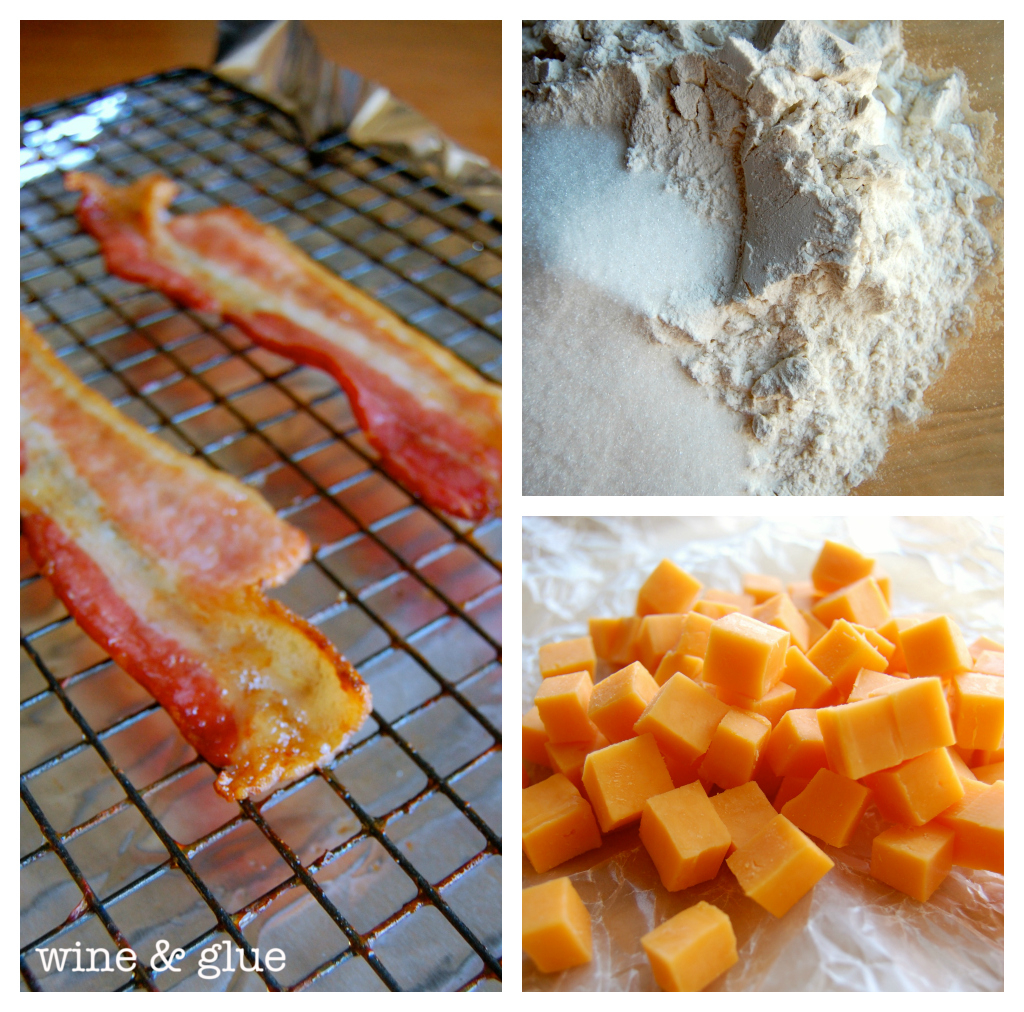 Erin is one of my nearest and dearest friends. She was my dog sitter when I gave birth to Gavin and when we walked in the door with our little baby for the first time, I could not have been happier to have her sweet face waiting for me.

Around my house, she is known as Auntie Erin. And she is the absolute best. We freak out when we get to see her because we love her so much. She brings awesome presents (to all of us) and I can say almost anything to her and she is neither shocked nor phased because she knows me so well. 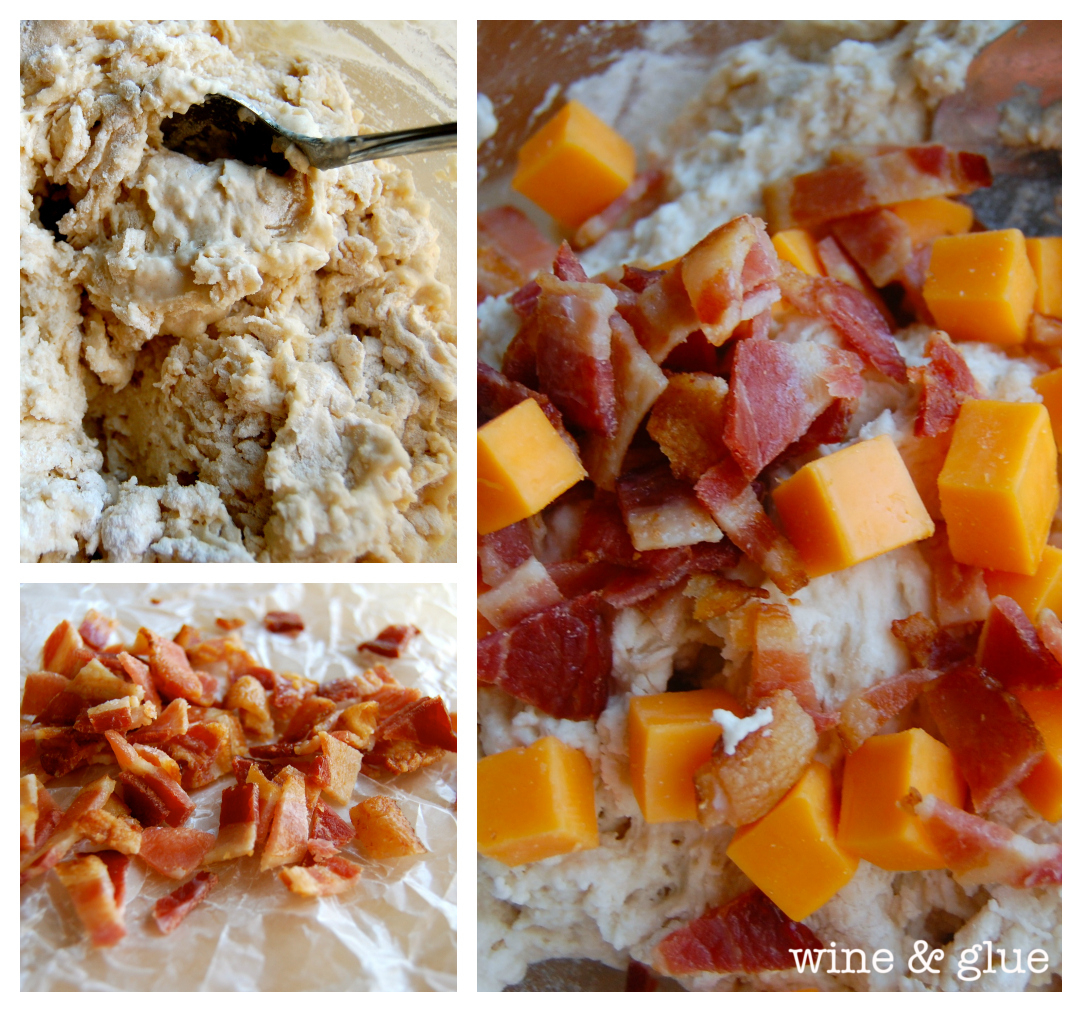 Well, about a month before Elliot was born, Erin and this most amazing man (who now happens to be her husband) moved waaaaay out west. They were headed to school, a new adventure, and a climate that doesn’t make you want to cry in mid-January.

And then we found out Elliot was sick.

When I was laying in a hospital bed waiting to go under the knife, Erin was begging me to let her jump on a plane immediately and fly out to join us. I told her no. I think because saying yes meant admitting how serious things were, and because I didn’t know what was coming and when exactly I would need her.

She flew out the week between Elliot’s passing and his funeral. She cried with me. She helped take care of Gavin. And we all cried when she headed back out, knowing that it would be harder without her around. (Erin’s crying and feeling guilty reading this, but she shouldn’t.)

And Quinn. Man. Erin loves that kid so much. After Quinn was born, Erin had me send a picture of her every single day until she could meet her. We called in the Daily Quinn (DQ). As in 10 pm rolling around and me getting a text message from Erin saying, “Could you please send me my DQ??” 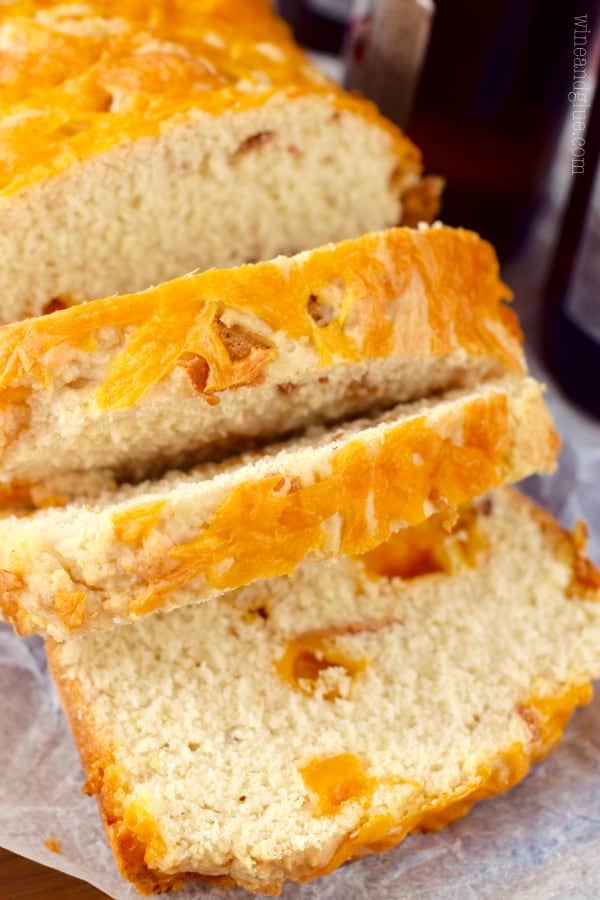 {Incidentally, it was shortly after Erin moved out of state that I had to switch to unlimited texting.}

You get it now, right?

Erin’s not just having any baby. She’s having my little niece or nephew. And I know that she wishes, almost as much as I do, that she lived closer. I know how much she misses the midwest, and all our bacon and cheese loving ways. She once purchased bacon flavored lip gloss. No joke.

So Erin, this Wisconsin Bacon Cheese Beer Bread is for you. Eat some. Skinny Two needs a little more Wisconsin in him (or her). And tell her (or him) that Auntie Lisa can’t wait to squeeze her (or his) cheeks!! 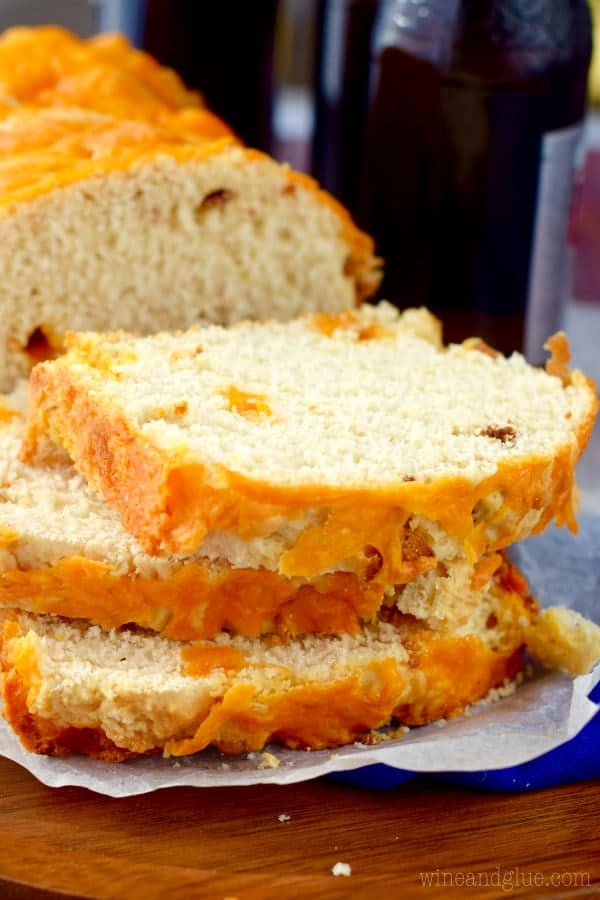 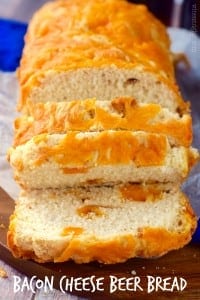 Adapted from The Food Network. 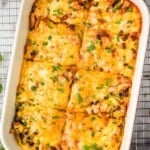